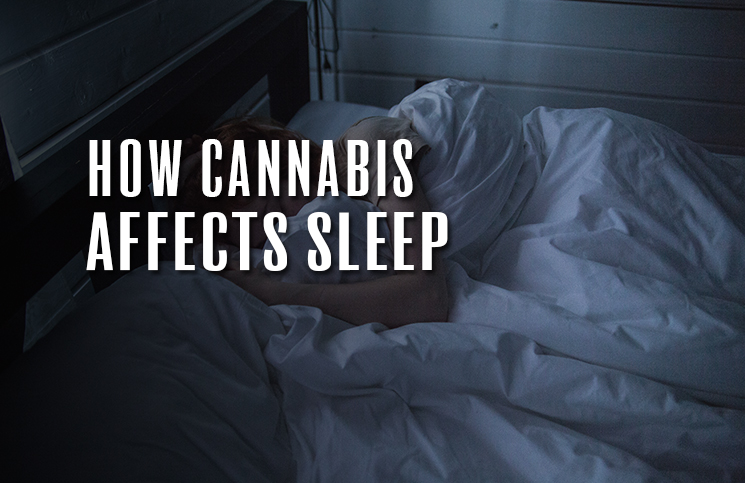 Although there are strains of cannabis that will have a greater or lesser effect on how easily you get to sleep, there’s some debate about how it affects your sleep itself. There have been studies that show smoking can help you get to sleep faster, and honestly the plant has been used as a sleep aid for centuries. So we know cannabis can make you sleepy, but does it help you sleep better?

There are two components in rating the effectiveness of sleep: the duration and the quality. You’ve no doubt heard everyone recommend eight full hours of sleep, although science shows there is some variation here. There’s a small percentage of the population that can truly skip an hour or two, but that’s about it. Sleep is utterly essential to our survival and mental well-being, as Randy Gardner found out years ago when he stayed awake for 11 days straight — a record he never fully recovered from. The good news is, cannabis can prolong sleep and help you get to sleep faster.

However, researchers have found that cannabis can disrupt REM sleep. There are essentially two phases of sleep that account for the restful sleep your mind and body require to keep going every day. One phase is deep sleep, which cannabis promotes. Deep sleep helps the brain sort and store all the stuff it encountered through the day. This is why cannabis is great if you have insomnia, as sufferers only sleep a few hours and the brain has a harder time with memory recall (among other issues) as a result.

Now, REM sleep comes from the “rapid eye movements” seen under the eyelids during this phase. We’re still unlocking the mysteries of sleep, but REM sleep is usually when we dream. Since cannabis can shorten the amount we’re in the REM phase, it can also reduce dreaming. There are actually four phases of REM sleep, but scientists believe overall it’s needed to help regulate the body’s temperature and neurotransmitter levels. All the chemicals that are used during the day to help you make decisions need replenishing and something that can happen is it can become harder to make decisions later in the day. This is called “decision fatigue” and you can imagine it gets much worse with less REM sleep.

The good news here is that your body can “catch up” on REM sleep provided you eventually get a full night’s rest and your brain goes through all the necessary phases. Cannabis isn’t the only compound to deter REM, as nicotine and alcohol will do the same, as will some medicines.

Speaking of medicine, it’s the complex nature of the cannabinoids and their interaction in our bodies that makes this research a little uneven so far. For example, since cannabis is prescribed for PTSD, at what level is it aiding sleep versus the effects of the trauma? Trauma can induce insomnia, as can chemical interactions and a dozen other factors. Figuring out which cannabinoids work best with sleep is what researchers are starting to figure out.

What you need to know is the three well-known cannabinoids in cannabis will impact your rest in different ways. CBD is often used to help with alertness, but it can help relax the body enough to become restful. Cannabinol (CBN) appears to have a strong sedative effect. When combined with THC, CBN may even multiply this effect. But CBN is found in aged cannabis, whereas THC is more prevalent. THC reduces dreaming and REM, as mentioned above, even though it  may offer sleep-inducing effects.

Finally, the terpenes in cannabis that give each strain its particular smell and taste also play a role in sleep. Perhaps the most promising is Linalool, also found in lavender, a plant well-known for its calming properties. Linalool increases adenosine, which is a sedating hormone that helps guide our body into restful sleep.

The effects of cannabis on your sleep are still being understood, but sleep itself is a bit of a mystery to us. We can’t live without sleep, however, and it seems cannabis can help those who have trouble getting enough.