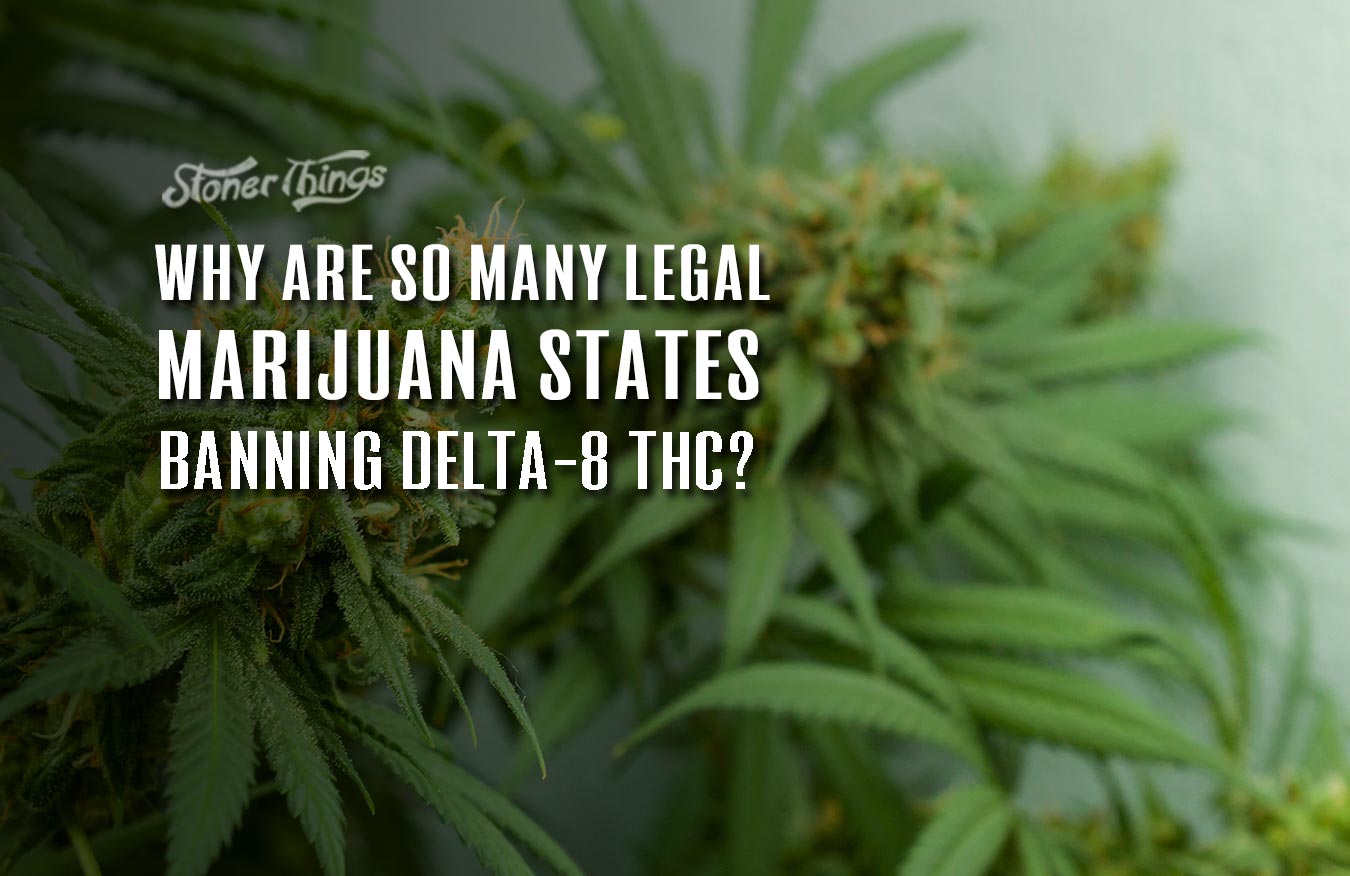 When the history of marijuana legalization in the US is written, it’s unlikely former president Donald Trump will be credited as the first commander-in-chief to sign off on a bill that federally authorized Americans to get high from weed. But history is a series of unintended consequences, and the 2018 Farm Bill is one such example.

Delta-8 THC is delta-9’s lesser known molecular sibling. It’s also present in hemp and cannabis but in much smaller quantities than delta-9 THC. As the names would suggest, the two are very similar. Both have a double bond structure that binds to the body’s endocannabinoid system, and this is what gets you high. The difference between the two is in the location of this double bond along their chains of carbon atoms. For delta-8, it’s on the eighth carbon atom while for delta-9, to no great surprise, it’s found on the ninth.

But this subtle difference has serious implications, both in terms of delta-8’s legal status and its intoxicating effects. Delta-8 gives its users a buzz just like normal THC, but it’s a mellower high with less of the negative effects often associated with weed, like anxiety and paranoia. And, with a strictly textual reading of the 2018 Farm Bill, it’s as legal as CBD.

That’s because the only cannabis compound explicitly prohibited under the legislation is delta-9 THC. This legislative loophole has led to an explosion of interest in delta-8 THC. Sales topped $10 million in 2020 and it’s now regarded as the fastest-growing sector of the hemp market.

This hasn’t escaped the attention of lawmakers and officials across the country. The Drug Enforcement Agency issued an interim rule last year which claims that “synthetically-derived tetrahydrocannabinols remain schedule I controlled substances.”

How ‘synthetically-derived’ is defined, however, remains unclear. Delta-8 THC is a naturally occurring compound but, given its relatively small abundance in hemp, the extraction process required to isolate the compound to sufficient quantities is complicated and potentially dangerous. That’s because it involves the use of toxic chemicals which must be purged from the final product before it can be safely consumed. And not all delta-8 suppliers can be trusted to do this to the standard required.

It’s for this reason, in particular, that state lawmakers across the country are moving to ban delta-8 THC, even in states that legalized recreational cannabis. So far, eighteen states have done so, with several more reviewing its legal status. The argument goes that with unscrupulous sellers abound and a lack of scientific understanding of the compound’s effects, it’s best to prohibit delta-8 THC in the interest of public health and safety. But where have we heard this argument before?

Knee-jerk delta-8 prohibitionist states might do well to look at the example of Michigan, which has instead opted to regulate the compound in the same way it does for delta-9. That, after all, is the most effective way of ensuring that people are consuming safe delta-8 products. For state lawmakers, who style themselves as cannabis reform advocates, to support a new wave of THC prohibition shows they haven’t really learned the lessons of the failed drug war.