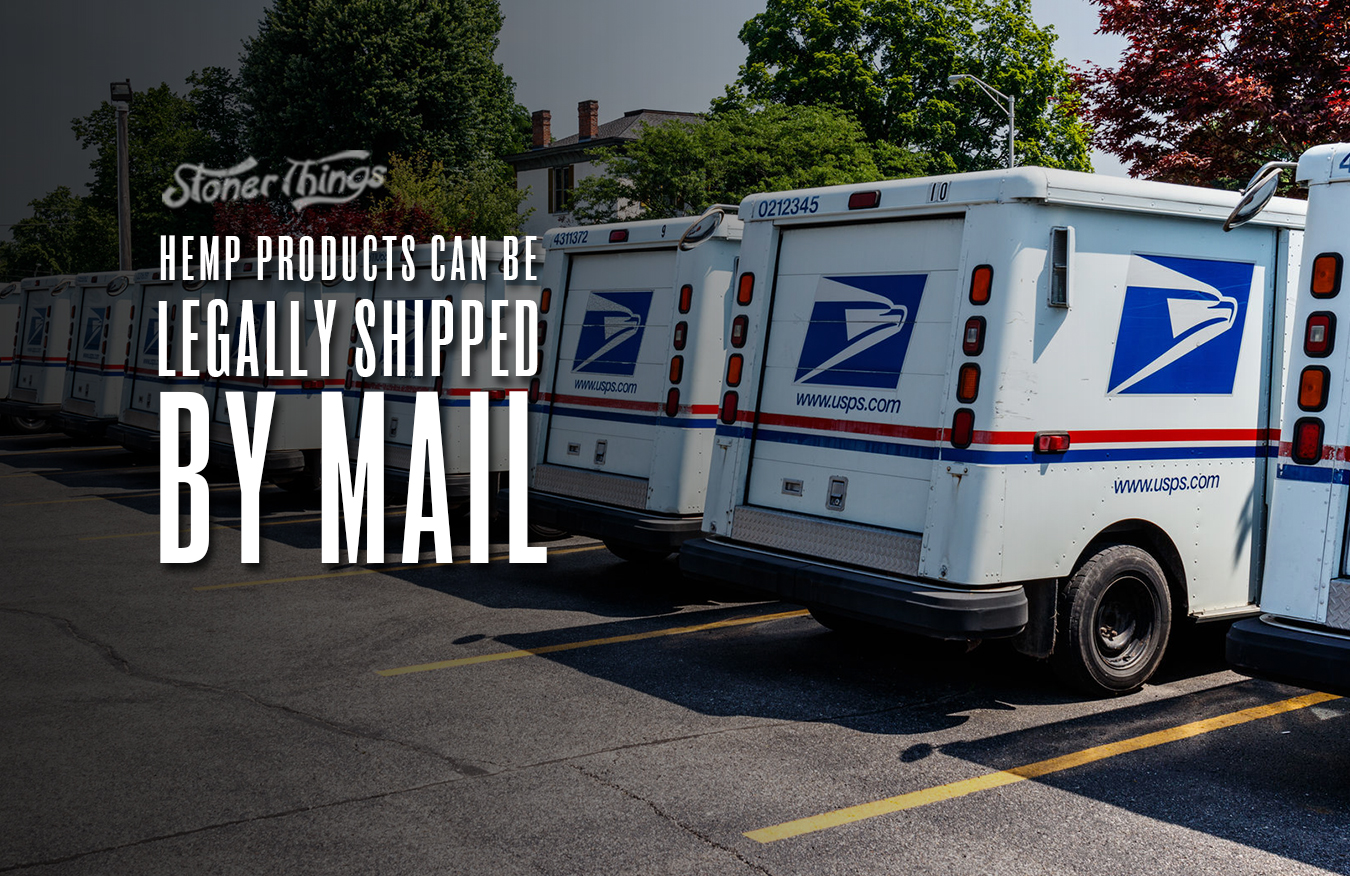 Across the USA laws are changing, but so far at the Federal level marijuana is still illegal. The 2018 Farm Bills legalized hemp, however, which changes the story for the US Postal Service. There was a time when industrious pot farmers would try their luck with various shipping companies, USPS included. Legends have arisen over marijuana shipments traversing the country via overnight packages only to safely arrive at their destination unscathed. But such parcels were illegal, of course. Now with hemp legal across the country, producers of CBD products are wondering if they can ship out-of-state. The USPS says this is now allowed. Previously, even legal hemp was sometimes seized.

In order for shippers to be compliant with USPS policy, they must follow a few rules. First, they have to include a signed self-certification statement. This basically tells the government they aren’t lying on the forms. The hemp producer must have a license issued by the state and local Department of Agriculture saying they can produce and market their product.

Of course, since this is hemp we’re talking about, the THC concentration can’t be over 0.3% on a dry weight basis. However, the USPS leaves full documentation up to the producer and shipper, as those documents don’t have to be included. Obviously state governments have their own implementation of inspections and other mechanisms for regulating and taxing hemp, which the USPS leaves to them. This guidance seems to be a response to a case in 2018 where the postal service seized some CBD products. The judge ruled that hemp products made legal by the Farm Bills allows interstate commerce.

Some interesting twists, noted here, include a mention that this is only temporary guidance. The 2018 Farm Bill is still being implemented — laws take time to go into effect as documentation is updated and personnel are trained. As such, the USPS will update its rules as the regulations go into effect or are fully documented in practice. Also, it would seem that the documentation the USPS says is necessary isn’t really necessary. It’s more of a safeguard for shippers to ensure their products aren’t seized. The postal service appears to be laying the groundwork for future rules. If marijuana were to be legalized at the Federal level, it’s conceivable that an entirely new set of rules would be enacted. Of course, who knows when that will happen.

Meanwhile, the guidance from the US Postal Service will hopefully relieve the worries of producers, marketers, and consumers about buying hemp products online. From tinctures to oils to even flowers, this exploding area of commerce is now given the blessing of the postal service to use its routes and infrastructure without legal interference.