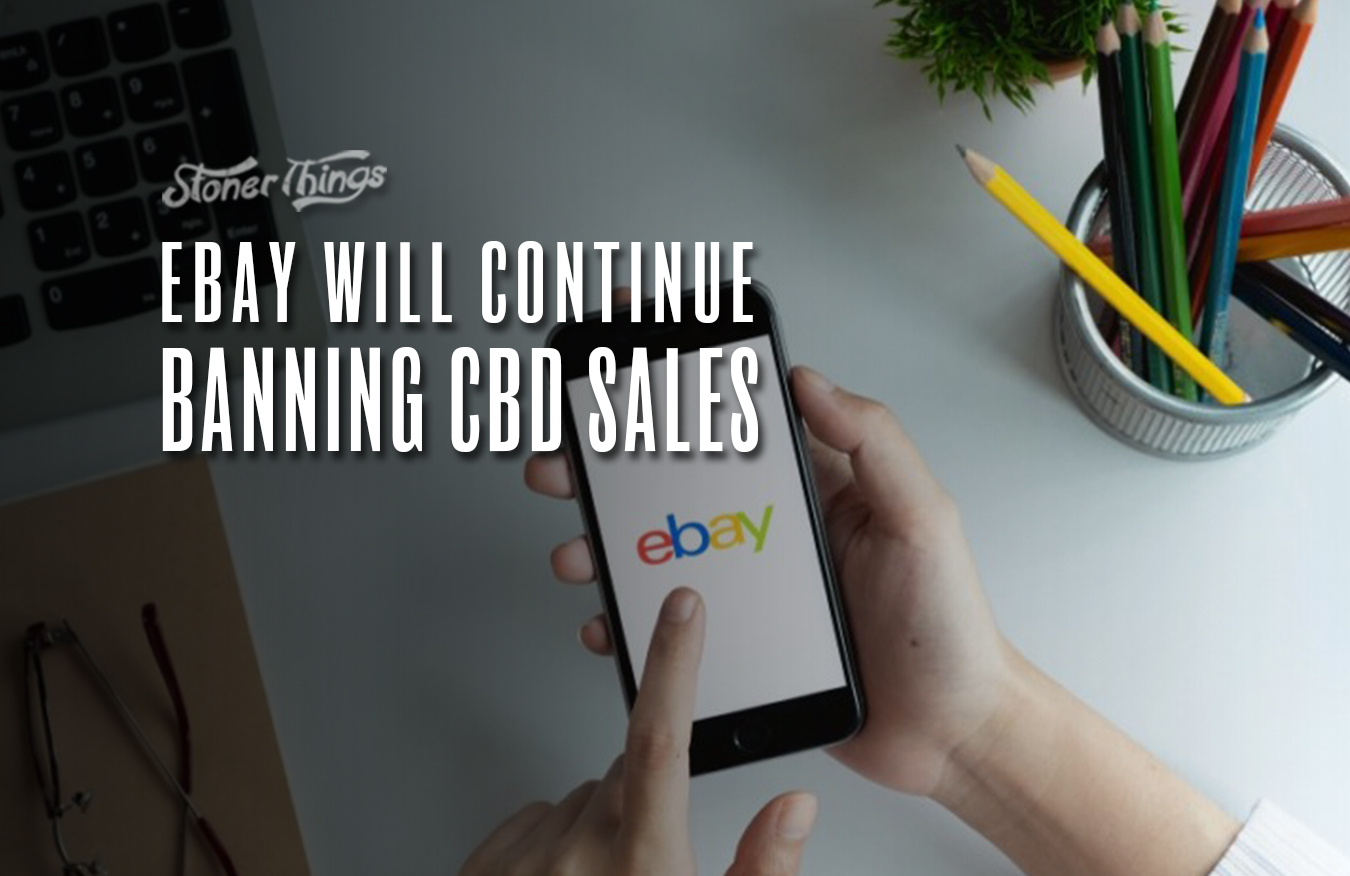 Sorry CBD fans, but eBay has finally officially clarified via Twitter that all CBD product sales are prohibited globally on the large buying and selling platform. To the frustration of many sellers that use eBay to run their businesses and generate income, the widely popular site has been removing any items for sale that contain CBD. In a response to a complaint made on Twitter by a concerned customer, eBay stated that, “The sale of CBD products is highly regulated in many countries. While they may be legal to buy and sell in some countries, they are regulated by the FDA and enforced by some law enforcement agencies. For this reason, we have decided to prohibit the items globally.”

This did not go over well. Longtime customers replied to this tweet calling the ban “ridiculous,” and “ignorant.” Despite this public announcement made by the @AskeBay twitter handle, many CBD products still remain on the site. Items such as CBD oils, creams, and capsules can be found on eBay with price tags ranging from $10 to $200.

CBD has widely been a controversial product, mainly for its association with marijuana. Although CBD is an extract from the cannabis plant, it is made from hemp, not weed. CBD does not cause an altered mental state when used, or cause any ‘high’ that is accompanied with marijuana consumption, which makes it suitable for many to treat a wide variety of ailments.

CBD is popular among patients of all ages, and has exploded in both the legal and illegal markets. It is often used to treat chronic pain caused by arthritis and heart disease, and mental illnesses such as anxiety and depression. It is a more natural and holistic way to go about medical treatment, and many people are finding the compound to be useful as an alternative to traditional medication.

Of course, anyone who is considering using CBD should always consult a doctor first and inform them of any preexisting medications being taken, as well as any allergies or medical conditions. Despite eBay attempting to rid its site of all CBD products, there are many other legal and reliable websites to purchase CBD products from.

Surely, eBay is going to take a substantial loss of revenue and vendors in banning these products. Since it is highly unlikely that CBD is going to be legalized globally anytime soon, the company is going to have to make a choice on whether or not to make changes to its regulations on CBD, or stand firmly on its decision to keep the products banned.