A good stoner movie is vital to pot culture; we get that you’re always eager for the next treasure to watch while baked. And nothing is better around the holidays than a little dose of nostalgia with your pot. So us folks at Stoner Things decided that with Thanksgiving coming we’d cook up a little post with some goodies you may not have seen while high. These are all short and all from classic children’s television, but they should entertain any stoner. 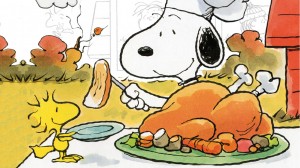 Sit back and blaze while you watch the depressing Charlie Brown get juked out of kicking a football and forced to reluctantly host a Thanksgiving Dinner for some of his friends. While the dinner he throws together is a huge letdown (the jello and candy might look good if you have the munchies, though), there’s a happy ending when his grandma invites everyone over for turkey. Watch if you want to laugh at Snoopy fighting with a folding lawn-chair. Pair with a light-hearted indica to feel mellow and enjoy the fun.

There must be something appealing about depressing main characters, because Jon is just as awful as Charlie Brown is. Garfield’s Thanksgiving mostly involves the fat cat being put on a diet and Jon asking Garfield’s vet on a date. She agrees to come over for Thanksgiving dinner, but on turkeyday Jon realizes he has no idea how to actually make any of the food. What follows is so dumb that it makes Charlie Brown’s meal look good; among Jon’s many mishaps is him buttering himself instead of the turkey (really?) and not wearing pants all day (what?). Go with a couch-locking indica for this one, at least so you’re not too invested into Jon and Garfield’s plight. But seriously, couldn’t he at least cook THC turkey stuffing? 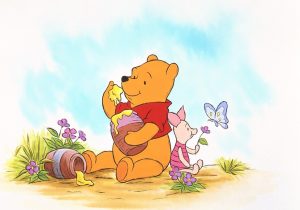 A Winnie the Pooh Thanksgiving

It’s a scavenger race of sorts as each member of the Hundred Acre Wood is tasked with hunting down a special item to make it a real Thanksgiving. Piglet’s anxiety may freak you out, so make sure you’re smoking a high-quality sativa to keep yourself calm. The gang’s friendliness will make you feel all warm and fuzzy during it’s short duration.