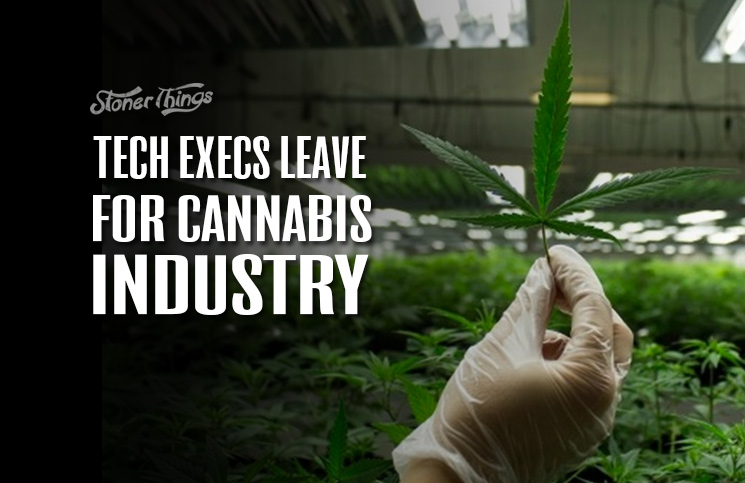 Apple, Microsoft, Google, and other tech behemoths have long lured the best and brightest to the Bay Area. Now many of those people see cannabis as a new green light on the horizon, a beacon of financial promise and social change. And they’re getting in on the game while it’s still young.

“This industry is becoming an economic engine for the country,” Chris Walsh of Marijuana Business Daily says. Jake Bhattacharya, who left a tech job to launch a California pot company, agreed: “The fastest-growing industry in America is marijuana. Period.”

So who are the entrepreneurs cashing in on the legal weed boom, and what can we expect from them? Here are four of the most important names, courtesy of The Cannabist.

Eric Eslao, 35, recently quit a six-year job at Apple to launch a line of gourmet marijuana chocolates. His Défoncé Chocolatier products are already on sale in dispensaries across California, and he hopes to supply them to restaurants once the drug is legal for recreation.

“I absolutely loved working at Apple, but I’m an entrepreneur at heart and I felt I could make a bigger impact by starting my own company,” Eslao says. “I founded Défoncé because my passions for both chocolate artisanship and cannabis connoisseurship found a home in one pursuit — the creation of a single-origin, craft, cannabis-infused chocolate.”

Alan Gertner, 31, spent six years traveling the world for Google, bringing the Internet to developing countries. He had an epiphany in Ghana last year, he says, when a tour guide told him, “You either work on something you love or work because it supports the people you love.”

Gertner’s Toronto-based business is both a marijuana cafe and a retail pot shop. His father, a longtime ganjapreneur, is helping him plan new stores in the United States. Tokyo Smoke may also develop its own proprietary strains, Gertner says.

“Leaving the corporate world was about finding something to work on that was more important than me,” he says. “I connected with the cannabis movement and believe that bringing elegance, thoughtfulness, and normalization to it can change our world.”

Pax Labs, a company run in part by Peter Bain, 40; Jonathan Bernbaum, 28; and Tania Goulart, 37, produces the most popular vape pen in the world. The three, who started at GoPro, jumped to Pax in 2015.

“My passion is helping build companies that drive change in some massive social and cultural experience, and the quickly changing landscape of cannabis is creating this at Pax,” Bain says. “I personally feel strongly about helping to mainstream and normalize the conversation about cannabis, and working with vapor products allows me to do that. Pax as a company is so well-positioned with some of the most talented engineers I’ve worked with, we have first-class customer service and an innovative approach to marketing.”

Most recently, Lance Galey, 41, led infrastructure development for Salesforce, where he rose to vice president; before that, he worked for Disney, Amazon, and Autodesk, where he was the lead cloud architect. Now he’s an executive at MassRoots, a marijuana social media platform.

“There is a massive market opportunity in cannabis right now,” Galey says. “The long game has already started, and there is enough fear around the industry that tells me this is actually the very moment to be here.”

Tell us: Would you enjoy working in the marijuana industry? What if there were no employee discount on grass? Leave a comment below.