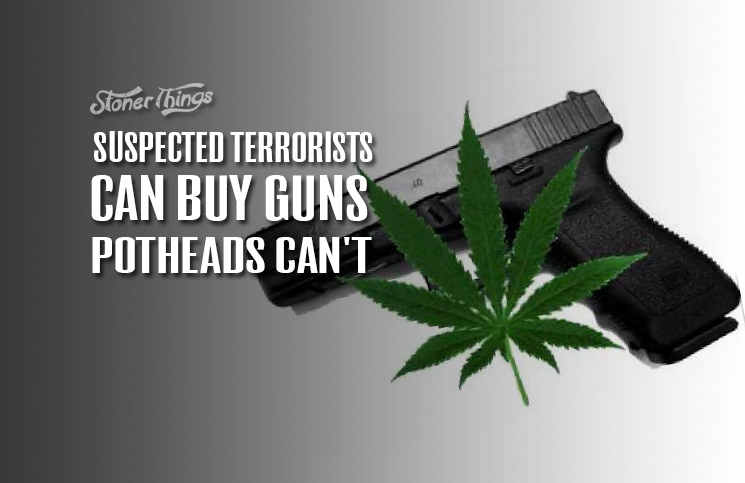 It’s easier to purchase a handgun than it is to buy an NRA mascot costume. You can get an assault rifle in less time than it takes to change your driver’s license. In some states, preteens can buy shotguns. 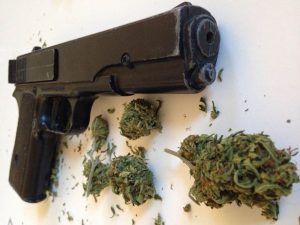 These are the facts most people see in the news these days. But there’s one that often goes overlooked: Suspected terrorists can legally buy guns. Medical marijuana patients can’t.

The reasons for that injustice boil down to partisan politics, but as with all things in modern American life, it’s complicated. Conservatives, including gun-rights advocates, typically aim more of their ideological fury at terrorists than liberals do, yet conservatives are mostly responsible for the ease with which suspected terrorists can get guns. Liberals, meanwhile, tend to support medical marijuana but are also the reason patients can’t get the same guns.

Liberal lawmakers, along with some conservatives, have long pushed to ban gun sales to anyone included on the so-called “no fly list,” which prohibits terror suspects from boarding flights in the United States. Omar Mateen, the Florida resident who killed 49 people at an Orlando gay nightclub in June, was on that list yet managed to legally purchase the assault-style rifle he used in the attack.

Preventing people like Mateen from buying firearms might prevent another mass murder, but the NRA and its supporters see that as a step down a slippery slope toward total gun control. They’re under increasing pressure to cave on the issue but haven’t shown any signs that’s likely to happen.

Firearms banned for those convicted of marijuana crimes

But while the debate over guns and the no-fly list rages on, lawmakers give little attention to the fact that federal law bars another group of people from owning guns under any circumstances: people convicted of marijuana crimes. The official position of the U.S. Bureau of Alcohol, Tobacco, Firearms, and Explosives is that cannabis users cannot buy, possess, or use firearms.

That includes retired law enforcement officers such as former Bernalillo County, N.M., Sheriff Darren White. As a medicinal marijuana patient, White openly admits he uses the drug and has invested in an Albuquerque dispensary and cultivation operation that employs him as chief of administration and security. He also owns a gun, he said – and he shouldn’t have to give it up just because he uses pot to treat chronic pain caused by injuries in the Army and the line of duty.

“It’s no different than using a prescription narcotic,” White said. Patients who use legal opiates may still possess guns, even though those drugs are far more addictive than marijuana and more likely to lead to violence. Painkiller addictions are relatively common among veterans and retired police officers, many of who continue to own guns after their service.

Holding a weapon while high is a terrible idea, White said, whether the drug is weed or heroin. But the federal approach to medical marijuana and guns is irrational, he said.

“It’s very similar to most of the ways the federal government approaches marijuana,” he said. “They have not caught up to the states. They do not recognize medical cannabis at all. States tend to lead the way on issues like this. They already have.”

Tell us: What should Congress do about guns, the no-fly list, and medical marijuana? Leave a comment below.