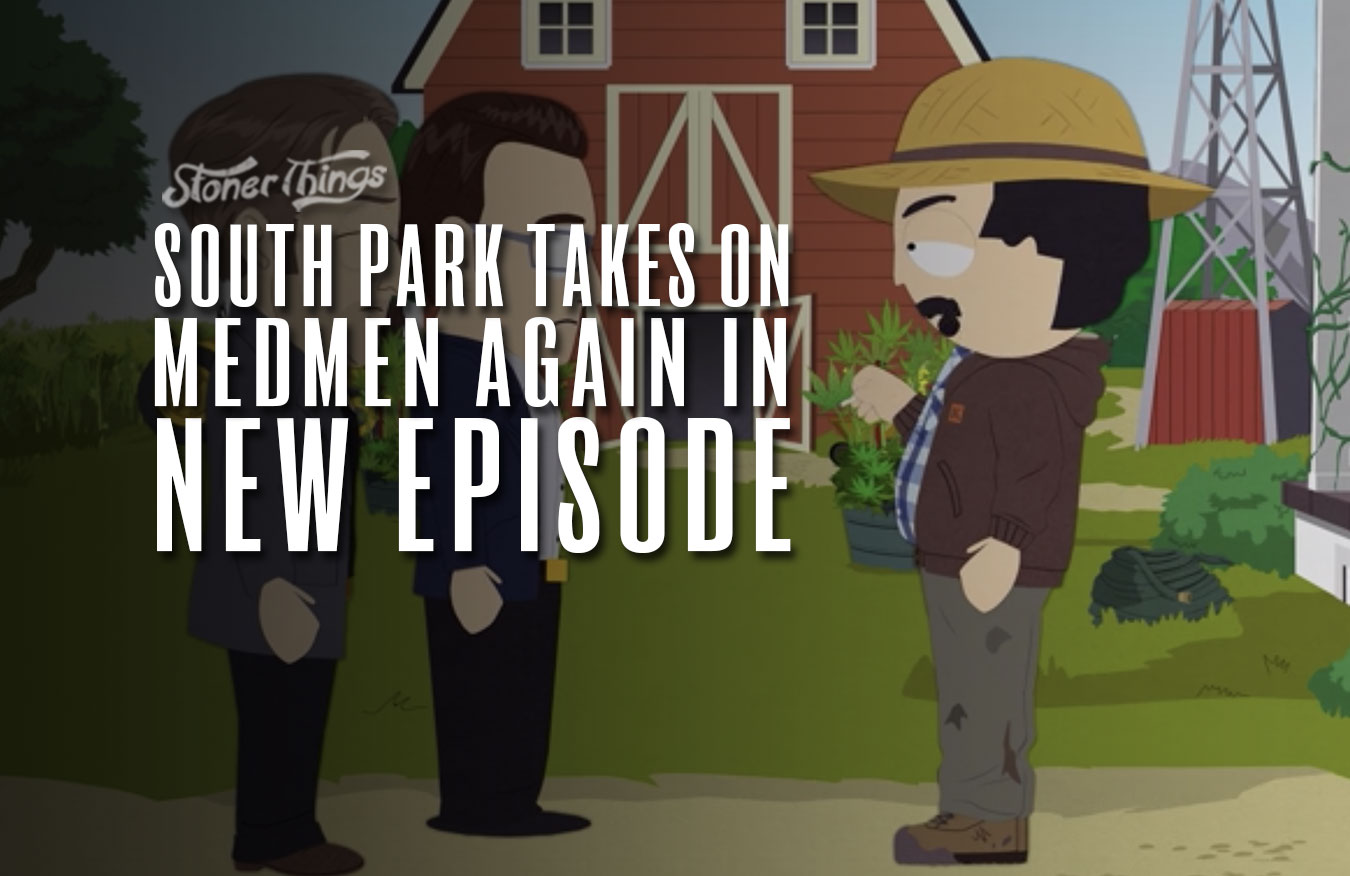 South Park’s latest season once again finds cannabis as a central theme with one of the central character’s families. “Tegrity Farms” continues to be the touchstone for parody in the long-running comedy series that’s skewered everything from livestreaming gamers to Barbara Streisand. However, last season the show singled out MedMen for a parody of one of their ads promoting the legalization of cannabis. This season the show brought them back again, but directly to the doorstep of Tegrity Farms’ owner, Randy Marsh.

Here in the real world, MedMen is a growing juggernaut in the cannabis industry. The company is publicly-traded (in Canada), owns over a dozen locations that produce or distribute cannabis, and has a presence in California, Nevada, New York, Arizona, Illinois and Florida. It hasn’t just grown by itself, however. MedMen has aggressively moved into acquisitions, buying up dispensaries in Illinois, Arizona and California. The company paid over $600 million for PharmaCann in 2018, boosting their retail presence and cultivation/production capacity.

Unfortunately, MedMen’s problems extend beyond being skewered by South Park. The company has become a poster child for “too big too fast” and in early 2019 had to secure a line of credit from a cannabis-focused investment company. There are fears the onerous terms of that deal could sink the firm if it doesn’t see more uplift. Compounding the issue? Scandals and lawsuits, as Rolling Stone reports, could also weigh the company down — and it certainly hasn’t helped its stock.

South Park latched on to the company because while it was in favor of New York’s efforts to legalize, it also requested a ban on home growing. In the episode, a couple of MedMen representatives convince Stan Marsh to turn against homegrown marijuana “for safety reasons.” In typical South Park style, one of the reasons is humorous for its hyperbole, as one of the “fears” involves kids drowning in irrigation ditches. Of course, home growers don’t likely have irrigation ditches at all, but larger producers do.

The MedMen representatives, who mention the company by name this time, say they represent a “billion-dollar marijuana company” and tell Marsh, “we have a common enemy: home grown weed.” The men, along with Marsh, agree to pool their money so no one in South Park can grow pot at home. The company had apparently been involved with a provision in New York’s cannabis legislation that pretty much did the same thing: ban home growing. Elements of the rationale for that provision morphed into the South Park episode, as “pesticides” came up when drafting the law. The irony being there are likely more pesticides in a large commercial operation than a small, home-based one.

Another long-running gag character on the show, Towelie, decides to part ways with Marsh as a result of the MedMen deal, saying, “those guys are posers.” He also tells Marsh cannabis isn’t supposed to be about the money, calling it a “gift from god.” The show has continued the Tegrity Farms plot line through the season, and it’ll be interesting to see how the fictional marijuana operation navigates the current cannabis landscape, with or without MedMen.