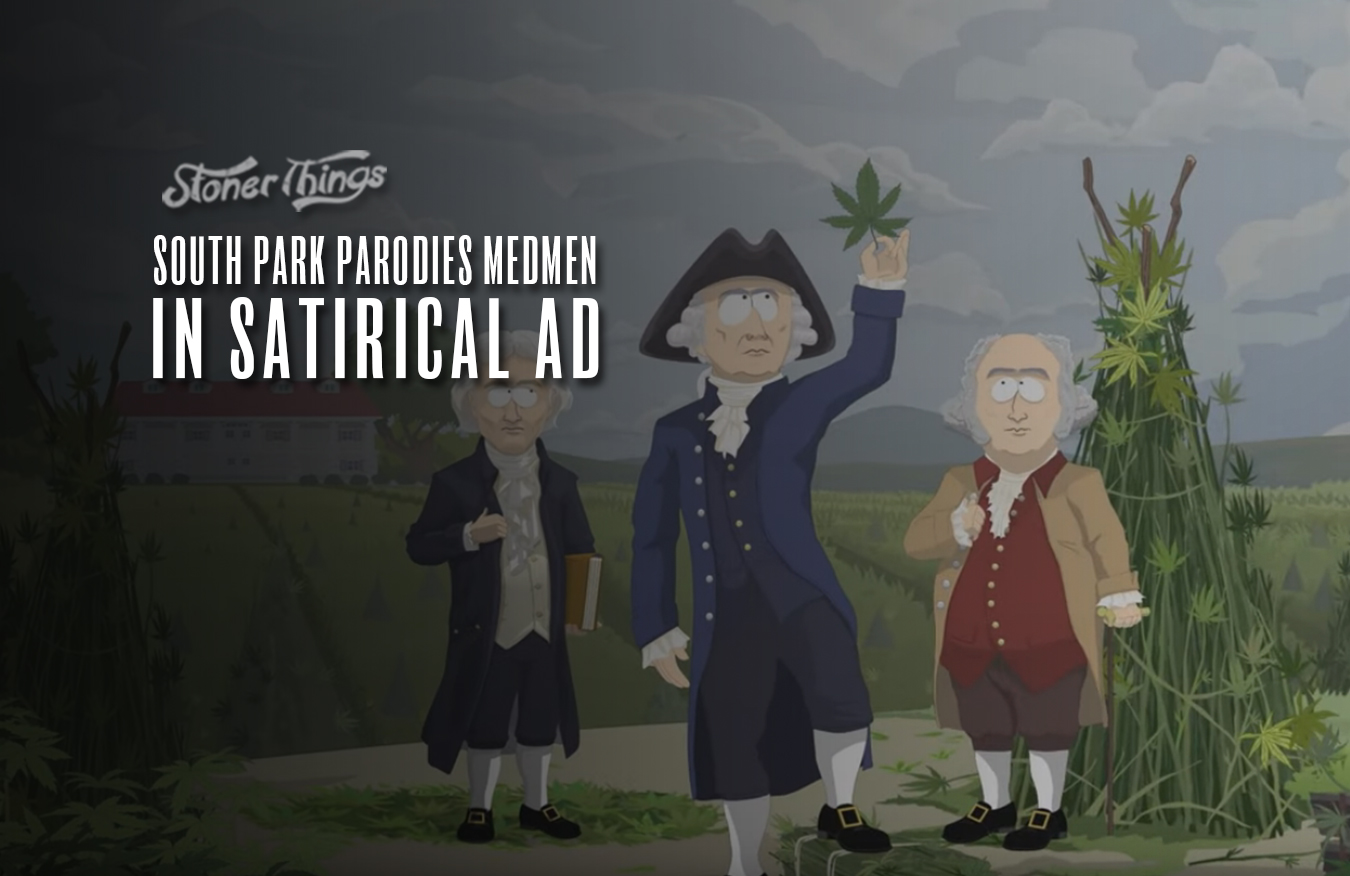 South Park is known for its satirical take on current events. The show even dedicated an entire season to riffing on watching live-streamed video games, and has touched on cannabis legalization for years. An episode years ago, when Colorado allowed cannabis for medicinal use only, had one of the characters give himself cancer just to smoke weed — illustrating the ridiculously arbitrary nature of legalizing just for medicine. Later, once the state dropped that restriction, the same character moved to the country to start his own marijuana farm and scolded the big businesses that were trying to buy him out. Thus far, that’s pretty non-specific, except for a satirical video that almost perfectly lampoons a video made by MedMen earlier this year. Why the jab at MedMen? A few reasons, perhaps.

The video by MedMen, directed by innovative music video and movie director Spike Jonze, tells the story of prohibition in America, and it’s a powerful reminder of how bad things were, and still are for a sizable portion of the states. South Park doesn’t have a problem with legalization, they appear to have a problem with the seeming duplicity of MedMen’s organization and the corporate angle they’re taking to legalization. You see, MedMen actually lobbied against home cultivation when New York’s own legalization bill (which stalled this year) started working its way through the legislature. Of course the specific purpose of lobbying is to advance one’s own agenda, and obviously MedMen is looking out for the bottom line. After all, if you can grow at home, why go to a dispensary, right? At least, that seems to be the thinking. Fact is, plenty of people who grow are still going to go to a dispensary if they want a particular strain or a concentrate that can be tricky to make at home. Just because you have a kitchen doesn’t mean you don’t eat out at a restaurant.

South Park is particularly attuned to apparent hypocrisy, and the writers picked up on MedMen’s apparent duplicity quick enough to turn around their own parody video. The debate over who is best served by legalization isn’t over, as states continue to balance personal freedoms and economic incentives, among many other things when drafting laws. Although it may be a little short-sighted on MedMen’s part to try and prohibit home cultivation, it’s not unusual for such lobbying to occur. South Park may have also been responding to claims of top executives making racist and sexist comments, feeding into the “vampire capitalist” notion. The character on the show who started his own farm is trying to position himself as the “genuine” farmer, the little guy, who is standing up to the corporate boardrooms who want to shut him down. It’s a dynamic that has played out in countless movies and books for ages now — David versus Goliath. And it’s perfect fodder for South Park.

For comparison, watch the MedMen advert below.