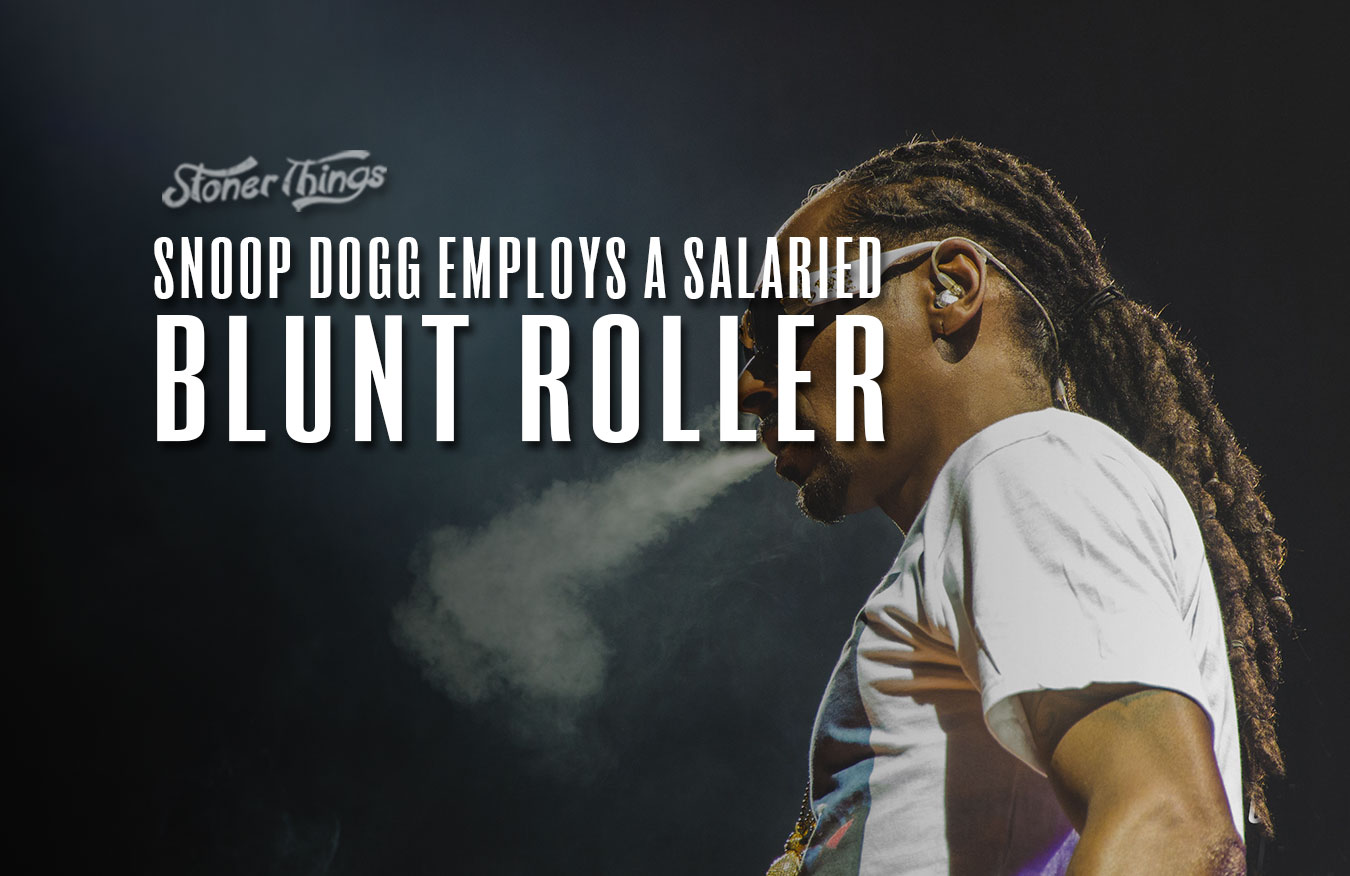 What’s your ideal career path? Maybe college and an internship followed by working in a junior capacity only to rise through the ranks of a corporate machine to become CEO? Or perhaps you’re going to strike out on your own and start a business. Well, there’s no college for blunt rollers (yet), but it’s a job. At this point, your career path is likely to be “hang out and get lucky,” although that used to be a vector for actors to get work in Los Angeles as well. Today, legalization is making new occupations possible. One of those happens to be “dedicated blunt roller,” and it’s not just about rolling extravagant joints. Yes, there are artists who do that, but here we’re just talking about being the person who whips out a blunt at just the right time. Snoop, being a musician, appreciates good timing.

In an interview with Howard Stern, Snoop said he pays someone a full time salary to roll his blunts. Considering the amount he smokes, that’s a wise investment. Time is money, and Snoop’s a busy guy. It’s sort of like having a chef come to your house and prep healthy meals, which celebrities have been know to do with some regularity. Time-saving aside, Snoop was sitting with Seth Rogen who noted he may also want to hire someone, given how much time he spends rolling his weed.

Snoop’s roller doesn’t just get a salary, which is reportedly around $50,000 a year. In Los Angeles, that’s not exactly “living large,” but the gig does come with perks. For one thing, you can smoke whatever you roll. No doubt Snoop has hot and cold running cannabis at all times, so the supply wouldn’t be a problem. Even better: All-expense-paid trips when Snoop travels or goes on tour. Oh, and you also get merchandise given to Snoop that he doesn’t want, including clothes. Hopefully the person in charge of his blunts is about the same size.

Rogen’s astonishment wasn’t so much that Snoop has a full time roller, but that the person is capable of judging when you’re ready for a blunt. That ability might be more like a fine dining sommelier, who can anticipate the needs of guests based on their palate and food orders. Or it could just be someone who is constantly rolling blunts and handing them out, which guests are happy to oblige. Either way, it’s not a bad gig. The pay isn’t terrific, but who cares? The experience of riding shotgun with Snoop through his life could be a fascinating experience in itself.