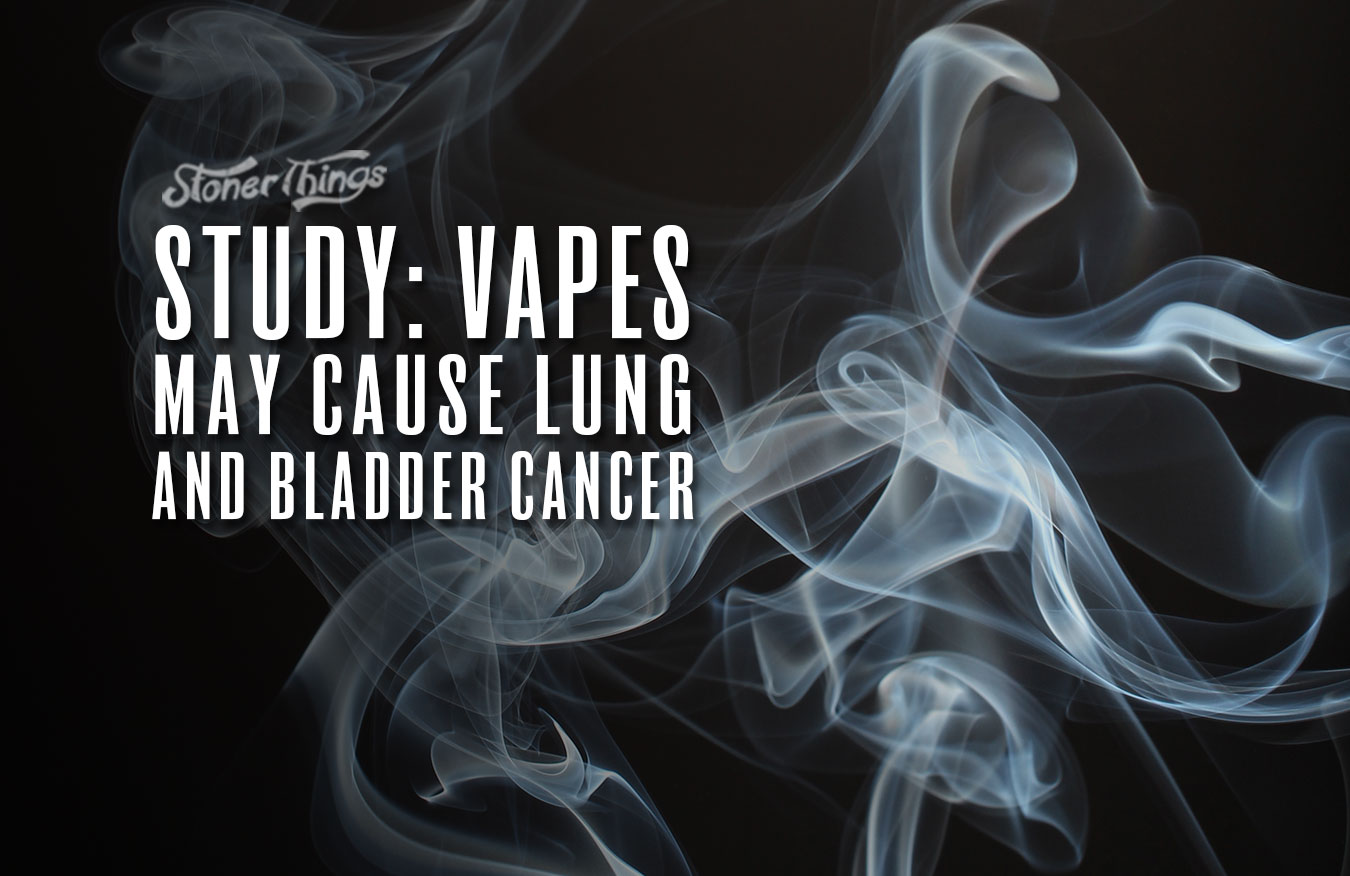 There’s more scrutiny on vaping as the industry’s growth skyrockets. Whether it’s because someone wants to quit smoking, or because it’s a lifestyle choice many see as a healthier alternative to starting to smoke, people are flocking to vaporizers in droves. As just one indicator of growth, according to BBC, the market (globally) is now around 19 billion dollars, whereas just five years ago it was close to $7B. More than doubling in five years? That’s huge. Unfortunately, researchers may have thrown some cold water on the “healthier” aspects of vaping. The good news is: This doesn’t appear to impact cannabis vapes. The bad news: Researchers maintain we still need more knowledge about the impacts of vaping on the body before claims can be made. An earlier study on glycerin, a common aerosol in electronic cigarettes, was previously shown to contain a large number of free radicals, which are connected to triggering cancer in cells.

This new study exposed mice to nicotine vaping, and almost a quarter developed lung cancer while over half developed bladder cancer. Of course, we’ve known nicotine is addictive, but smoking cigarettes has been linked to cancer not because of the nicotine but because of the other things in cigarettes. That’s not to say nicotine doesn’t have bad effects on the body, it’s just not the direct line to cancer as some people think. Still, this new study raises some concern for electronic cigarettes that do have nicotine, as the result appears to be the creation of “DNA damaging agents.”

It’s important to understand a little bit about how cancer happens in the body. Our bodies are made of hundreds of millions of cells, and our body is generally good about regulating the production of those cells. You lose skin cells, or even muscle tissue over time, or cells need repair, so your body knows when to repair or grow new cells. However, cancer starts in just a few cells, and starts to replicate with abandon, leading to a growth of cells that weren’t necessary, often forming a tumor. When a cell is replicating, if its DNA is damaged, it can create a cell that doesn’t know when to quit replicating. So, researchers have found triggers that can cause DNA to be altered in this way, and that’s where we get an entire class of “cancer causing” compounds. Free radicals are one agent of this mutation, but there are others. Some are subtle and the growth could take years to see, whereas some — like being exposed to especially harsh chemicals — can trigger cancer within days.

While we know nicotine doesn’t cause cancer directly, tobacco products are treated with compounds that cause nitrosation, which converts nicotine into nitrosamines. The nitrosamines? Extremely carcinogenic, which is the scientific term for “stuff that’ll probably give you cancer.”

In the study with mice and e-cigs, the mice were exposed to an above average amount of vape smoke to compress time. Researchers were, after all, trying to simulate longer-term smoking but had a limited time to do so. Mice are particularly susceptible to pollutants in the air, however, so it’s possible that the concentrated amount contributed. E-cig smoke contains very little of the nasty nitrosamines that cause cancer, but in this study researchers found some cells in the mice that naturally created their own nitrosation compounds! This obviously converted the nicotine they received into nitrosamines, which altered their DNA, which caused cancerous tumors. The study was clear on one thing: Electonic cigarettes might be responsible for DNA damage, which is what leads to cancerous cells forming. These weren’t CBD or THC vapes, but it’s important to remember that many additives can create free radicals when vaporized and inhaled, which could trigger cancerous cells. This is why researchers will need to continue their work, and hopefully focus on cannabis vapes as well.