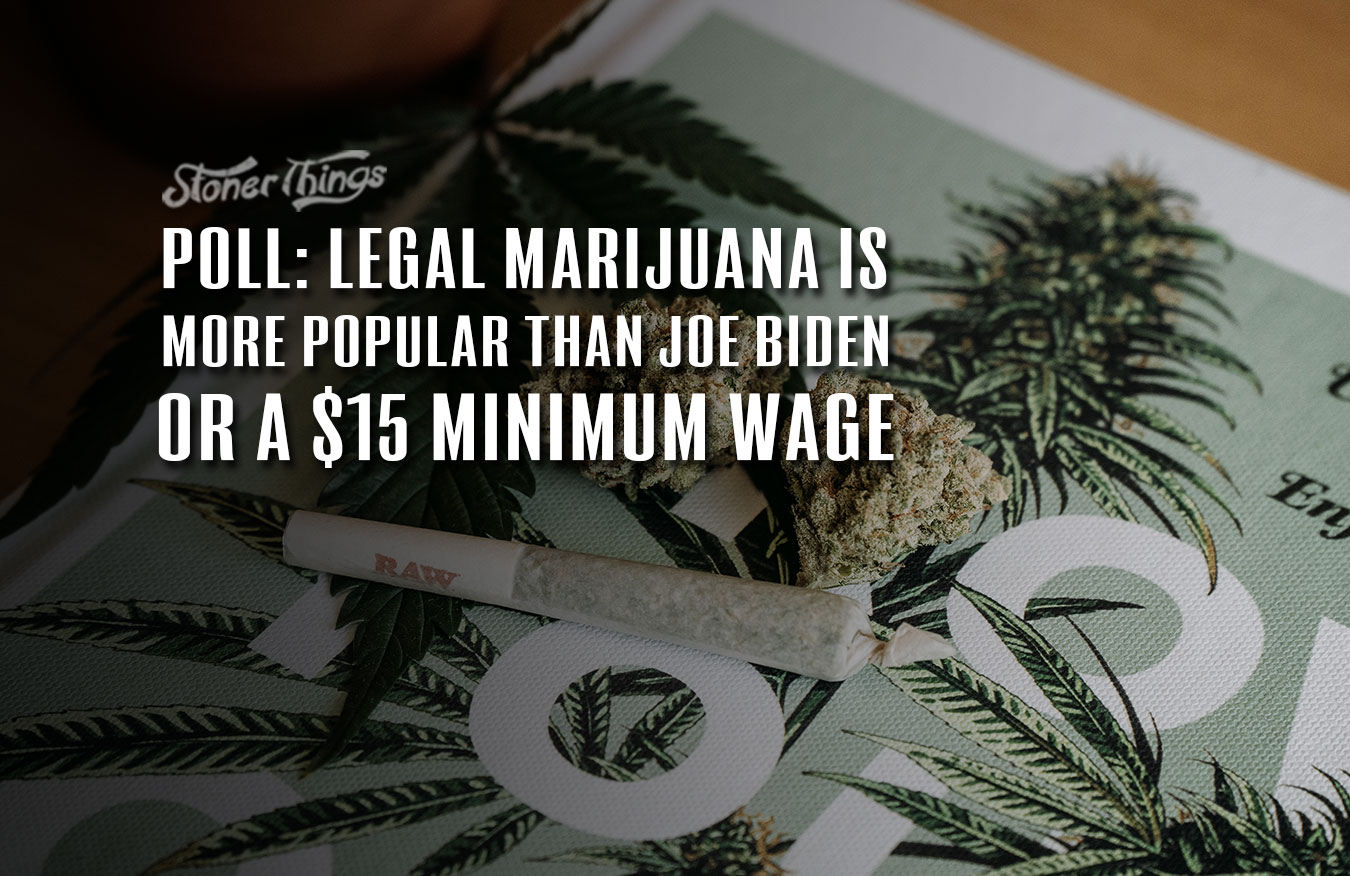 With social media creating “reality bubbles” it can be difficult to judge public sentiment unless you’re tuned into surveys, polls, studies and analysis. Is legalizing weed popular? Most of those who partake will say, “of course it is, everyone I know wants weed to be legal everywhere!” But is that accurate? Do most Americans want to make weed legal at the Federal level? And how popular is this policy change versus other priorities? The Biden administration has its hands full with a pandemic, millions out of work, and other agenda items — where does cannabis stand? A new survey asks just that.

In terms of popular support, marijuana legalization is more important to survey respondents than many of the top-level agenda items that have been discussed with some frequency. One topic is the minimum wage, which labor advocates want raised at the Federal level to $15 per hour. The last time the wage was actually raised: 2009. It’s widely accepted by economists that this would lift millions out of poverty, with minimal economic price shocks. Even with the impact of raising the wage, 54 percent of respondents thought it’s a good idea, whereas 61 percent believe legalizing weed is a good idea. 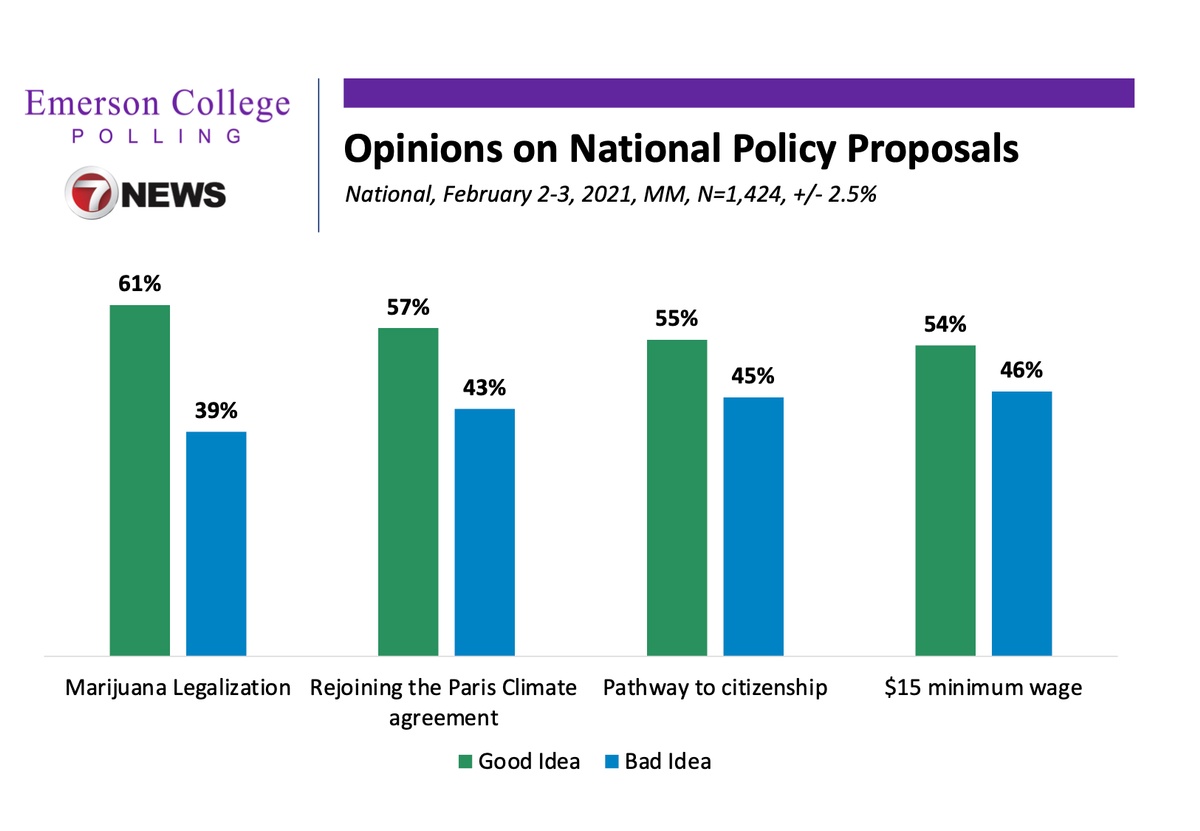 Again, 61 percent of the more than 1,400 respondents said they believed legalizing marijuana is a “good thing.” Yes, there were some divisions, like fewer Republicans agreeing with that sentiment and even fewer (percentile-wise) Trump voters wanting legal weed. However, 61 percent is a major shift from a generation ago. This also aligns with a poll from Gallup in November that showed support at 68 percent.

Other items in the poll included rejoining the Paris Climate Agreement, which came in at 57 percent. That one is a foregone conclusion, as Biden has set the wheels in motion to join the global effort to stem man-made climate change. A pathway to legal citizenship for immigrants checked in at 55 percent. Overall, respondents also feel Biden is so far doing a “good job,” with sentiment for that at 49 percent, but with 12 percent saying they don’t have an opinion.

Somewhat amusingly, Republicans and Democrats only agree on one thing: the weather. According to the poll, 66 percent believe there will be six more weeks of winter. Two thirds of Democrats believe the country is headed in the “right direction” but 75 percent of Republicans believe the opposite. This swirl of opinion is what makes politics so messy, as representatives ideally try to juggle the needs of the various voting blocs vying for their attention. It’s impossible to make everyone happy, clearly, but part of leading is accepting that not everyone wants change.

Even so, the most popular policy change would be legalizing weed. There have been a few bills introduced into the 2021 session, like rescheduling pot so veterans can get better access for the array of maladies that impact those who fought and were injured while serving in the military. It’s possible that, once again, the wheel may be turning in no small part because of the medical benefits provided by marijuana use.