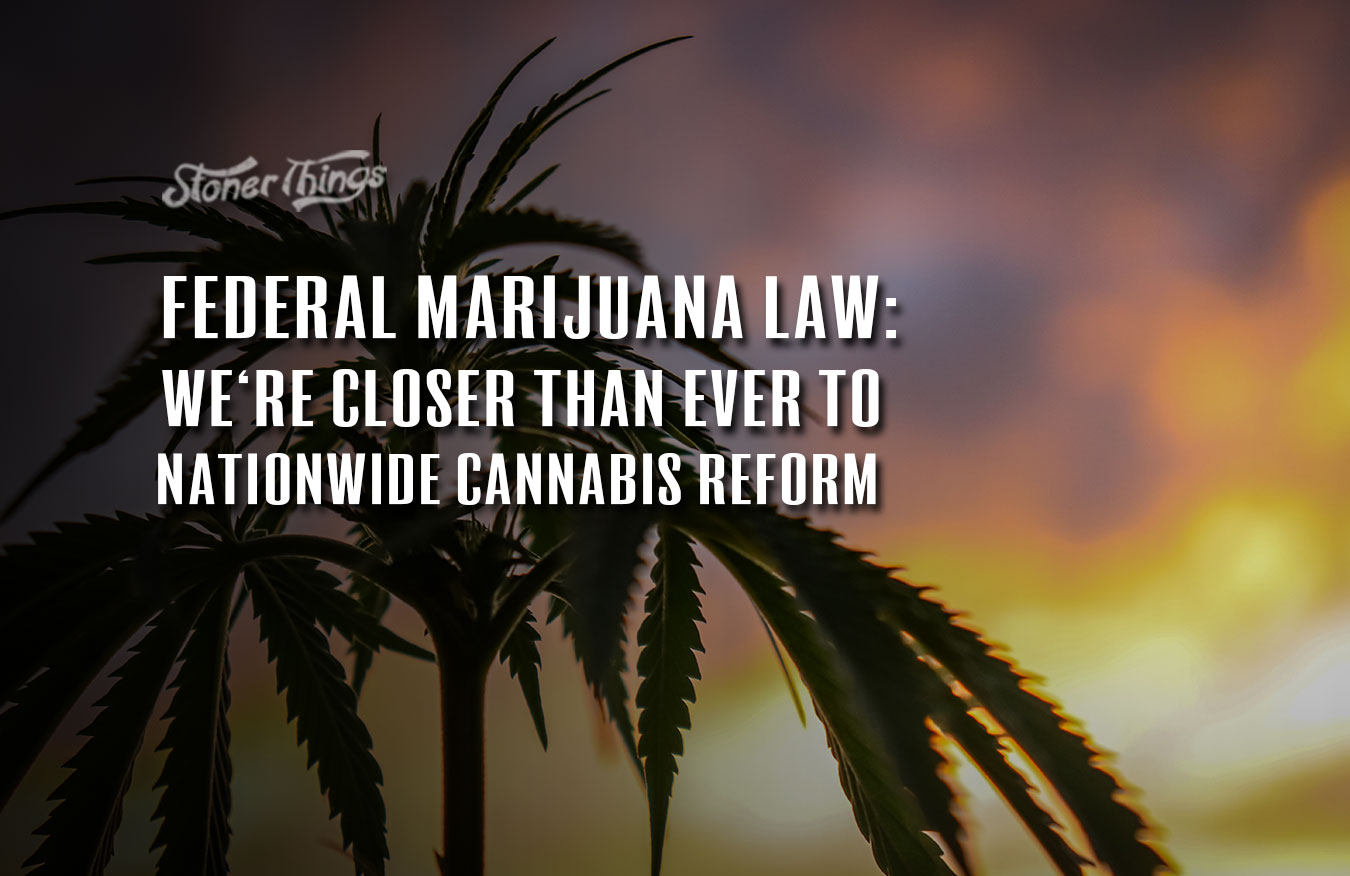 We are closer than ever to cannabis reform on a federal level. But the evolution of federal marijuana law has been a long and strange trip.

The Pure Food and Drug Act of 1906 was the first attempt at federal regulation of marijuana. Then came the Marijuana Tax Act passed by Congress in 1937. This was a way to outlaw cannabis possession and sale. According to the Drug Policy Alliance, this act was an effort to demonize marijuana and use it as an ‘excuse’ to search, detain, and deport Mexicans who immigrated to America following the Mexican Revolution.

Nixon’s War on Drugs and the Controlled Substances Act changed everything, criminalizing marijuana and denouncing its ability to provide relief and support wellbeing.

In 1970, the federal Controlled Substances Act established a system for classifying illegal and most legal drugs. The DEA classified marijuana as a Schedule I drug due to the FDA’s report that it has a high potential for abuse and no accepted medical use.

For years health professionals, patients, and various organizations have advocated for rescheduling. NORML launched the first petition in 1972 and didn’t receive a federal hearing until 1986. In 1988, a DEA Administrative Law Judge concluded that marijuana is “one of the safest therapeutically active substances”. Still, the petition was denied after more than two decades of court challenges.

Patient advocates petitioned DEA to move marijuana to a Schedule III, IV or V in 2002, and received a rejection only after filing suit more than 8 years in delay.

In 2018 the Senate introduced a bipartisan bill protecting individual states’ rights to legalize marijuana for adult and medical use. The House of Representatives accompanied the Senate’s STATES (Strengthening the Tenth Amendment Through Entrusting States) Act with a companion bill, and the Marijuana Freedom and Opportunity Act which would de-schedule marijuana.