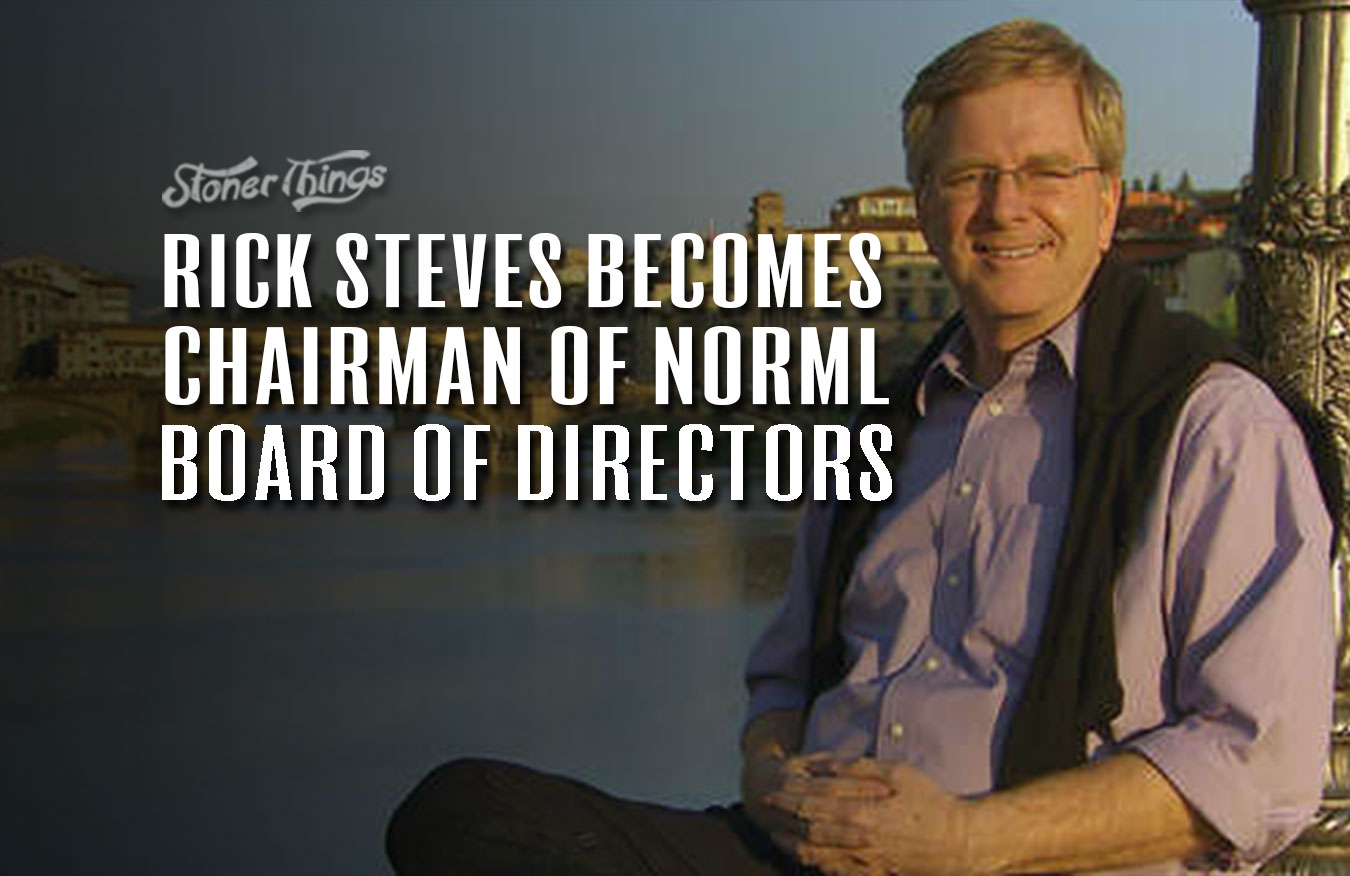 Not everyone is aware of the National Organization for the Reform of Marijuana Laws, or NORML. Even so, NORML has been fighting for legalization for decades. In that time, the board of directors has consisted of a parade of activists, lawyers, doctors, scientists, and business leaders. One member you might have seen on TV, however. Rick Steves is a PBS personality, hosting a travel show on the network and online, especially focusing on Europe. He took his first toke of weed in Afghanistan way back in the 1970’s, and since then he’s been an advocate for legalization as well. Now, the venerable organization has chosen Steves to lead it as Chairman of its board.

In the blog post on NORML’s website, Steves says, “For decades, NORML has doggedly and effectively fought a drug policy reform battle to defend and expand our civil liberties—that’s what inspired me to proudly join its board so long ago.” He goes on to point out that several states are on the verge of legalization, and there’s also the potential for Federal rescheduling of pot out of the “most dangerous” level, which includes drugs like heroin. Steves also says his work with NORML is basically part of his civic duty, explaining that the illegality of pot has disproportionately affected communities of color. For him, this is about defending civil liberties.

Steves comes to lead the organization after decades of service to the cause and as a cannabis enthusiast himself. As Forbes reports, he has kept a pot diary called High Notes for decades, and once wrote, “I’d like to be quarantined from reality.” Of course, in light of a pandemic (his words were written long before COVID came along), that may have new meaning. Marijuana has likely kept many people sane as they are stuck at home, trying to reduce the spread of the novel coronavirus.

Steves does more than advocate for pot, however. He’s involved in over 170 organizations, and gave $1 million to Bread for the World. He also goes to church every Sunday and sends thousands to Europe each year while charging his organization a carbon tax to offset the jet travel. This is a man who practices what he preaches, and is said to have the fervent attitude of an evangelist when he speaks — he is a passionate advocate for the causes he believes in, and has the public speaking abilities to sway others to his line of thinking. NORML chose a great leader to carry the movement into its next phase: Federal legalization.

In the Forbes interview, he details his experience with pot in Afghanistan after not smoking in college because he was “naturally high.” The experience changed him fundamentally, as it did many of the Baby Boom generation (he’s 65). He realized that the fearmongering around pot was all a lie, and since then dedicated himself to righting the wrongs of the Drug War.