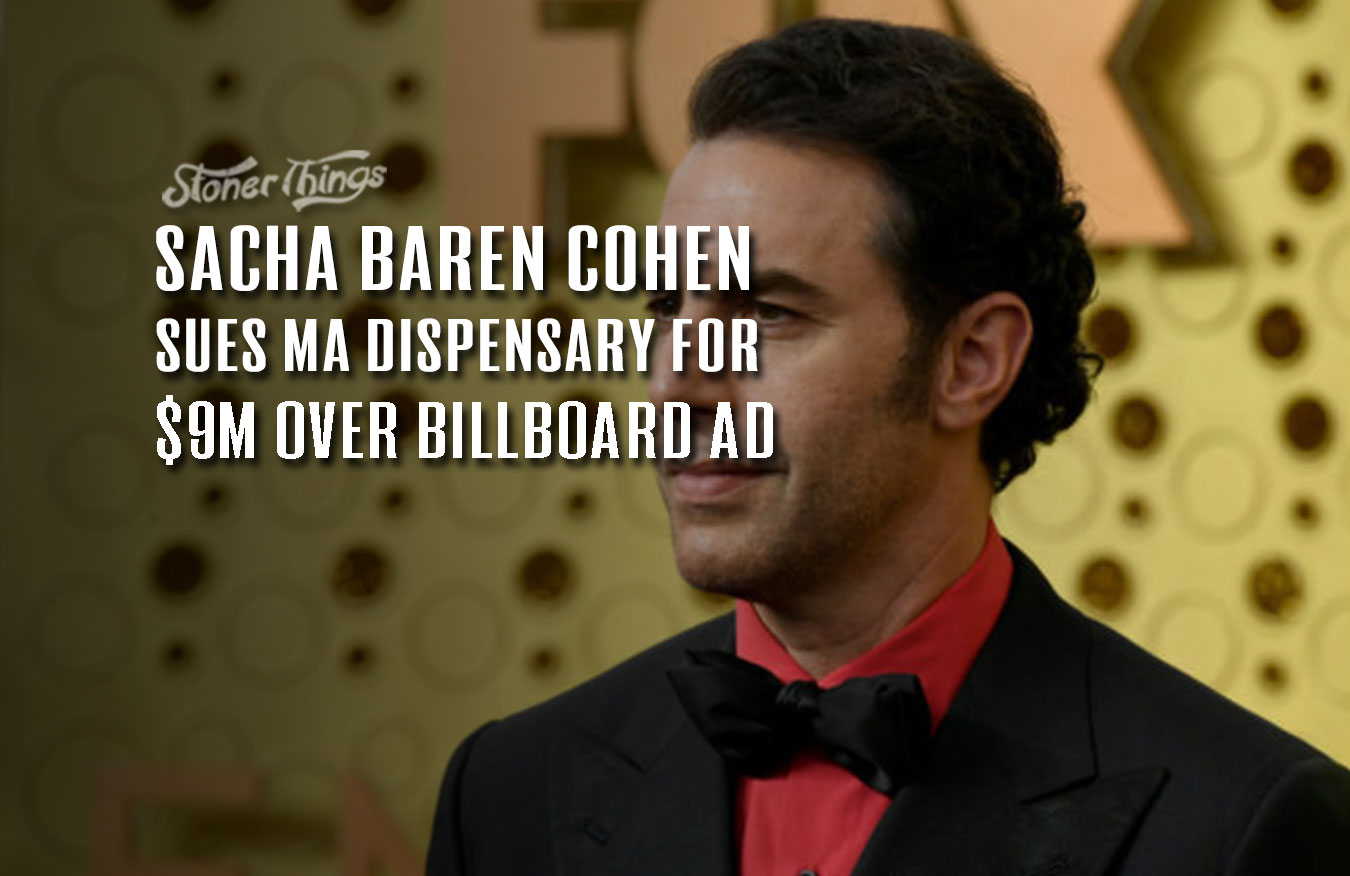 Sacha Baron Cohen isn’t laughing over the use of his Borat character in a billboard promoting a dispensary in Massachusetts. He’s suing the dispensary for nine million dollars, a huge amount of money for a dispensary — but not atypical in cases like these. Michael Jordan won a $8.9 million case against a grocery chain, for example. Massachusetts-based Solar Therapeutics put Borat on a billboard saying his trademark (but not actually trademarked) phrase, “NICE!” above a sign saying 4/20. The unauthorized use of Borat’s image could be disastrous as a result.

Court documents indicate the dispensary may be liable for a variety of violations, including willful copyright infringement. Just imagine R2D2 smoking a bong, and what Disney would do. Of course, trademark law requires registered trademarks to be vigorously defended, but that’s not what this is about. Borat may have a copyright, but a trademark is a different matter. Except, in this case, Borat is a well-established character which Cohen created himself and only he (or the distributors of films with Borat) can use in promotions.

The lawsuit isn’t just about copyright, however. Cohen’s lawyers said in a letter to Solar Therapeutics that the actor and comedian is vigorously anti-marijuana. He not only doesn’t believe it’s good for you, but he personally appears to side with rabbis who argue that the weed goes against Jewish law. His lawyers pointed out that he has no interest in the current raging debate among Jewish scholars and rabbis who are arguing either for or against cannabis and whether it runs afoul of Jewish religious laws. Cannabis is very legal in Israel, a country that has been a pioneer in cannabis research, in fact.

The debate among Jewish scholars and religious leaders makes it a complicated affair for Cohen, and he wants no part. In fact, he believes that the billboard may have already tarnished his reputation as a social activist and observant Orthodox Jew. For all the comedian/actor has done in comedy, he takes his religion very seriously.

However, Cohen played the Ali G character for many years with perfection. Ali is a weed smoker, and Cohen used the character to lampoon what he calls “stoner culture.” Ali G was an over-the-top character, but it served its purpose as a lampooning of what the famous comedian saw as a guy who just liked to get high and hear himself talk. In fact, the one interview Cohen has done with a weed-related magazine was in 2003 with High Times, but it was as Ali G, to help promote Da Ali G Show on HBO.

Cannabis companies need to be more careful, as lawsuits like this can put new businesses out of business quickly. We’ve already seen copyright and trademark enforcements with candy companies and the naming of some THC-based products, so it’s natural to assume other identifiable brands would be upset if someone appropriated their intellectual property for marketing purposes. Unfortunately, that’s what happened here, even if it was meant to be a joke.