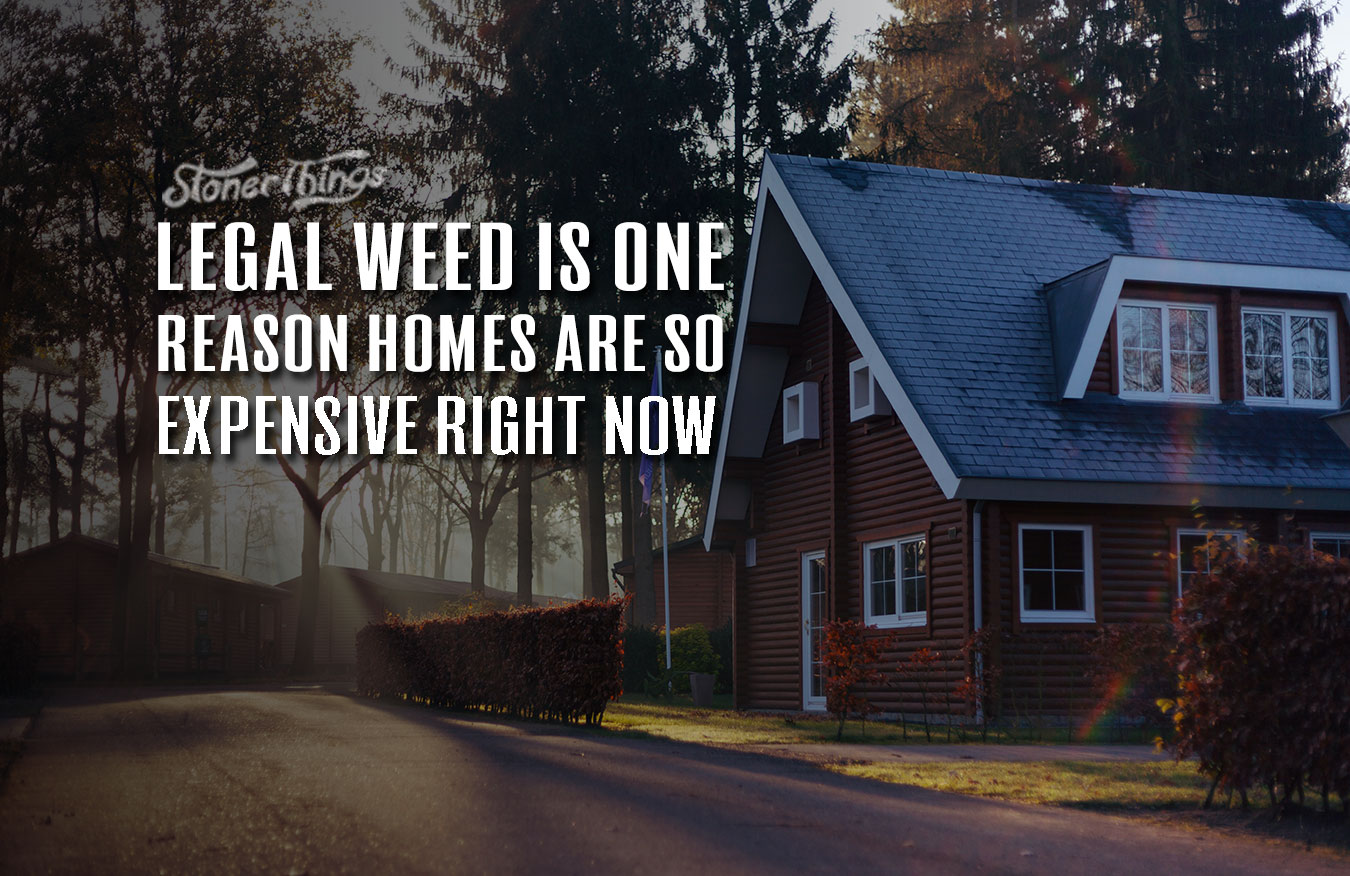 The United States is seeing a huge housing boom, but not because of new building or mass changes in population growth — it’s being spurred by a variety of factors, including new amenities that have become legal in some states. Yes, a study confirms that homes in states where cannabis has been legalized are seeing the biggest boost in prices for homes. As the overwhelming majority of Americans approve of legalization, it only makes sense that anyone wishing to partake would want a house in a state where it’s legal.

Obviously the increase in housing costs isn’t just for legal weed, there’s just a buying frenzy that’s leaving some out in the cold. As CNN reports, some homebuyers are so frustrated trying to find a house that they can afford they’re simply dropping out and giving in to rentals. A representative for realtors said that home prices are up 20% or more, and that also prices people out of a market. When competing buyers offer cash and well over asking price without an inspection, it’s hard for ordinary people to buy in. The risk is too great for the individual, so who is buying all the houses?

A more thorough analysis of home prices and the pressure driving them upward can be found here, but it all boils down to a few factors: A booming economy (even with a labor shortage), low interest rates for mortgages, historically low inventory levels. That last one is a big deal, and somewhat perplexing as you may have driven by construction over the past few years. However, that is also a complicated picture. During the last crash in 2007, home building lagged, and picked up but was outpaced by demand. That divide grew, and was worsened by the work stoppages and slowdowns due to the pandemic. Today, home inventories haven’t been this low in a century, but demand is nearly at an all-time high. With a variety of buyers, some institutional pressure has built up and the pricing reflects the supply and demand — especially in highly desirable cities.

There’s also the shift, still ongoing, from rural to city across the country. The U.S. knowledge worker base has increased after manufacturing jobs left thanks to trade deals made over a generation ago. With the pressure of the pandemic, the phrase “there’s no place like home” took on an almost dystopian ring to it. And when people are stressed and cooped up, they turn to medicine — in the form of drugs or entertainment. Circling back to rising home prices in states where weed is legal, as people move they’re obviously incorporating the availability of medicinal or recreational weed into their plans.

If you’re also looking for housing in a state with legal weed, be prepared to pay a little bit more. For years, people in California said the higher cost of living there was the “paradise tax,” given the coastline’s sunny weather most of the year. However, California is no longer the only state with progressive marijuana laws. Colorado was the first to legalize recreational, and it has been a true boon to the economy there. Other states are proving that the benefit isn’t just to the taxation schemes on weed, but also housing, which has grown as this key amenity has been added to a state’s offerings.