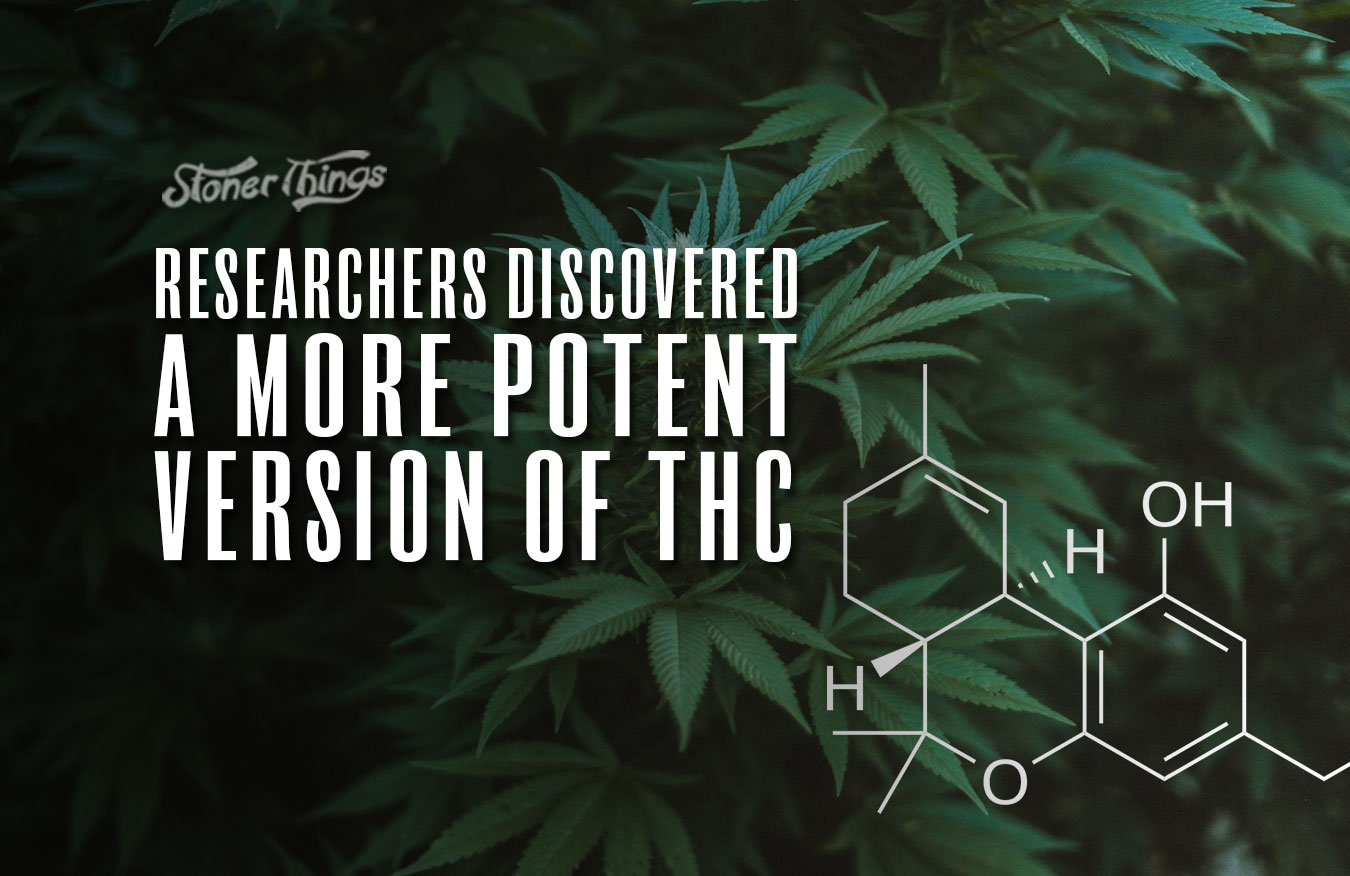 After decades of prohibition on marijuana research, it’s no surprise that we still see breakthroughs. The latest is actually pretty huge news, as a new cannabinoid has been discovered. Yes, even thousands of years after humans started growing weed we’re still discovering strains that have properties we’ve never seen. This latest strain is pretty important, however, as it has yielded a type of cannabinoid that is a more potent form of THC. The research was published in Nature.

THC is the cannabinoid that gets you high, of course, and its potency isn’t necessarily static. That is, when you buy cannabis at a dispensary you may see a percentage of either THC or CBD in whatever you’re buying. More on that in a moment, but you typically see those two because they’re the two most abundant cannabinoids in cannabis. The more THC in what you buy means it’s more potent. But what if there was a more potent type of THC itself?

It’s called THCP, and it was grown by the Italian military. You may wonder why in the world the Italian military is growing super strong weed. Well, medical cannabis has been “legal” in Italy since 2007, but the onerous requirements to start growing legally has proven so insurmountable that the government basically has a monopoly on production. Much like in the U.S. for decades, only authorized government facilities were allowed to grow and perform research on the plant. Hence, THCP was grown at a secure facility where much of the country’s cannabis products come from. To supplement patient supply, many turn to importing from the Netherlands, where weed has been at least tolerated for generations.

This is a new type of cannabinoid, noted for a few extra carbon atoms that give it the potency far beyond regular THC. Those carbon atoms help THCP to bond to our cannabinoid receptors, CB1 and CB2, more effectively. That accounts for the bump in potency. As THCP binds better, the impact on our body is that much more efficient. These receptors trigger our high from THC, so with bindings up to 30% stronger we’re talking about a significant boost. So far, there haven’t been any human tests.

In fact, researchers are quick to point out that THCP (and even CBDP) likely already exists in strains, but researchers hadn’t seen it until now. This is why more research is needed. We don’t know what effect THCP has when combined with the other terpenes, flavonoids, etc. we ingest when we partake. Now that we’ve identified THCP, scientists can look for it and improve our understanding.