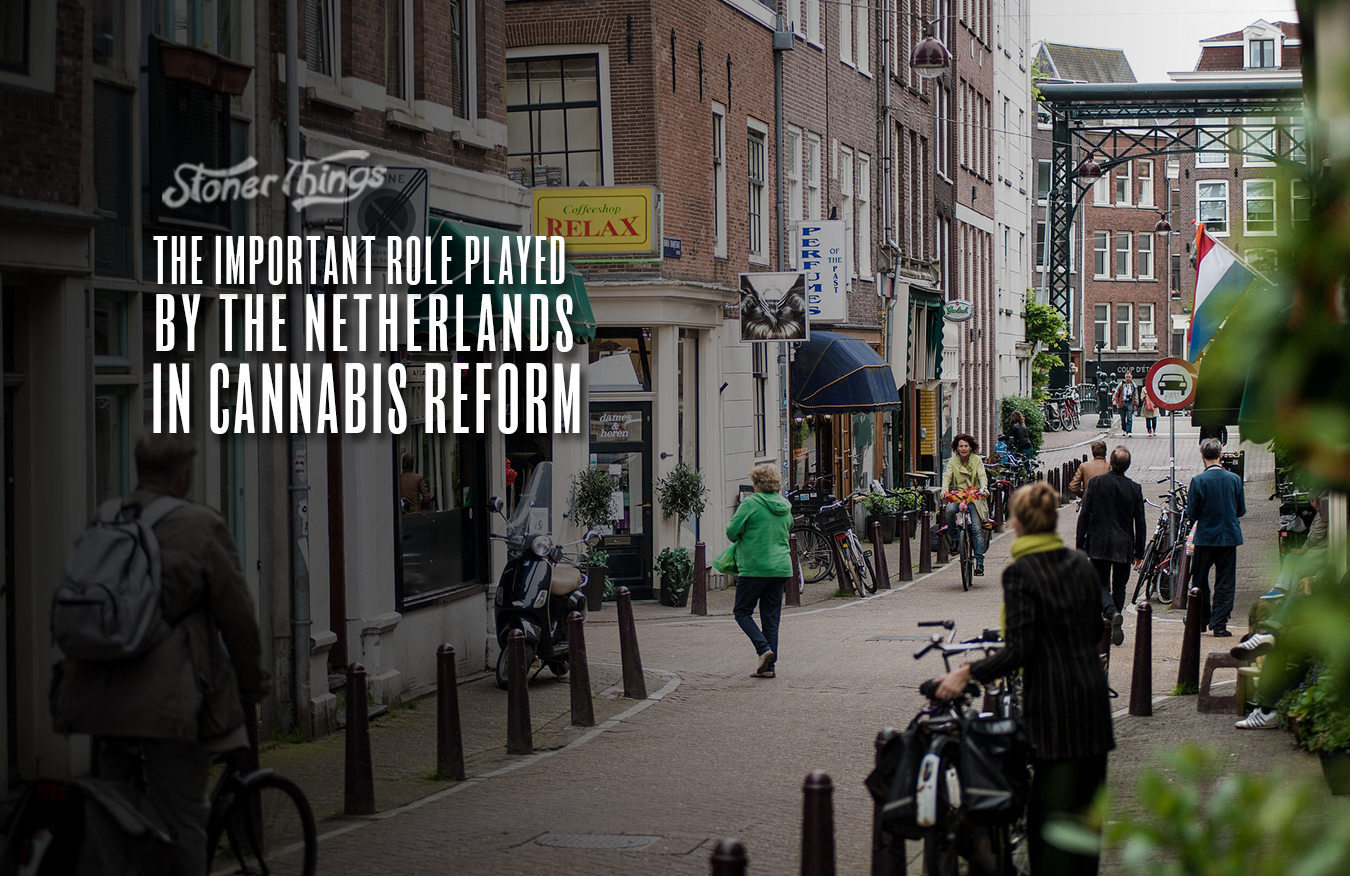 The Dutch are famously tolerant, and ask any backpacker going through the continent in the 1990s who will tell you about coffee shops that dispensed marijuana at a time when prohibition was at a global peak. This, in addition to other factors, is why the Netherlands have played such an important role in the movement to reform cannabis laws around the world.

It all began in the 1960s with protests against the establishment, which included calls to legalize cannabis. The Dutch Provo movement wound down by the end of the decade, but out of it came the Lowlands Weed Company. The two founders of the company started selling immature cannabis plants and seeds from a houseboat. Holland still prohibited buds, but just the buds. In fact, the law stated that only the dried tops of cannabis plants were technically illegal, so Robert Jasper Grootveld and Kees Hoekert were relatively free to breed, grow, and sell anything that didn’t involve the dried tops. The low-grade plants sold on the deck of the boat were one thing, but the hashish tea bar below was the model for the future.

At the time, marijuana plants were not routinely smuggled into Holland. Instead, hashish was because it was more portable. The two men behind the floating hash bar had the idea to just mature the plants and make their own product, while handing out seeds to everyone they could and even planting them around the city. But Dutch seed banks came into their own after three reports in the 1970s were released. The Shafer Commission in the USA, the La Dain Commission in Canada and Holland’s own examination of its laws in the late 1960s all recommended the decriminalization of cannabis. Only Holland followed through.

This led to a legitimate business of buying and selling seeds that not only bolstered the genetic variety of what existed, but allowed hybrids, interbreeding, and innovation. From Sam the Skunkman to Jack Herer, Holland became the central pivot point for new breeds and cultivation techniques. This has led to Dutch seeds banks housing original strains and some of the best varieties on Earth. Although, oddly enough, the Dutch have only recently decided to move towards legalizing cultivation. Yep, for many years it’s been possible to buy and get high in Holland, but police would raid hundreds of grow operations each year. The black market for marijuana plants seems positively anachronistic in such a country, and has operated in a gray area with enforcement all this time. There’s now a push to try a pilot program for growers, as the country sees Israel and Canada set to reap windfalls from cultivation. Medical marijuana is allowed for cultivation, so this would make recreational pot finally legal to grow in the country.

Now, the Netherlands are looking to the U.S. for help in spooling up growing operations. While the country was a haven for the seeds that will be grown, and the hybrids that flourished into the 1990s, now the lack of larger growing operations means it will need the expertise of growers in California, Colorado, and elsewhere to scale up. Still, if it wasn’t for those early Provos pioneers, we might not have the amazing varieties we take for granted today, including Northern Lights and Skunk #1.