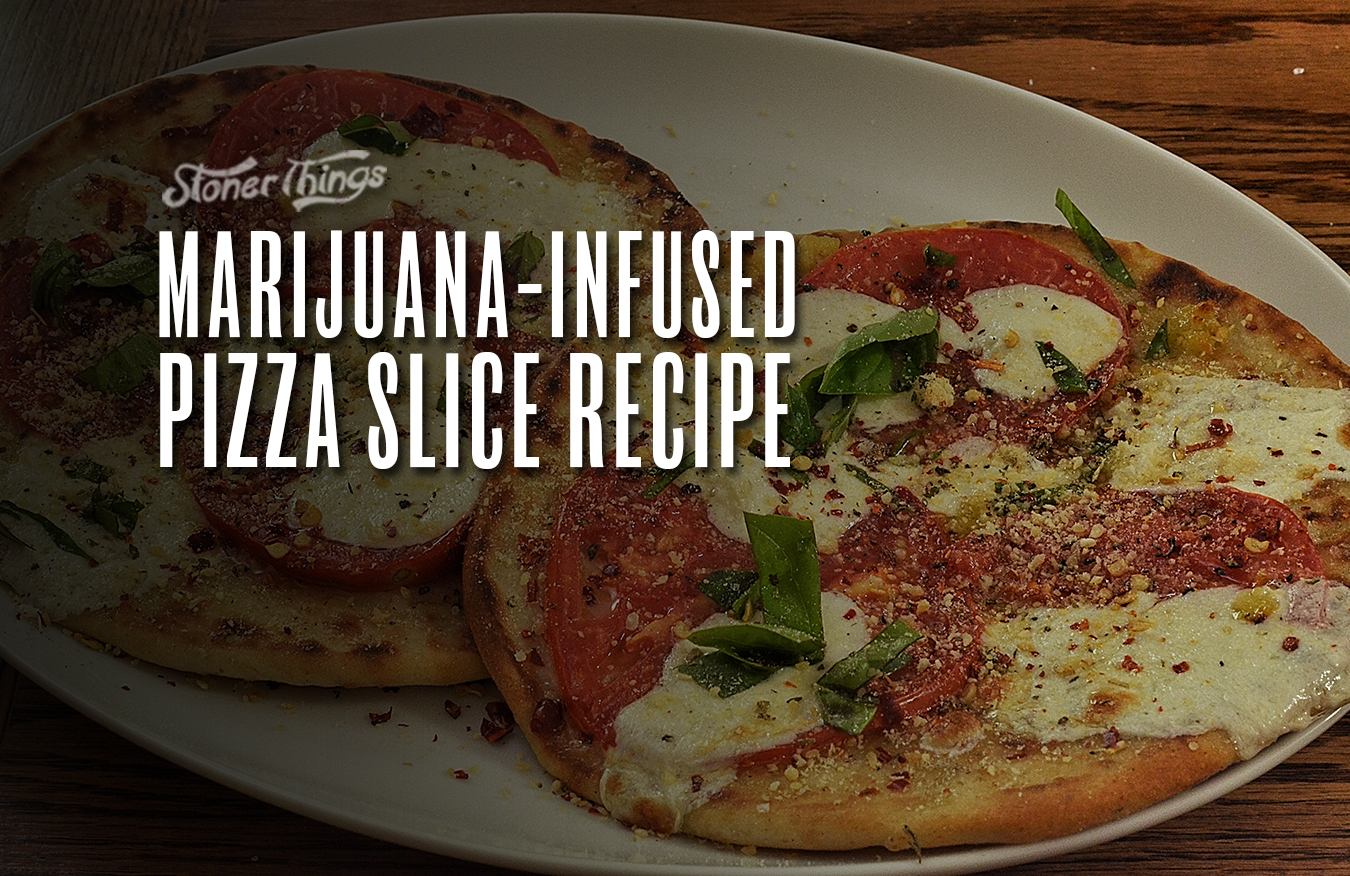 Cooking with marijuana is fun and, let’s face it, worthwhile. Maybe your throat is sore or maybe you just prefer the edible vibe, either way there’s never been a better time to be cooking with cannabis. One of the munchiest snacks around happens to be pizza, so why not combine your weed and feed desires in a marijuana-infused pizza slice? It’s surprisingly easy to do, as this “pizza hack” shows us.

OK, first it’s important to note that edibles can be tricky when it comes to potency. This recipe calls for some optional cannabutter, or you can just use regular butter. Know your limits, and be careful when trying any recipe for the first time.

This recipe is a flatbread pizza, and heats up in about 15 minutes or so. It’s great for two people and like all pizzas can be modified with whatever toppings you like. The crust is made of naan, a leavened flatbread popular around the world but originally from parts of Asia, India, and the Caribbean. Heat up your oven to 350°F and put some parchment paper on a baking pan, then put the naan pieces on the paper.

Now you’re ready for toppings, so if you’re using cannabutter it’s time to brush some of that onto the bread. Not only will this add some zest, it’ll add potency. You can also just use plain old butter, either of which will help the bread taste better and hold up to the marinara. As for the red sauce, you can add a tablespoon or so, spreading it around and leaving room around the edge so you can pick it up after being cooked. Sprinkle some oregano on that sauce! Just a pinch or two will do, depending on your tastes.

It’s time for toppings — starting with cheese (you can use vegan cheese, of course), and adding pepperoni or veggies to your heart’s desire. To top things off, add the magic ingredient: Cannabis-infused olive oil. You can learn how to make cannabis olive oil here. It’s all over except the cooking at this point.

Pop the pizza in the oven for 8-10 minutes, or once the cheese has melted and the edges are crisp. The only way you could screw this up is by piling too many toppings on the bread, which could put enough liquid into the naan to make it soggy and hard to pick up. At that point you’ve got more of a soggy pizza, but still pizza. The butter will help bake the bread to a crispy texture, while fewer water-filled veggies (mushrooms, peppers etc.) will prevent sogginess. You can also save drizzling the cannabis olive oil until the last couple of minutes of cooking, to ensure you don’t lose a bit of its potency.

Once your pizza is crispy enough for you, it’s all over except any additional extras you may want to throw on top. Pepper flakes, parmesan cheese, or your favorite spice blend. As long as you have the cannabutter and oil on hand, this sort of canna-treat is an easy way to cook up an edible and enjoy it within minutes. Enjoy!