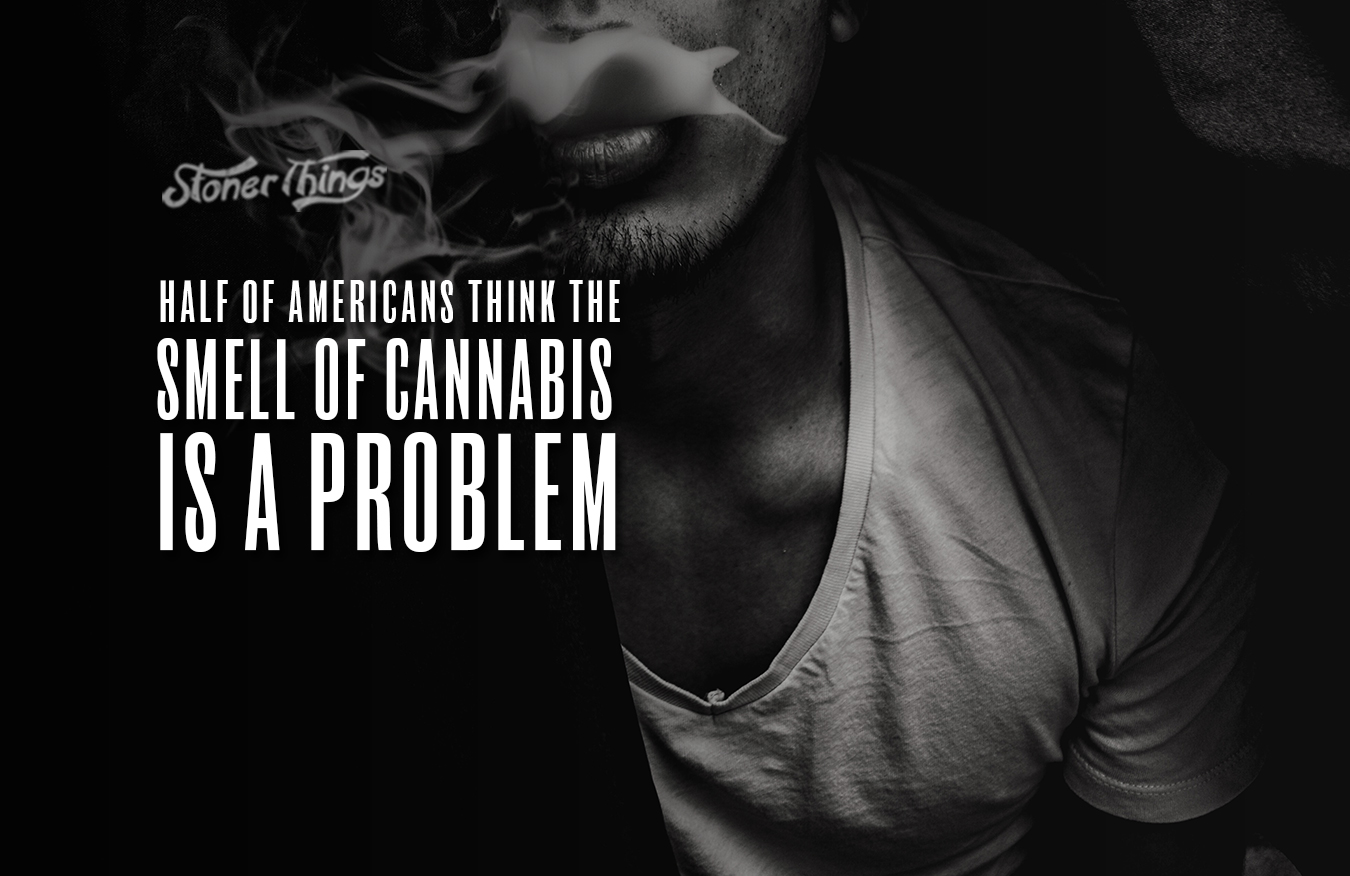 Weed can be medicine. Weed can be fun. Weed can be enlightening. Weed can also smell. The issue of the pungent scent of marijuana and its resulting smoke has been a serious problem that many people find makes using the drug more trouble that it is worth. People who live in apartments struggle with containing the smell of weed into their space due to shared walls and hallways. Townhomes and other communities with houses close together means your neighbor can always smell what you are up to.

Non-smokers will often complain about the smell of marijuana. A recent survey shows that 51 percent of American’s believe that the smell of weed is a serious issue. Weed has a skunky, musty, and sometimes sour or fruity smell. Since the odor of weed gets exaggerated once smoked, the smell can be long-lasting and get stuck in the carpet, walls, and furniture. People who smoke inside their homes often give up on trying to hide or mask the smell and embrace it instead. Many people do enjoy the smell of weed and are not bothered by it in the slightest.

Despite this, it is still important to learn efficient ways to cover up the smell of marijuana in your home in case you have any non-smokers as guests. There are many methods that one can use to prevent the smell of marijuana while smoking. To keep the odor quarantined to your living space, one can put towels under the doors, sealing off any cracks, and make sure to keep the doors shut at all times. Every time a door is opened when someone is smoking, the odor escapes and permeates other areas.

Even when smoking is over, the smell of marijuana and the paraphernalia may still create an odor. To keep this to a minimum it is important to change your bong water frequently and keep any pipes clean and free of ash and resin. Never pour bong water down the sink, because the smell will linger in any room for days. Instead pour it down the toilet and flush it away. Dispose of ash frequently as well to decrease the amount that is in the air and prevent a huge jar of ash from spilling on the floor leaving permanent stains and odors.

There are also products that one could purchase that help decrease the smell of marijuana smoke. Ozuem is a spray that is meant to neutralize odors and is used by many when smoking. There’s a device called a Smoke Buddy that can be used to break down smoke and create less odors. A DIY smoke buddy can be made with rubber bands, a toilet paper roll or water bottle, and dryer sheets.

Stoners also utilize fragrance boosters and air fresheners like candles, plug-ins, sprays, and much more. Smell-proof containers, stash cans, and grinders should always be used by someone trying to decrease the strong smell of their smoking habit. Weed etiquette is hard to delve into, but becoming more and more important as legalization spreads. Don’t let your habit be at the expense of others. Be mindful when it comes to smoking in public, because it is illegal.