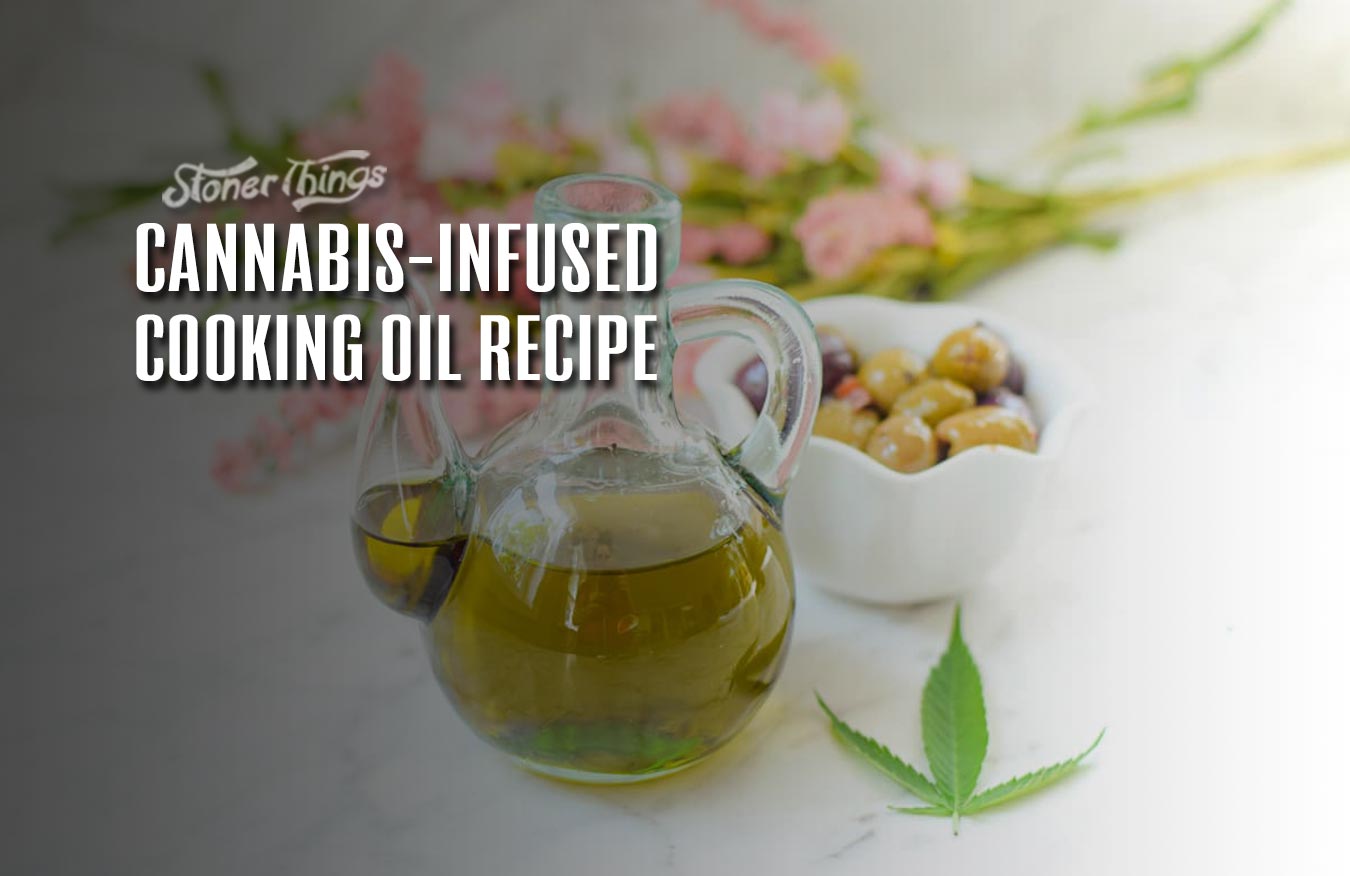 The late, great Chef Ra was renowned for his cooking with cannabis. Cooking is an art unto itself, but cooking with cannabis adds the twist of ensuring you get the proper blend of flavors and goodies you want in an edible, namely cannabinoids and trichomes. Cooking weed properly keeps the flavors and active ingredients you want, without imparting off-putting flavors into the dishes.

Cannabis-infused cooking oil is a great way to make tasty edibles, and it’s actually not that hard to make and keep on hand. Just be a little careful at first, because it’s tough to gauge how potent your weed cooking oil might be. A little bit may go a long way, so until you know how strong it is be judicious in its use. The good news is the oil does a lot of the work here, breaking down the membranes holding back all the terpenes and cannabinoids, but we’ll use a little heat to speed up the process. Now, onto the recipe! 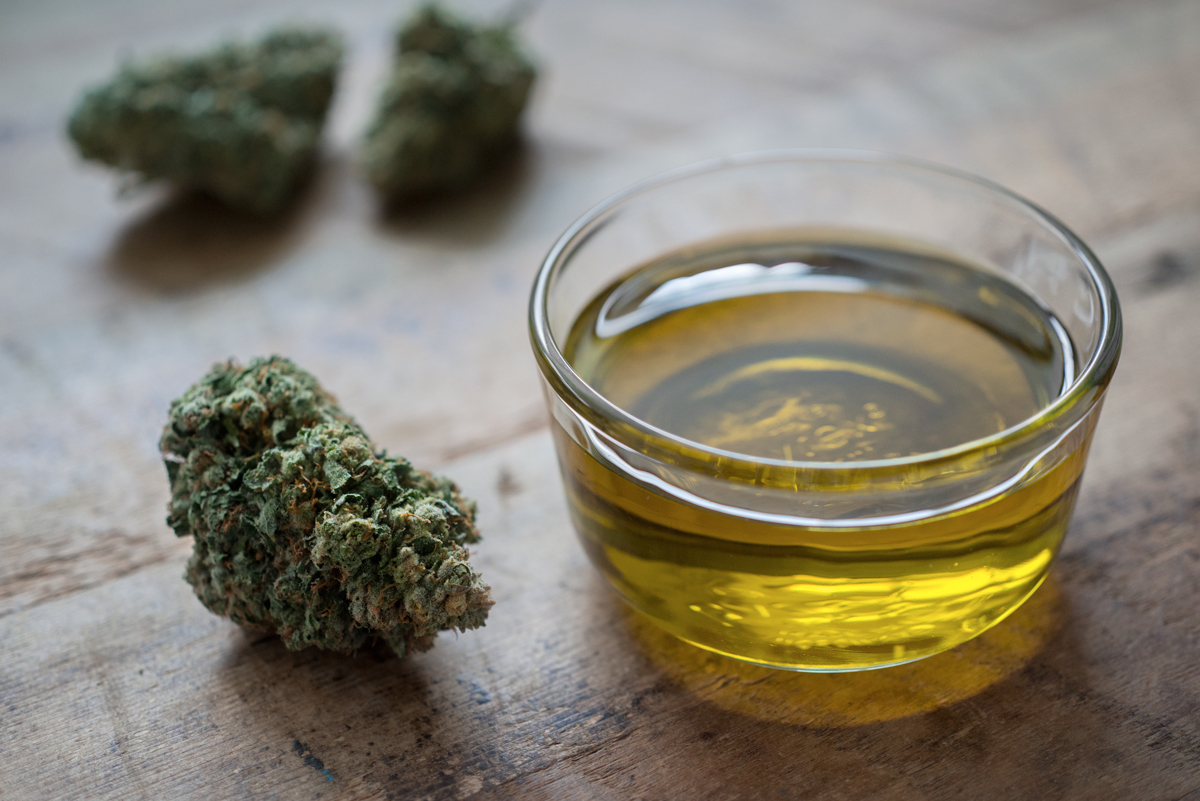 Follow the below steps to make marijuana cooking oil:

1: Grind up your weed

Grind up your flowers, or leaves, whatever you like, but know that when you put this through a strainer any pieces that get through will wind up in your oil. Those who have pulverized their pot will find a somewhat off-putting flavor can occur as a result. So, best is to use a proper grinder (as opposed to a blender or coffee grinder) for cannabis and set aside about a cup. You can vary that amount to make a more or less potent concoction, but the ratio is 1:1 cannabis to oil, so it’s easy to adjust given whatever strain you’re using, too.

Grab a double boiler or similar device (the idea is to indirectly heat the oil at a low temperature) like a slow cooker, and put the oil and plant material together. The goal is to activate the THC without cooking it, in part because you’re going to cook with it later, but mostly because if you scorch the stuff you’ll lose the potency. If you’re using a slow cooker, like a Crock-pot or Instant Pot (not pressure cooking mode!), it’ll take about 5 hours, and be sure to stir it every so often. If you’re using a double boiler you can let it sit for longer, like 8 hours. Again, you’re trying to squeeze every bit of potency out without cooking out the good stuff. Again, don’t forget to stir.

The riskiest method is with a basic saucepan, as this has the oil and plant directly on the heat source. If you go this route, stir frequently, and only cook it for a maximum of 3 hours. No matter what you cook the oil/plant mixture in, be sure the oil never goes above 245°F. You can use a candy thermometer to check this. And hey, you can later use it to make actual candy!

Now take a strainer or cheesecloth and pour that mixture in it, making sure you have a nice glass jar you can seal properly underneath. There’s no need to squeeze the cheesecloth as it’ll just push out stuff you don’t want, like chlorophyll, into your infusion. The sludge left over can be used but… it’s not great. Still, be brave like Gordon Ramsey if you like and try it. Meanwhile, your new, proper oil will stay safe for a couple of months, and a little more if you keep it in the fridge.

A note on cooking cannabis oil

Remember that bit about not letting the oil get too hot? That’s because you want to allow decarboxylation to occur. This is where the THC is activated, providing the potency you want. Now, if you’re thinking about putting this in, say, brownies, consider that the instructions may have you preheat the oven at 300°F or higher. That’ll cook out the potency! In fact, different temperatures will lead to different cannabinoids getting decarbed out, so you may want to lower the oil temperature even more, and then let the baking process finish the decarb process. By lowering the oven temperature but extending the baking time, you can ensure you’re getting maximum potency.

Yes, this is really just a 3-step process, but the temperature is the one finicky part. The best bet is to decarb in the oil, then use it in dishes you don’t have to heat up, or don’t use the oil at that stage, instead saving it as a “finisher.” There are also no-bake recipes for all sorts of stuff, including candy. Now you’ll have a nice batch of potent oil you can use as you see fit. Bon appetit!

View our other cannabis edible recipes: