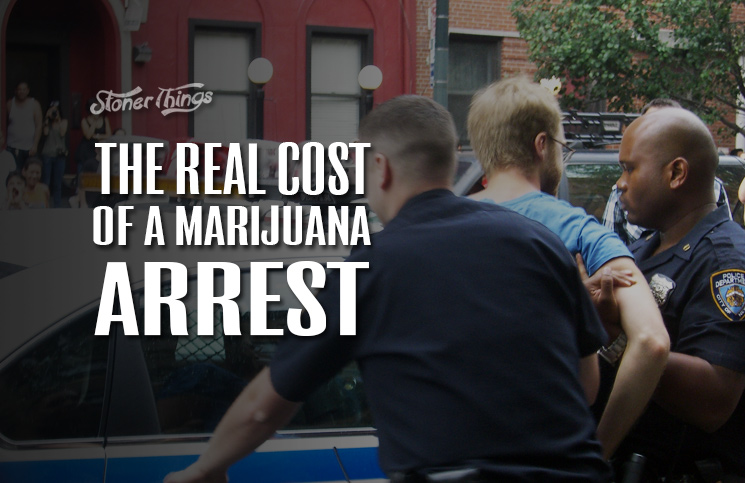 No one wants to get arrested. Jail sucks, fines suck, the simple inconvenience sucks. Even a low-end bust for marijuana possession can be a decidedly unpleasant experience.

But the consequences for many people are much worse than a few days in jail for a pot bust. Even a simple misdemeanor conviction carries a criminal record, a rap sheet that sticks forever.

There is almost no part of a person’s life that isn’t touched by a criminal record. It makes it harder to take out a loan, get a job, secure government benefits, even find a place to live. Here is a look at the three most serious effects of a marijuana rap sheet.

Federal law prohibits businesses from rejecting job applicants strictly on the basis of criminal convictions. But hiring managers are free to conduct criminal background checks, and even a misdemeanor marijuana charge could lead to rejection in most places.

Some states allow exceptions for applicants with simple drug convictions, but this is hardly guaranteed. And in many states, it’s relatively easy for employers to find records of marijuana arrests that never resulted in conviction. This could be enough to cost you a potential job.

It’s easier to avoid the question in some settings than in others. Police agencies, for example, do thorough background screening and typically refuse to hire applicants with any kind of criminal history. The same is true of lawyers and anyone else who hopes to work in the legal system.

The U.S. Department of Housing and Urban Development has pushed in recent years to remove barriers for ex-cons looking for apartments. Because there are no legal or constitutional protections for convicts as a class, landlords have long been free to deny housing to anyone with a rap sheet.

Such blanket bans are on the decline, but ex-cons still have an especially difficult time finding landlords willing to rent to them. Even in the face of new tenant protections, landlords have an easy time inventing alternative legal explanations for their refusal to rent to convicts.

With nowhere to live and no job, many ex-cons wind up homeless. That makes it more likely they will re-offend and add to their already growing rap sheets. And that becomes an endless cycle.

It should be no surprise that a person with a criminal record might need access to welfare, disability insurance, or other government entitlement programs.

While the federal government and most states allow people convicted of misdemeanors (including low-level drug offenses) to secure government benefits, people with drug-related felonies on their rap sheets are barred for life from enrolling in any federal welfare programs.

That includes a lifetime ban on SNAP (food stamps), general assistance (a small monthly cash stipend), and TANF (welfare for families). Social security payments and even veterans’ benefits can be stopped during incarceration, though ex-cons can reapply to these programs.

Many states allow exceptions to these rules, but roughly half do not. That puts recently released inmates in a nearly impossible bind, especially if their crimes were felonies and they cannot find jobs to keep them afloat. The only way to end the problem? Legalize cannabis.

What do you think: What can lawmakers do to ease the burden on Americans convicted of drug crimes? Leave a comment.