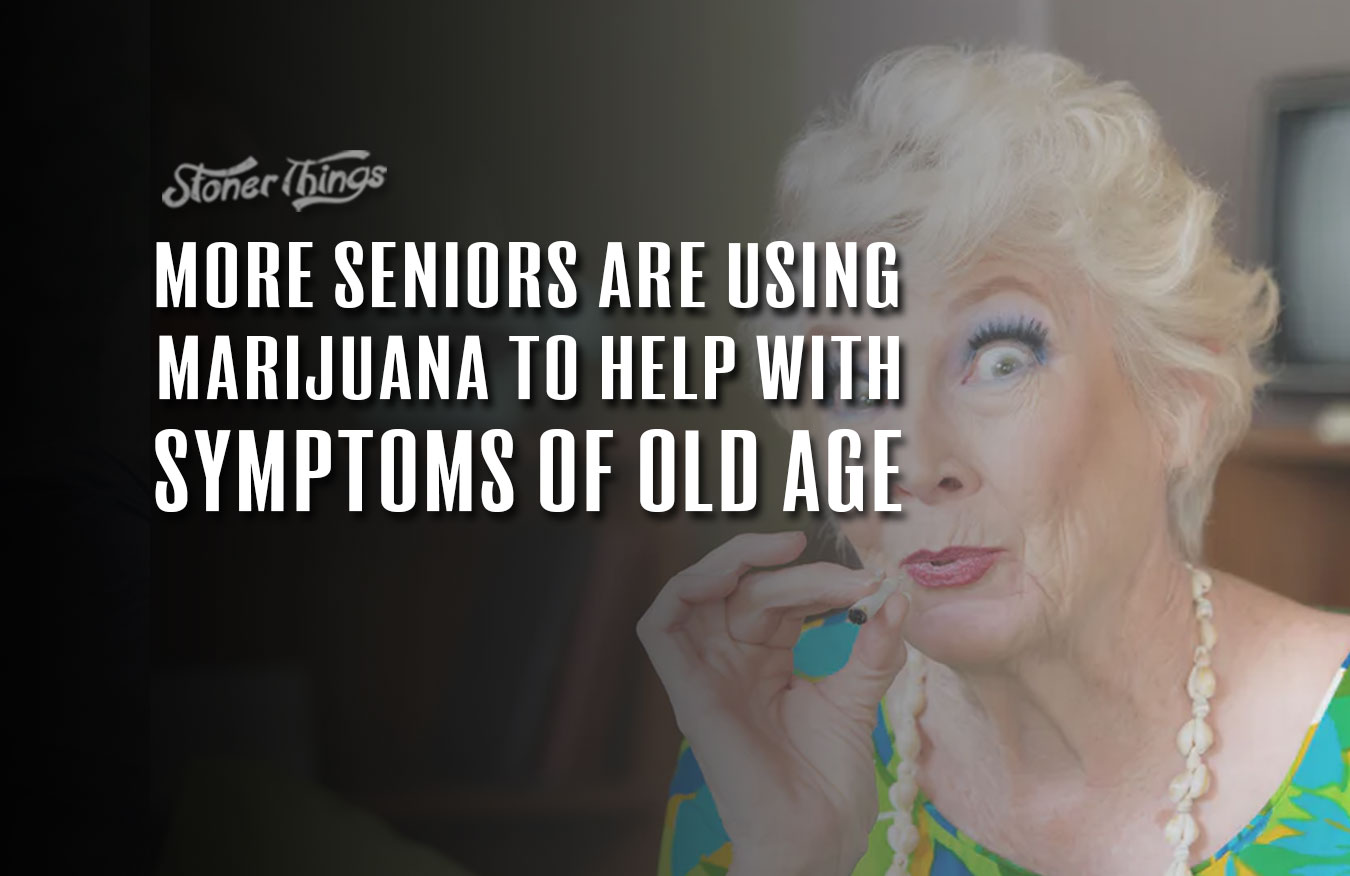 Aging populations around the world are getting older as life expectancy has grown in the last 50 years. Although that curve has flattened somewhat, senior citizens are increasingly looking at ways to enhance their lives as they age. It’s not so much about living longer, but living better. After all, if the golden years are spent in misery they’re not very golden. A study reports that more senior citizens are using cannabis — in many forms — to combat some of the issues that crop up due to old age. The report was published in the Journal of the American Geriatrics Society.

So how many elderly Americans are smoking pot? Sadly, this study didn’t exactly answer that question. The study was a survey of 568 seniors at a geriatric center in Southern California. Still, we can infer some trends and behavior patterns from this sampling. All of the respondents were over 65, placing them squarely in the senior citizen demographic. Consider that someone who is over 65 in 2020 would have been young back in the 1960’s, when hippies dominated the youth culture scene, and there was a burgeoning awareness that pot wasn’t as bad as they’d been told. Still, that demographic had a hand in helping push draconian drug laws in the 80’s and 90’s, so a change in sentiment would be a positive thing.

To that point, the researchers were specific in studying what this group of seniors were using cannabis for, and it was overwhelmingly for medical purposes. Trouble sleeping, anxiety, depression, and treating pain were all major factors for people over 60 who chose to use cannabis in their elder years. They also found that if weed is legal in an area, it’s likely the attitude about it is more relaxed, doctors might be more hip to prescribing it, and thus seniors living in such an area are more likely to try it for their medical symptoms.

Also, 15% had used cannabis in the past three years at some point, with 50% of users saying they used it regularly — mostly for medical purposes. Over half of respondents, 61%, say they’ve used cannabis after turning 60. Although that doesn’t mean they lit up a spliff on their birthday, just that they’ve tried cannabis at some point after they hit senior status. Another analysis in February 2020 indicated that cannabis use by seniors is up 75% from 2015 to 2018. It’s likely that in the last two years that number has continued to grow, and this latest survey points to this.

What did researchers hope to glean from all this? Really, it was to get a feeling of who is using cannabis in their senior years, and why. Now, they hope to “see more” research around the medical benefits, including studies and research that would further prove the medicinal value of marijuana. Although, it seems a bit strange to couch their findings in a “let’s see what the medical establishment says,” because so far medicinal use of marijuana is growing around the world. More doctors are prescribing it, and more healthcare professionals are realizing its usefulness — from CBD to THC concentrates, this is literally a golden age for medical cannabis. While researchers always keep an open mind, it’s a little puzzling to hear them waiting for evidence that largely exists already.