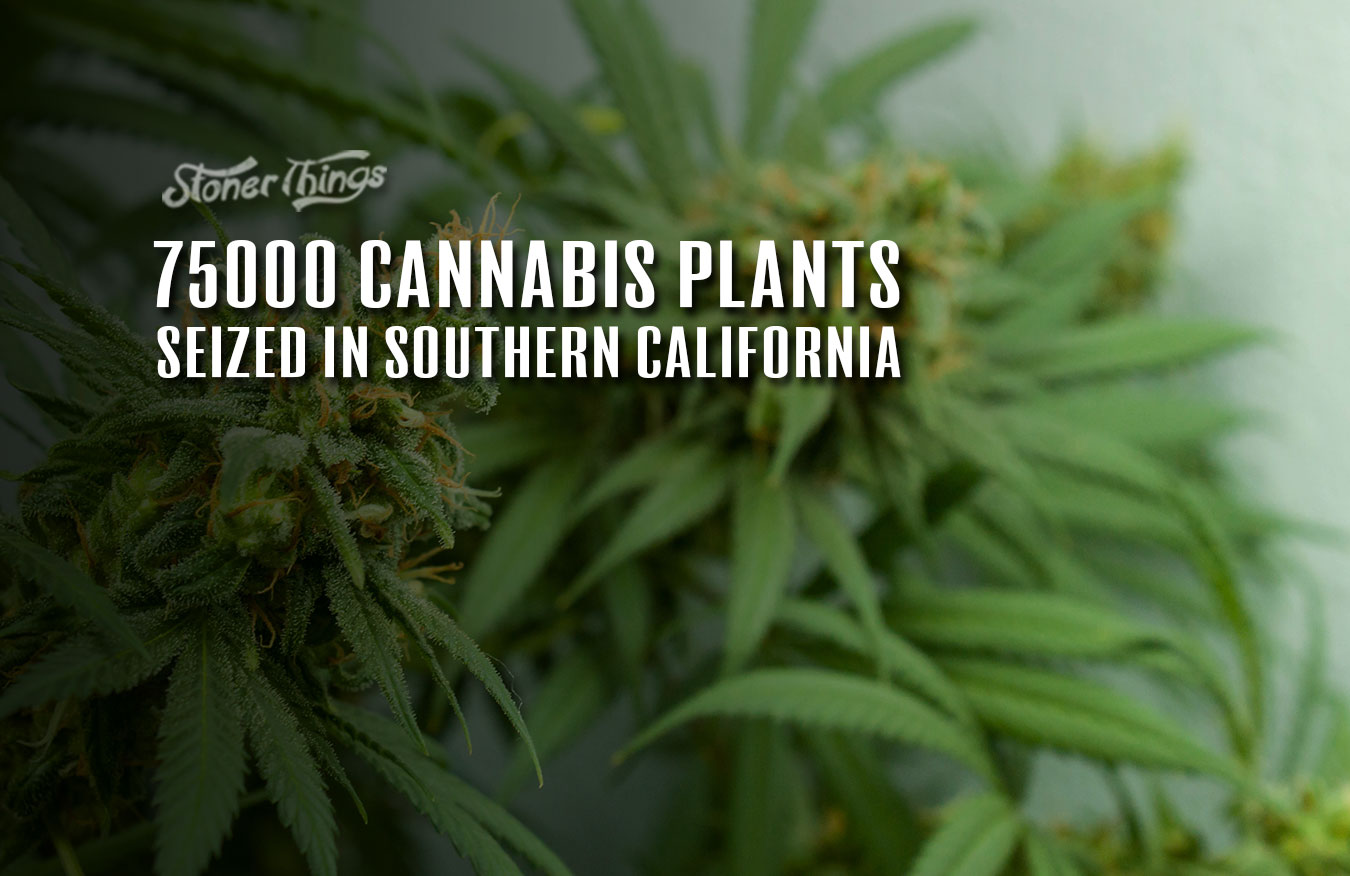 Most people might not think about illegal growing operations in states where cannabis is legal. In California, which has had some form of legal weed for decades, law enforcement routinely arrests illegal commercial growing operators and seizes their apparatus. Why is this so? Of course, the obvious reason would be tax revenues — after all, the states which have legalized pot use that money specifically for programs ranging from education to criminal justice reform measures. Anything grown “off the books” would circumvent funding for those programs. However, it isn’t quite that simple. In the race to be profitable quickly, illegal growing operations take shortcuts. At least, that’s what law enforcement reports.

High Times reports on a raid in Southern California that netted almost 75,000 plants. It also landed 11 people in jail, according to law enforcement. The action was a joint effort (no pun intended) between several offices, including the Ventura County Sheriff’s Narcotics Bureau. While one could argue for personal rights to grow a little weed, these were larger-scale commercial operations tucked away sometimes on public lands. The problem is, they can do real damage.

It’s not just about tax revenues. Some of the chemicals seized at the grow sites had been banned a decade ago. Specifically, carbofuran was a chemical banned by the EPA in 2010 because of its harmful effects on animals, including humans. Sold under the brand name Furadan, the compound is one of the most toxic pesticides but is one of the few that can effectively kill a specific type of bug that eats soybean crops. The pesticide became notorious for killing birds, however, as the granules looked like grain but was so toxic even a single piece could kill a small bird. As such, it is even sometimes used as an illegal poison for people killing wildlife. In the case of these growers, labels support the claim it’s most likely coming from China or Mexico.

Thus, the nature of these grow operations weren’t just about capturing tax revenue, but also shutting down environmentally damaging setups. Water — at a premium in Southern California — had been diverted to hydrate the illegal growing spots, and land had been altered, in some cases uprooting protected plants. One may argue the policy ramifications of legal growing operations that are in line with state regulations, and what those regulations are, but it’s hard to justify the type of environmental damage being done by these illegal farms.

Many of these grow operations are located in state or national parks, and in California those parks can be remote and gigantic. Growing pot on public lands has long been a dangerous game played by cultivators, and yet it’s done quite regularly by growers who hope to sidestep regulations or just grow outright illegally. In states where there are no cannabis laws, this may be the only recourse. In states where cannabis is legal, however, the operations invariably are run poorly and without much regard for long-term sustainability. It’s unfortunate, but a common tale when the government makes something illegal, or even partially legal. Even when alcohol was made legal again, some producers kept making it illegally to avoid the tax stamps implemented by states to collect revenues also known as “sin taxes.”