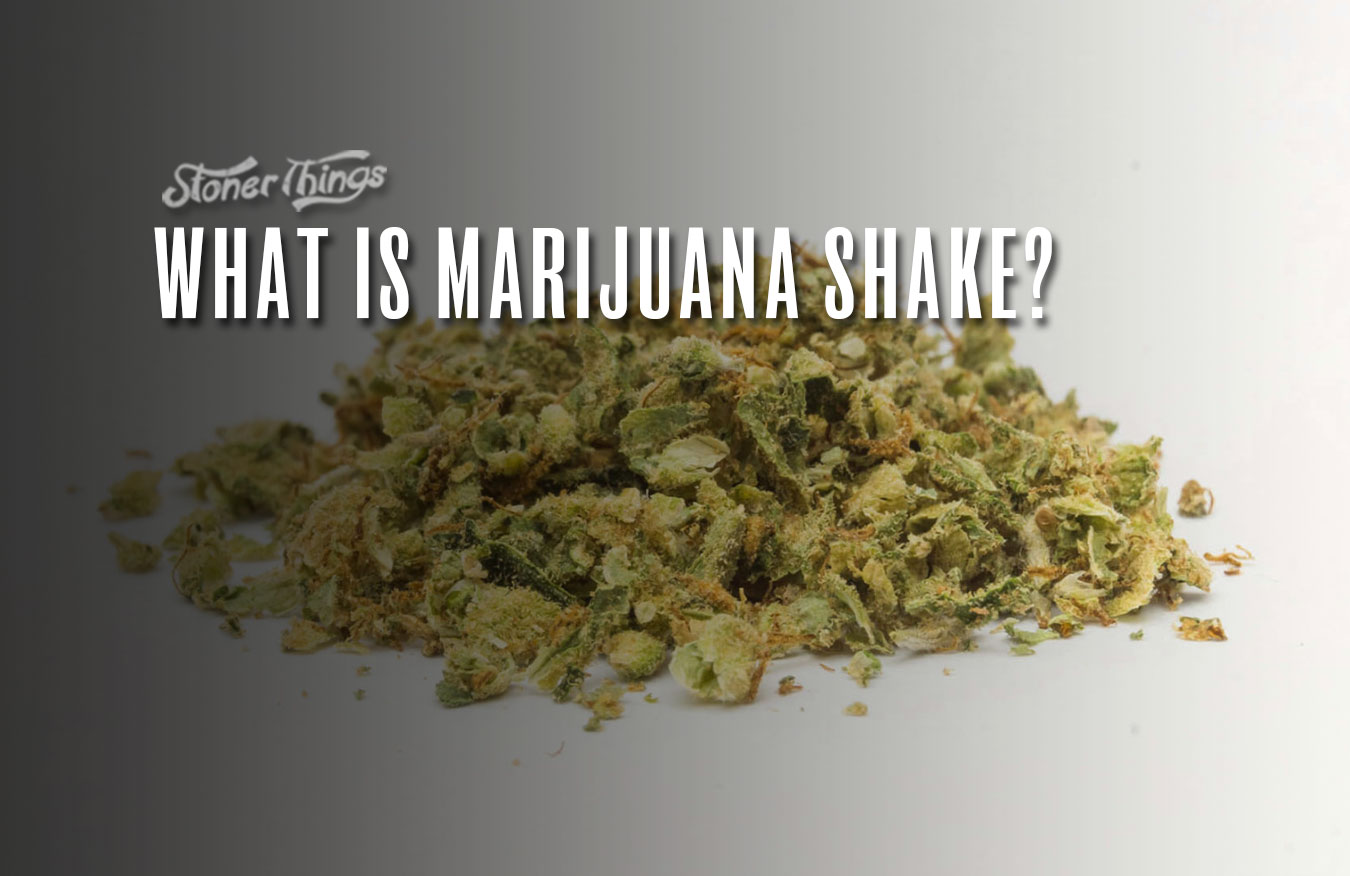 A master chef can take scraps and make a meal, right? Well, marijuana shake is a little like that — the scraps of your stash. Over time your weed stash become fragmented, as you break apart flowers to grind and burn some, little pieces are inevitably left behind. After a while this stuff adds up, and maybe you roll a little joint from the leftovers. Guess what? Dispensaries are doing the same thing. Many times the pre-roll joints you’re buying are actually shake, leftovers from trimming and packaging buds for sale on site. Should you think this is lesser-quality pot, it isn’t, it’s just like you put in the grinder at home. It just happens to be the leftover stuff from making concentrates or other things.

The good news is that shake at dispensaries is also often sold at a discount. It’s sort of like the odds and ends in a batch of fruit, a little ugly but still usable. Shake got a bad name back in the days of prohibition because it was sold by unscrupulous dealers and filled with junk like stems. Today, shake could settle at the bottom of a vacuum-sealed back and have potent kief on it, however. It’s a good, cheap source if you want to roll a few joints, which is why dispensaries do just that.

Since shake is cheaper, it’s a good source for edibles and homemade concentrates. Consistency doesn’t matter much in these cases, but you may also have a variety of strains mixed together. More problematic, you might have some plant trimmings in there, which won’t yield a lot of useful THC or terpenes. Just keep in mind that shake is likely to be more dry than flowers that are still together, so it’s best to use it before it gets even more dessicated. Re-hydrating shake isn’t recommended because it will burn slower, but it promotes mold. Mold will effectively ruin any marijuana you have!

Perhaps the best use of shake is in edibles or even ways that won’t get you high, but allow you to enjoy the cannabinoid profile of the shake itself. You can put shake in a tea ball and put it in hot water to make cannabis tea. This won’t get you high, but it’s good for shake that may have lost potency. Cannabutter is an ideal use for shake, as the already-powdered consistency makes it easy to mix into the butter mixture. You can create cannabutter for this awesome pizza recipe, and even sprinkle a little shake on the pizza itself, like you find oregano to dash onto pizzas.

Then again, the shake you’ll get for cheap at a dispensary is still typically potent stuff, and even if a blend of strains it makes a solid start to blunts and joints. Shake isn’t just “trash” weed, although maybe it used to be. Instead, think of it as pre-ground buds with perhaps a little extraneous material. It might be a little less potent, a little less pure, but it is still effective and an easy way to make edibles. If you’re still intent on smoking and want to wring every drop from your shake, you can also use a vaporizer.