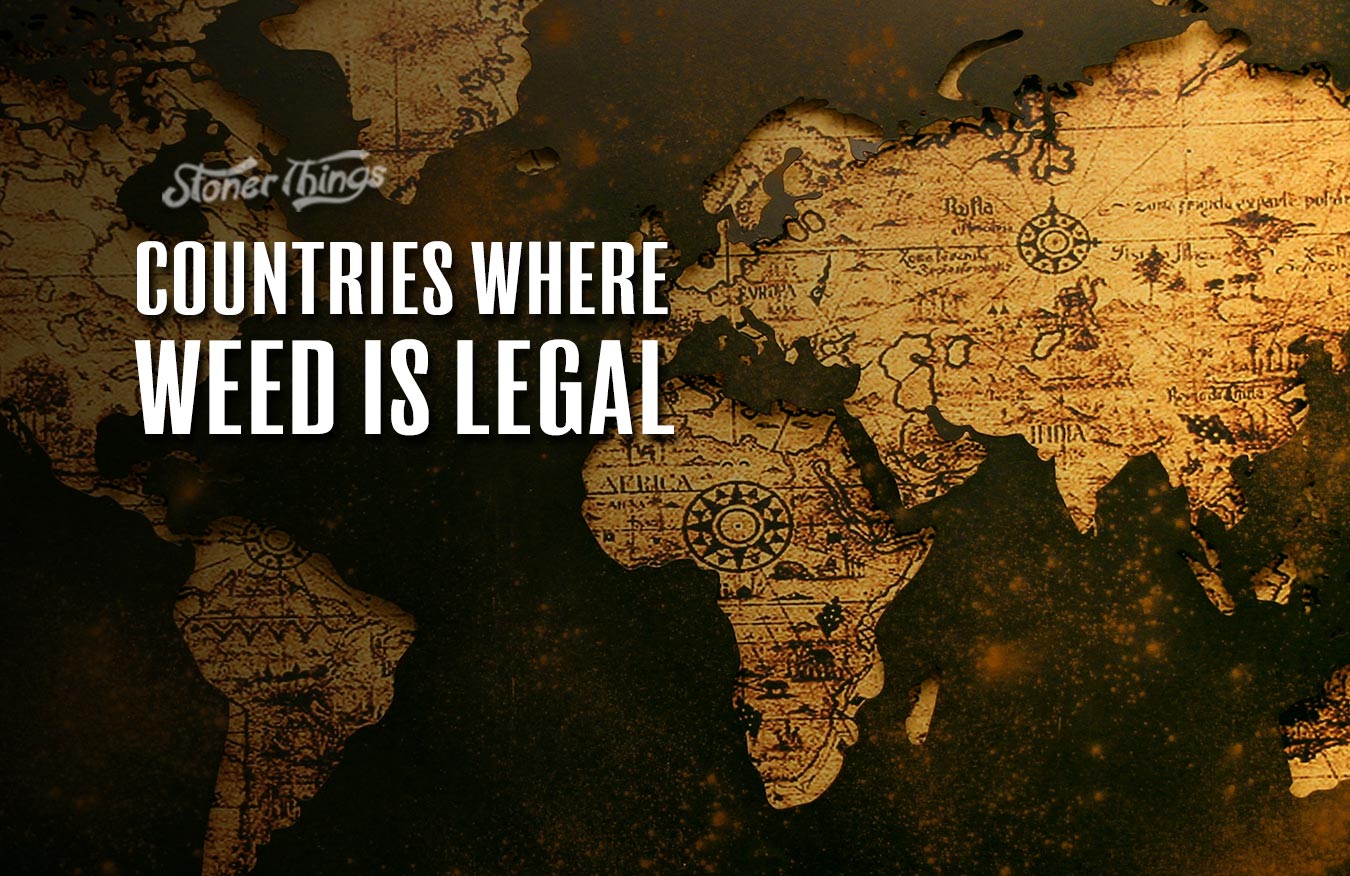 It’s not just the US where marijuana legalization is taking hold. The world has become a much friendlier place for stoners in recent years.

Not too long ago, not a single country allowed the use of cannabis for recreational purposes.

While many countries, such as the Netherlands, have long tolerated possession and even sales, none had taken the plunge to fully legalize pot until Uruguay in 2013.

Now, there’s a small but growing list of countries that have embraced legal weed. Here’s a list of every country where weed is legal:

After more than 15 years of nationwide legal medical marijuana, America’s northern neighbor legalized recreational pot use and sales in October, 2018.

The legal age to buy or consume weed is 19 throughout most of Canada, except for Alberta (18) and Quebec (21), with a public possession limit of 30 grams of dried flower or its equivalent in concentrates.

It’s also legal to grow up to four weed plants at home, apart from in Quebec and only for medical marijuana patients in Manitoba, so long as they are from “licensed seeds or seedlings.”

Public pot consumption laws vary from province to province, though many tolerate it anywhere that smoking tobacco is allowed.

Pot possession became legal in Georgia in July 2018 following a ruling by the country’s Constitutional Court.

Thanks to that juridical intervention, Georgia has the honor of being the first former communist state to legalize weed. But it’s not an anything goes approach to marijuana legalization.

Legal cannabis sales remain off the table, as does cultivation for either personal use or commercial purposes, while public consumption is also a no-no.

While many countries in the European Union have a ‘don’t ask, don’t tell’ approach to weed, the tiny island state of Malta became the first to formally legalize it for recreational use in December, 2021.

Now, adults aged 18 and older can possess up to seven grams and grow up to four plants at home.

State authorities are still drawing up the regulations for legal weed sales, but it has decided to adopt an approach similar to membership-based cannabis clubs in Barcelona.

Licensed cannabis associations with the status of a non-governmental organization (NGO) will be able to sell seven grams of dry flower to members per day, at a maximum of 50 grams in one calendar month. There will also be a limit of 20 seeds that can be distributed to members each month.

In 2018, Mexico’s Supreme Court ruled pot prohibition to be unconstitutional and instructed the legislature to get to work on reforming the country’s weed laws.

But after three years of debates and disagreements among lawmakers that led nowhere, the Supreme Court decided to step in once again to invalidate laws prohibiting personal cultivation and possession of pot.

So, since June 2021, marijuana is legal for private, recreational use and cultivation for individuals who have applied for and been issued with a permit from the state’s health secretariat.

The story’s far from over though. Mexico’s federal penal laws against cannabis remain in force, so the legislature still needs to act to align the country’s laws with its constitution.

In the meantime, commercial cultivation and sales remain prohibited, while those currently serving time for pot possession still have no clear path for release.

In 2018, the constitutional court determined adults are allowed to use, possess and grow cannabis for any purpose in private and the ruling entered into force in September of that year.

Alas, the ruling did not go so far as to compel lawmakers to establish a legal system of sales.

What’s more, public possession, use and cultivation of weed remains a criminal offense punishable by between one and 25 years in prison, so don’t get too carried away if you find yourself there.

Slowly but surely, the country has established a state-controlled legal pot market. To partake, Uruguayans must be 18 years or older, register with the government as a recreational consumer, and are limited to a maximum of 40 grams of dry flower per month. They can also choose to grow up to six plants at home for personal use.

Don’t go booking your flights just yet though. Non-residents aren’t allowed to buy weed from state-run dispensaries, and while public consumption is allowed wherever tobacco smoking is permitted, the cops may ask where you sourced your bud if they see you sparking up.