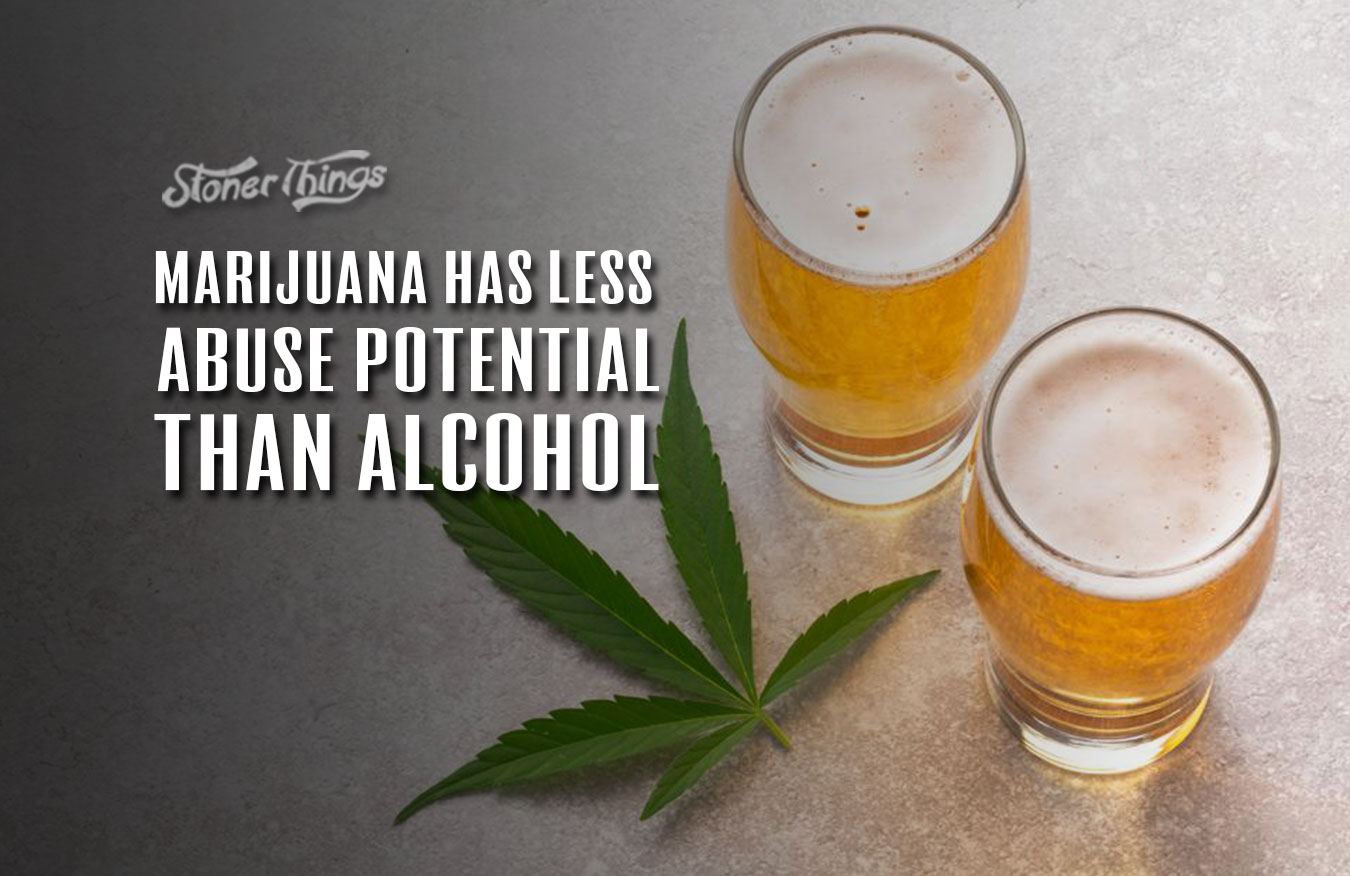 For too long, “drugs and alcohol” were more than neighbors in a phrase; they were taken as equals. Drugs were addictive, alcohol was addictive, and the two were essentially equal in that regard. For some, you’re just as likely to get hooked on weed as booze. Part of America’s disillusionment with pot prohibition, and why that began to falter in the counterculture movement of the 1960’s, is that the reality didn’t match up with the fear-mongering. Movies like Reefer Madness are now seen as kitsch, a goof, and practical satire. Yet we rarely see alcohol portrayed negatively in movies and TV, especially when pot was illegal in more states. There might be the stray movie like Leaving Las Vegas, or a “very special episode” of a TV show where a character has to grapple with their drinking, but it was more often “drugs” that were the villain. Despite all this, a survey indicates that most Americans aren’t falling for the propaganda and believe that marijuana is less likely to be abused than alcohol.

The survey was published in the journal, Addictive Behaviors. Of the over 1,000 respondents, more than half believed CBD, THC, hemp, and marijuana had medical benefits. In fact, the “public perception” the study notes, is that “CBD and hemp (are) similar to over-the-counter pain relief medications such as Advil and Tylenol.” Although the study’s authors say there haven’t been many surveys of public opinion on this topic, there’s no question that these numbers are higher than they were in the 1990’s and 80’s, during the peak of the Drug War.

The study notes, too, that general interest in CBD has risen over the past few years. Many Americans are turning to CBD products for pain, inflammation, anxiety, and more. People are also turning to THC-based products for similar reasons. Obviously there are plenty more medical applications, but what does the general public believe? When we see everything with CBD in it, does that mean we no longer trust it as much? Could these drugs be getting the right kind of PR?

Americans in the survey did not see marijuana as a Schedule 1 drug. Just under half of the respondents said they’re using either CBD or THC cannabis as a replacement for another drug. NORML points out that this tracks with previous studies. The deputy director of NORML, Paul Armentano, goes further, saying, “The overwhelmingly majority of Americans have long abandoned the federal government’s ‘Flat Earth’ position that marijuana is highly dangerous substance without any therapeutic efficacy.” Obviously years of propaganda has failed to convince everyone.

As for pot versus alcohol and opioids, the study says: “Perceived potential abuse of Cannabis was lower than commonly prescribed medications and alcohol.” That is, most people don’t see cannabis as particularly prone to abuse, whereas alcohol and pills are legendary in this regard. Unsurprisingly, CBD was also found to be more likely used for medicinal use, whereas THC is taken more for “fun and recreation.” We probably didn’t need a survey to hear that, but it can be important to ask these questions in a survey conducted by scientists because that can translate into policy changes.