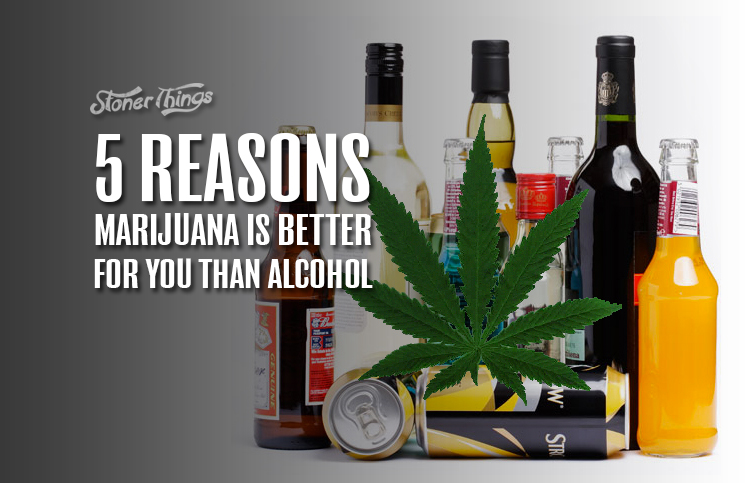 When you actually think of the influence that alcohol has on your body, behavior and health, it seems ridiculous that the drug is legal. And if it was discovered today, there’s no doubt that it would be prohibited. Marijuana, on the other hand, provides us with a plethora of benefits, which we’ve outlined below. 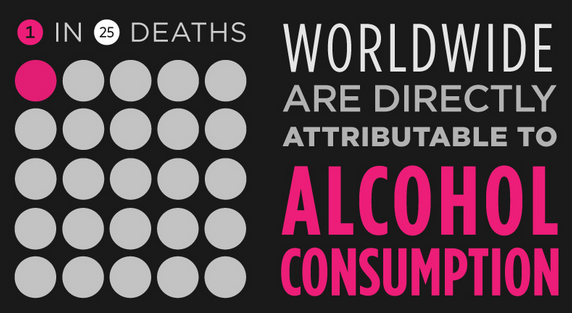 When you hear or read about violence done to innocent people, either by accident, or on purpose, alcohol is usually involved. The phrase “Instant Asshole, Just Add Alcohol,” really sums it up. Booze is proven to magnify negative emotions, and can leave large, gaping holes in your memory. Perhaps the memory loss is a blessing though, because drinking can also promote massive personality changes, which are rarely for the better. Alcoholics often wake up to an angry world, and have no idea why people are so upset with them. If you hear about marijuana in the news at all; it’s usually a story related to the health benefits of marijuana, not someone getting high and then acting out in violent ways.

There is a constantly growing list of the health benefits of marijuana, and yet the National Institute of Drug Abuse shows its political side by denying that weed is less toxic than alcohol! Marijuana has been around for eons providing medical and emotional relief. Think about it, the reason you never hear it mentioned in history books is because it didn’t lead to violence then, and it doesn’t now. Alcohol, or its use, will crop up in old tales; mainly associated with violent acts, but never a word about pot. When decriminalization hits, politicians will lose one of their favorite toys, but rest assured, they will find another.

3.  Alcohol is a physical and mental depressant

You know alcohol is going to numb your brain, but that isn’t the only body part that loses feeling. Alcohol doesn’t play favorites with your nerve endings; it gets them all, including the ones in your genitals. Maybe sloppy sex doesn’t matter much to alcoholics because they generally don’t remember it anyway, but marijuana, on the other hand, upgrades good sex to a fine art. Sex is proven to be good for physical and mental health, so one can consider physical intimacy, while under the influence of cannabis, as another of the health benefits of marijuana.

4.  Cannabis is known to treat cancer, not cause it

Alcohol consumption is tied to several types of fatal illness; one of them being liver cancer. It’s a painful way to die, and it seems ironic that marijuana provides so much relief to people dying from alcohol abuse. Records show thousands of cancer deaths per annum are alcohol-related, and yet politicians are still arguing over whether or not there are any health benefits of marijuana. Of course, there are benefits; just ask anyone who has undergone medical treatment for cancer, and then went home to smoke a bowl. Marijuana eases nausea, and improves the appetite of cancer victims, how could any sane person say it has no health benefit?

Many things just do not mix well with alcohol; and driving, or making important decisions, are two of the biggies. A brain numbed by alcohol isn’t fully alert, and you risk your business reputation when you make foolish decisions you would never approve while sober. The known health benefits of marijuana are well documented, but there isn’t enough data yet to decide what, if any, effect marijuana has on decision making. However, early results are promising. A marijuana user may take longer, but after careful thought, the smoker is likely to come up with the same answer to a problem as a non-smoker. It may take longer for smokers to make up their minds, but good decisions are worth waiting for.