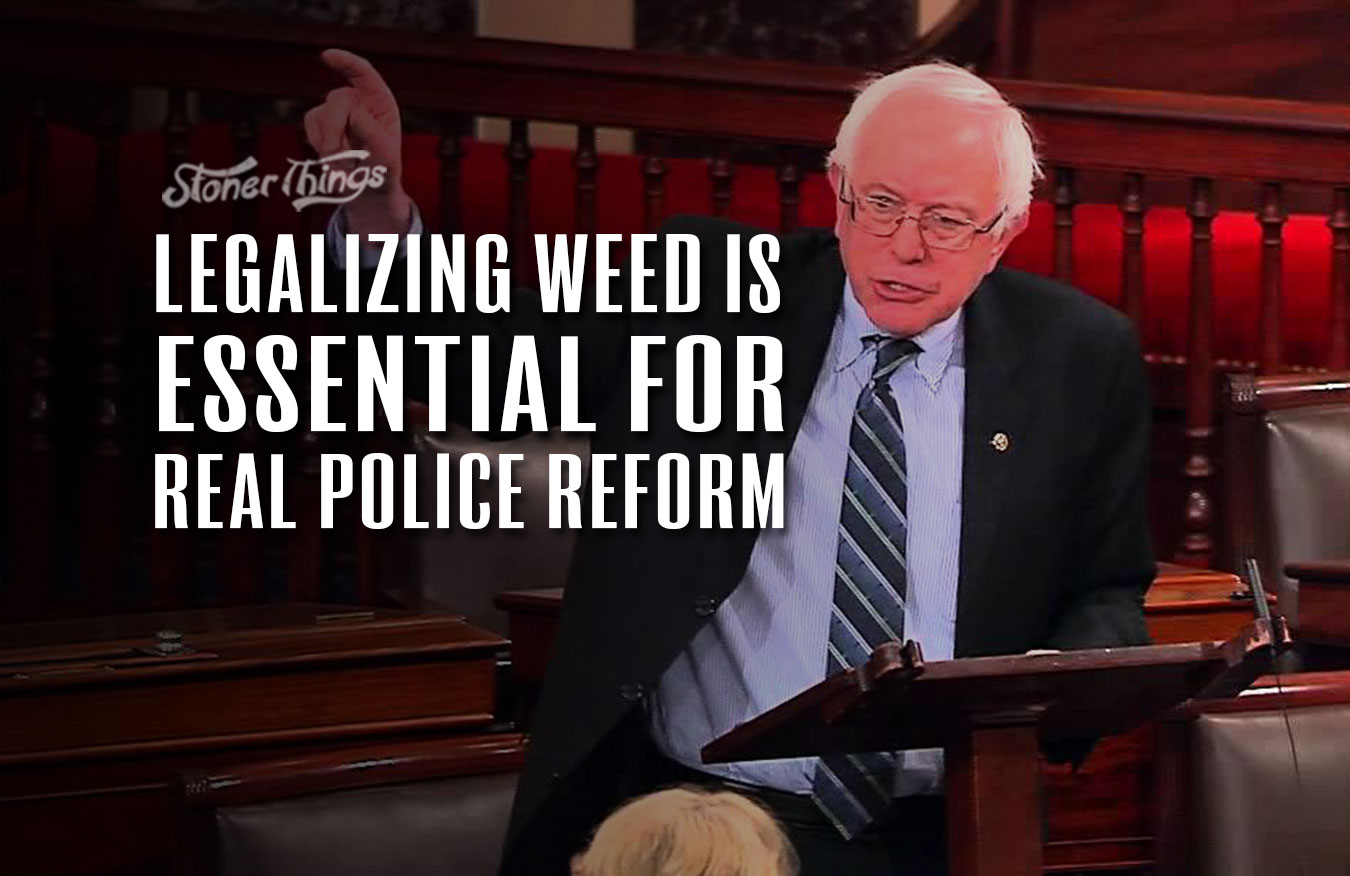 America’s harmful War On Drugs didn’t just damage communities by throwing people in jail for long sentences due to low-level drug crimes, it weakened trust between law enforcement and communities. That is, if there had been a good relationship to begin with. Americans are learning more about how much their taxes are going to highly militarized police forces, and how immune from accountability those forces have become in just a generation or two. Bernie Sanders has been involved in politics long enough to see the vilification of civil rights leaders in the 1960’s to the disastrous drug war in the 1980’s and into the 2000’s. In light of Black Lives Matter protests around the country in the wake of George Floyd’s death, Sanders has pushed for legalizing cannabis at the Federal level as part of comprehensive police reform measures.

Sanders gave a speech on a number of reforms on the Senate floor, in support of a raft of sweeping justice reforms that must, he says, include marijuana legalization. Sanders has been a consistent advocate of legalization, but his words in the Senate were couched in the light of reducing the workload on cops. The thinking goes, if the police aren’t occupied with nonsense like a guy smoking a joint on his porch, they’ll be able to focus on real crimes. Plus, the increasing militarization of the police — getting equipment that was previously used by the military at bargain prices or even free — has exacerbated the violence against minor drug offenders. It’s a powder keg of twitchy cops and innocent Americans who are suffering under inconsistent laws because of utterly disproven claims about the harms of marijuana.

Some House members also passed around a letter calling on members to consider marijuana legalization in discussions around police reform, as the two are inextricably intertwined. After all, decades of men and women being tossed in prisons around the country would argue that their lives, and the lives of those they touched were forever altered. Not in a good way, either. Thankfully, many legislative efforts in recent years at the state level to legalize weed have included measures to include black business owners for cannabis operations, and purging records of low-level drug convictions. While these efforts can’t undo the damage of the past, they can hopefully mitigate some damage and set an example going forward.

Back to what Sanders was calling for on the floor of the Senate, his words may have rung true but in today’s highly politicized atmosphere it’s a looming question as to whether these provisions would pass. While there is increasing support for Federal legalization, there’s little political will from the majority of Congress. There’s the possibility that linking marijuana not only to health outcomes but to criminal justice reform might be enough to dislodge the blockage that keeps hampering reform efforts. But it’s likely that legalization would have to be presented in a “clean bill,” or one that focuses on one task instead of many at once. Then it will be up to the DEA to reschedule pot as anything less than a drug without any medical benefit. Because there’s hardly anyone who now believes that.