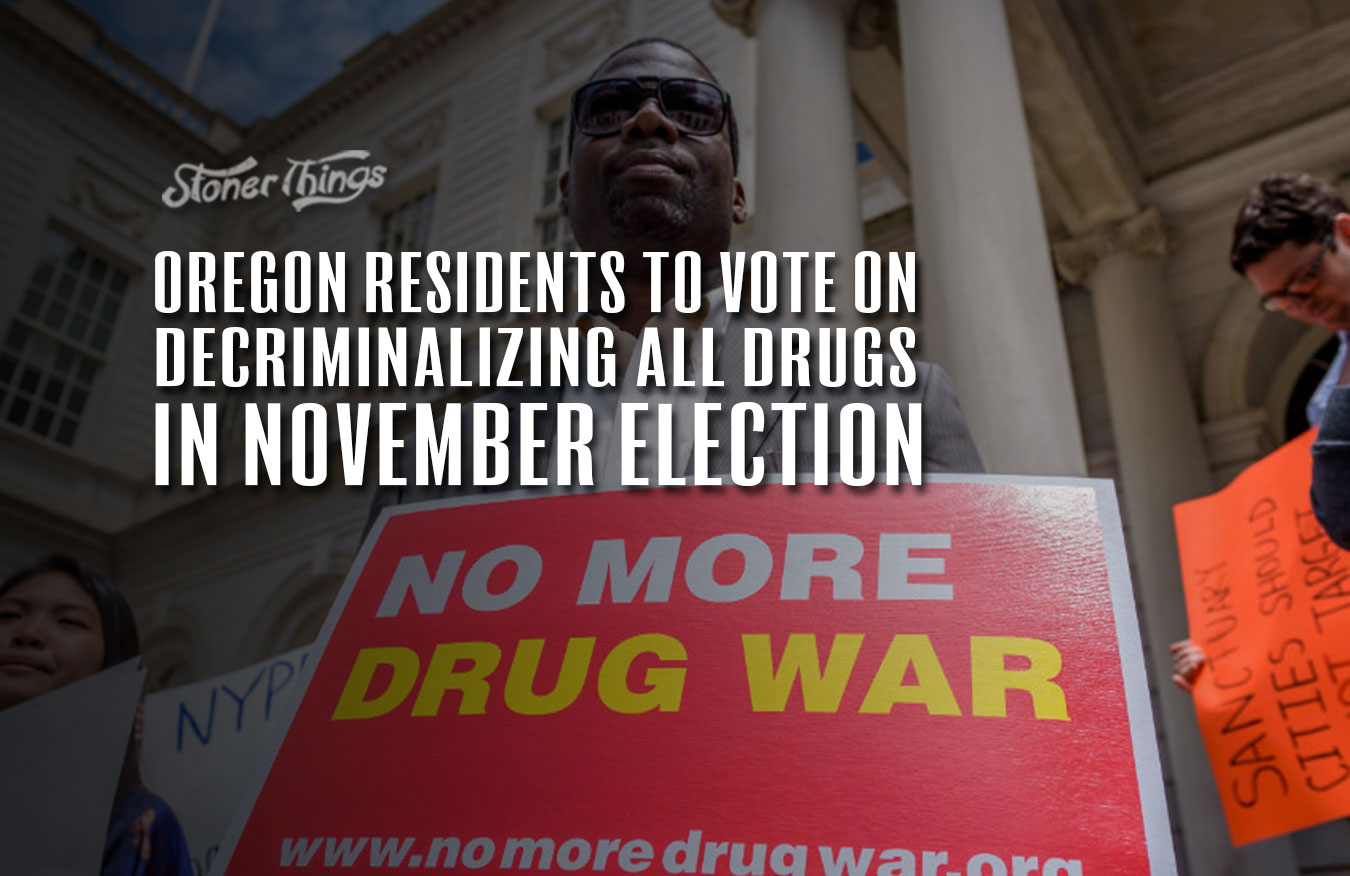 Around the U.S. voters have had opportunities to vote on state laws, and in many cases in the past decade they’ve chosen to legalize marijuana. In state after state where legalization has been put to popular vote, there have been meaningful reforms passed. Still, there’s more work to be done. Some have argued that our prohibition of drugs in general has also been harmful, and they’re not just talking pot. In countries like Portugal, treatment of addiction to drugs like opioids have resulted in better outcomes because instead of criminalizing use, they’ve accepted the fact that people can and will try drugs and become addicted. By removing the stigma and punishment side of the equation, and treating addiction like the medical condition it is, they’re seeing fewer addicts and better recovery.

Oregon is the first U.S. state to put together such a proposal, decriminalizing all drugs and sponsoring support programs with the money made from legal weed. As Leafly reports, Oregon legalized cannabis in 2014 but still has poor outcomes with drug addiction programs. In fact, statistics indicate 1 or 2 Oregonians die every day from overdoses — something those who drafted the proposed law hope to change.

Drug possession cases can further erode one’s ability to stabilize their environment, leading to more drug use and a further cycling into addiction. This awful chain of events plays out routinely across America, as legislators in the 1990’s took a zero-tolerance approach to drug crimes, incarcerating thousands if not millions of addicts who could have otherwise been rehabilitated had they not been thrown in jail. The shift in thinking about addiction more as a medical condition than a legal predicament isn’t new, but has gained more steam as legalization of cannabis has shown that there are positive benefits to legalization otherwise. That is, people are seeing that drug use shouldn’t be treated as a crime, and a lot of negative consequences have stemmed from our treatment of it as criminal.

The COVID-19 pandemic has further exacerbated a bad situation, too, as everything from housing to tax-funded treatment centers have been impacted negatively. Overdoses are on the rise, and jails are responsible for spreading COVID as well, which means arrests are leading to more infections, which are leading to more deaths. Experts say this is unnecessary, and it’s true. Considering how other countries have successfully treated addicts without jail time, there should be no need for such harmful, threatening practices. To get there, however, laws must be reformed.

And ultimately that’s the goal with this measure, IP44. Getting addicts the help they need without oppressive legal entanglements would not only save the state money, but save lives as well. Additionally, there could be a measure to legalize psilocybin for therapeutic use. This would put Oregon at the forefront of legalization of psychedelics for therapy, which is another welcome advancement. It’s unclear how these measures will play out as we approach November and continue to deal with a global pandemic, but given the dynamics of how the virus has changed our politics, this could be the year that drug policy sees enlightenment.