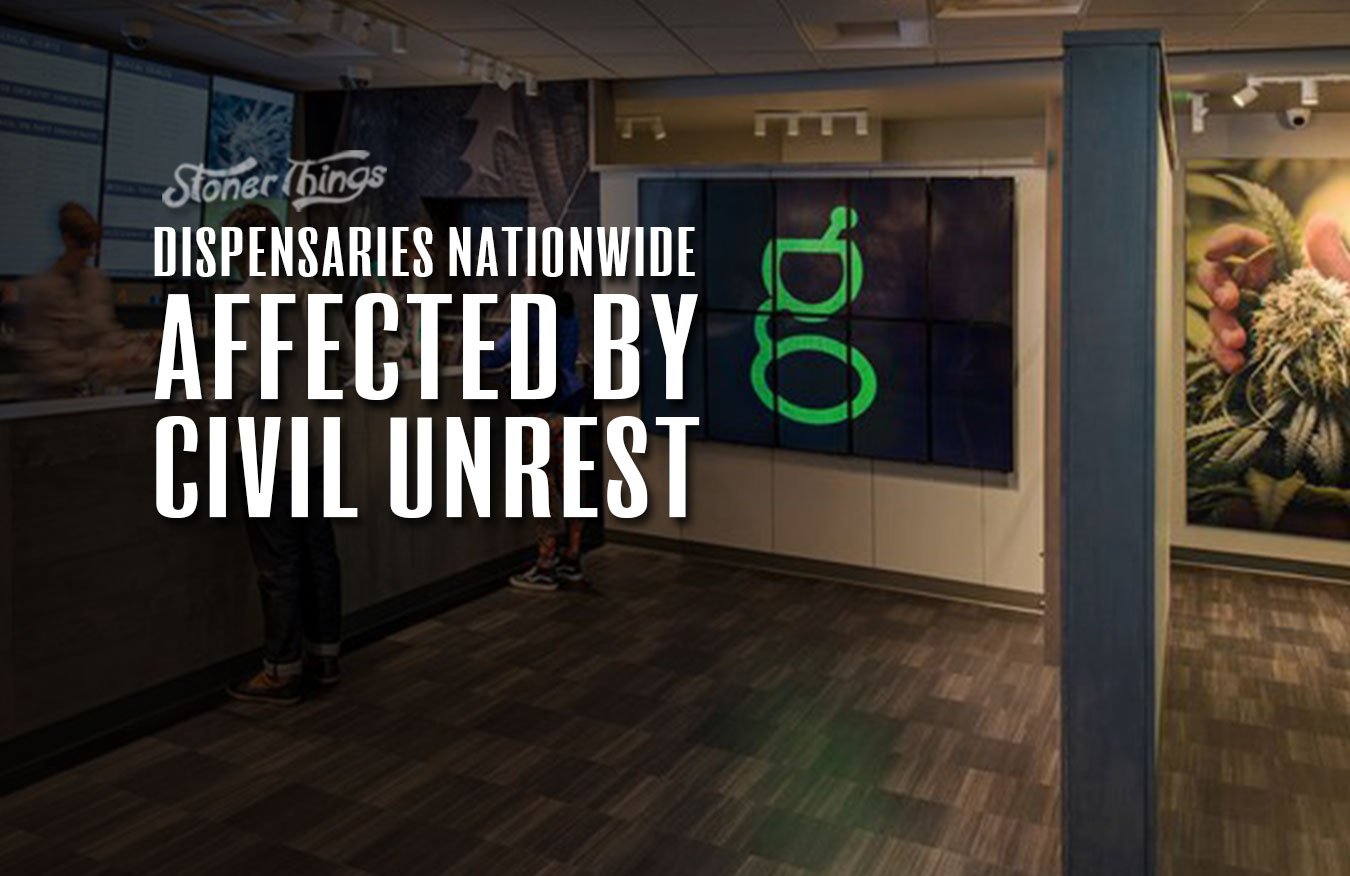 You’d have to be living under a rock to not be aware of the massive protests across the U.S. in the wake of the death of George Floyd. The outrage is justified, given the disproportionate numbers of black men and women who are incarcerated, killed, or otherwise mistreated by authorities. In fact, racial inequality has been a topic among legalization efforts, as some states have enacted measures to ensure that those who profit from legal pot aren’t just wealthy white businessmen. Meanwhile, when riots erupted in cities across America, pot dispensaries were impacted by some looting.

Social media posts showing looting in cities were juxtaposed with police acting aggressively against peaceful protestors, while some of those videos included dispensaries. A MedMen store in Los Angeles was filmed during looting, prompting the chain in the city to close its shops briefly before reopening with more stock. Over 40 cannabis dispensaries reported looting in the first day of June.

Some had slightly different takes on the looting. Rapper and dispensary owner Berner said, “It’s extremely unfortunate what happened to our store tonight on Melrose. But as a human living in the world we’re living in today, I cannot expect anything less until justice is served,” and went on to say a store can be brought back but a human can’t.

I don’t expect everyone to understand what’s going on in the world 🌎 right now …. but I do ….

Professional thieves took advantage of a wellness center in Oakland, but they weren’t rioters. They managed to get through several layers of security in the building, including safes, but the mindset was one of understanding from the managers of the facility. Operator and long time cannabis activist Debby Goldsberry told High Times, “Our shop can be rebuilt, but the black lives taken by the police, again and again, are gone forever.” Goldsberry took pains to explain that the health center was hit by professional criminals and not looters.

BREAL from the venerable band Cypress Hill took a slightly more conciliatory tone, tweeting: “Today as a country we hit a low point.  Rioting, looting  and burning down business all during a pandemic isn’t going to make the change needed. It will only set us back. Protest peacefully and remove the instigators that aren’t there in the name of George Floyd.”

Meanwhile, Kevin Ahaesy, the owner of ECO Cannabis in Oakland expressed disappointment in the lack of police response, while acknowledging they were “busy elsewhere.” His complaint was largely economic, saying, “I think that we pay extremely high taxes and extremely high fees to the city of Oakland. I think if they’re going to make us an exception in that respect, then they also have to make us an exception in protecting us.”

As riots turned into growing, peaceful protests, George Floyd was laid to rest as a number of states and municipalities made some movement towards reforms. Even so, dispensaries are already rebuilding and restocking to provide their needed services.