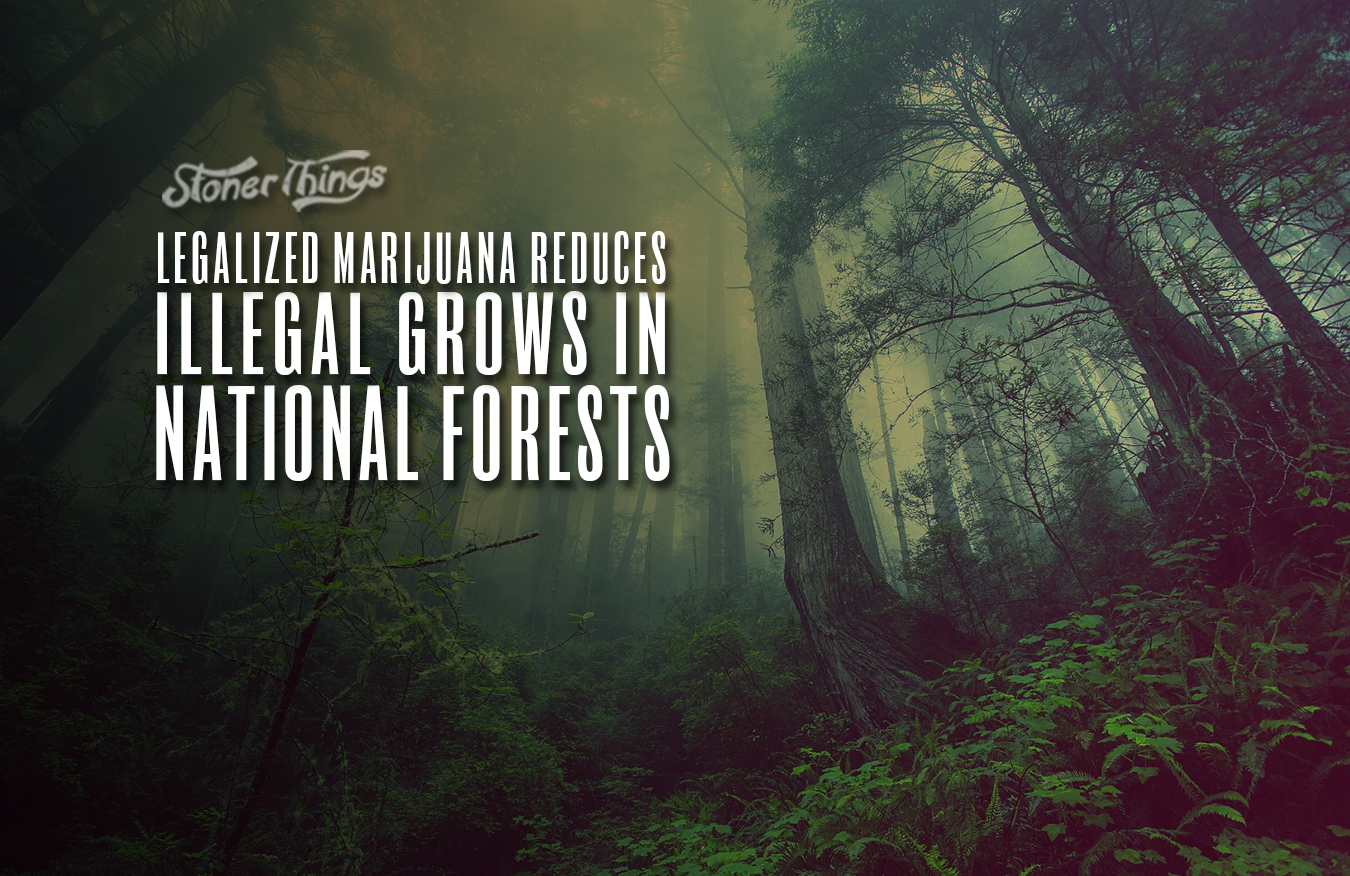 As the U.S. continues with a patchwork of laws legalizing cannabis in some places but not others, the market demands and product supply has yet to equalize. In other words, there are still a lot of people who would like to buy marijuana legally, but cannot. Producers have two options: Grow indoors (illegally) or grow outdoors (illegally). Outdoor growing is fraught with danger, of course. Forfeiture laws that allow the state to take away land if they find pot growing there are still on the books. So outdoor growers often turn to planting their crops in national forests. Now there’s a study to see how legalization has impacted these illegal growing operations in national forests.

It may sound like a harmless thing, but growing pot in forests — at least illegally — is almost as bad as logging. As Vice reports, that’s because the growing plots are deep in the forest’s core, and spread out in isolated pockets. Any pesticides or cutting of trees can damage the ecosystem there, and turns the wildest parts of the forest into a Swiss cheese of wild and cultivated tracts. This can impact species who rely upon the particular nature of a forest’s core, things like shade, protective cover, humidity, etc. Logging operations are large, yes, but tend to be focused on the perimeter of the forests, which don’t house as many delicate species. The illegal improvisational farming spots are causing lasting damage to the ecosystem while the debate over legalization rages on.

So it’s obviously imperative that the forestry service figure out if legalization can help reduce illegal farms within park borders. Turns out, there’s a major impact on the forests when a state ends prohibition. The study shows that when cannabis cultivation is legalized, fewer people will resort to illegal growing operations within national forests. That seems like common sense, doesn’t it?

Researchers didn’t stop there, however. They also wanted to know if increasing enforcement of prohibition reduced growing operations as well. In their simulations, they found that yes, more police and harsher regulations can reduce these illegal growing ops. But they aren’t as effective at reducing the rate as legalization, and of course cost far more in terms of money and manpower. Not to mention the ancillary costs of imprisonment and the societal costs.

The numbers work out like this: Doubling police budgets yielded about a 10% drop in growing operations. Simulations where legalization was expanded show a reduction of 20% or more. And again, legalization lowers the cost of policing, incarceration and prosecution while also raising tax revenues, among other benefits. Speaking of taxes, the study did show that legal, taxed operations are also having an effect — and not a good one. It’s a simple cost/benefit analysis, really. If the cost of taxes makes a grow operation too expensive, growers will try a spot in a national forest and head to the black market. That’s been the case for a long time, as anyone familiar with the moonshine business can tell you.

Hopefully this government data will pave the way for more governmental action away from prohibition and towards federal legalization. The key seems to be balancing the economics so growers are more incentivized to pay taxes and stay within the system rather than escape regulations and taxes by operating a cheaper “farm” within a forest. Will it work? Time will tell, and the nation’s forests will hopefully benefit.