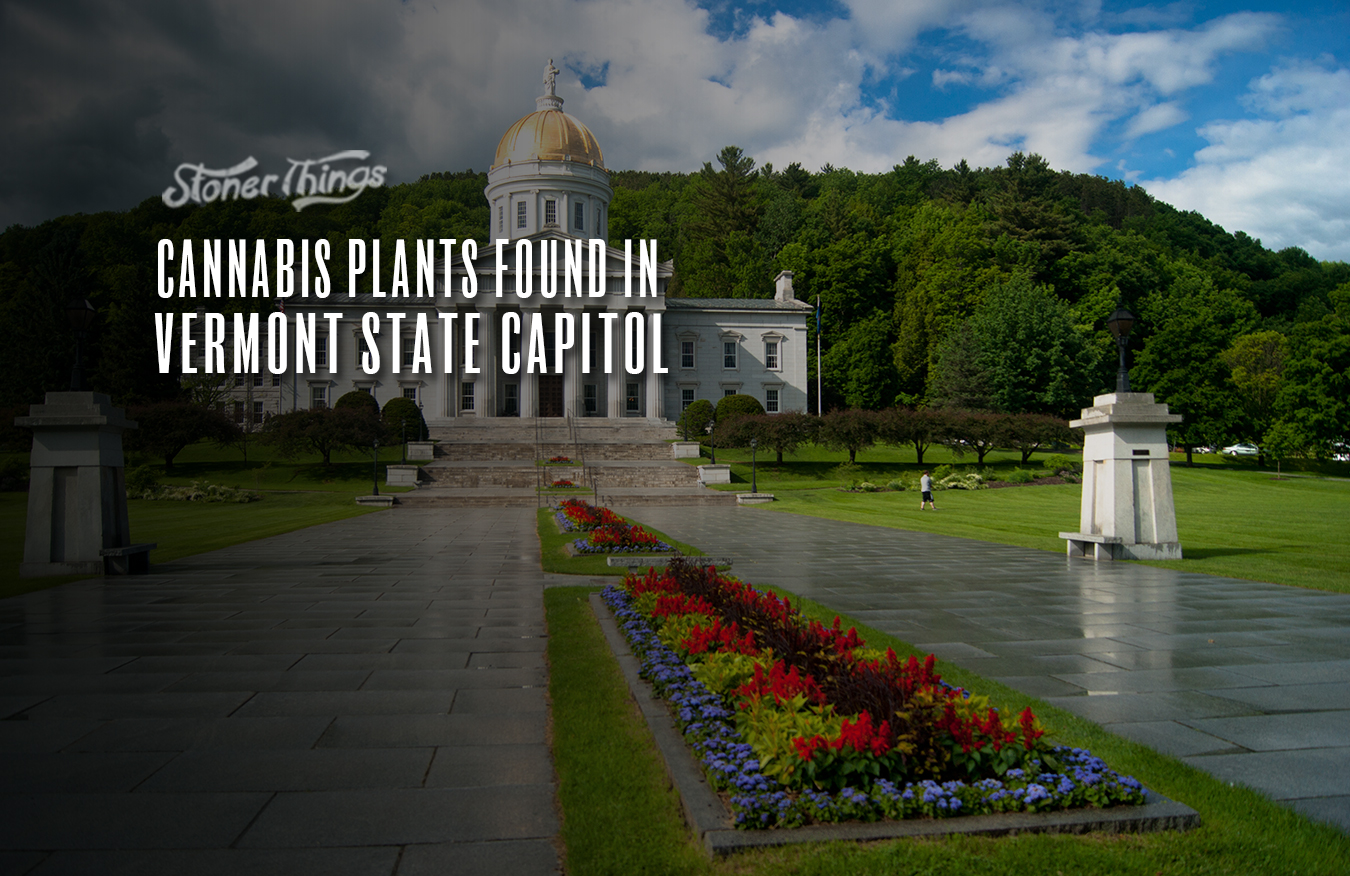 Ah, Vermont. A state known for being the birthplace of Ben and Jerry’s and also as being one of the largest contributors to the maple syrup trade. And now, Vermont has a new claim to fame. Residents of this Northeastern state are left wondering what the motivations were behind and how someone could get away with growing 34 cannabis plants in the Capitol flowerbed.

Luckily, Capitol Police Chief Matthew Romei has a sense of humor. He told the local news station that he thought it was a funny surprise to return to after vacation, and that he does not intend on pressing any criminal charges. If charges were filed, the police department would most likely rely on tips from the public and surveillance cameras to catch the perpetrator.

Marijuana plants can produce over a pound of weed per plant, so the culprit behind the plants was probably planning a large payoff for the large risk. Although marijuana is recreationally legal in Vermont, it is still against the law to grow the plant in any public places or smoke it in public. In 2004, Vermont became one of the few states to allow the use of medical marijuana, and in 2018 cannabis was legalized statewide for those over the age of 21.

Whether the act was a prank or just someone testing their luck, it can be dangerous to plant cannabis in public places. It can lead to putting animals and children in danger. The reason that the required age for using cannabis is 21 is because when a brain is underdeveloped, the drug can be detrimental to one’s health. In rare circumstances people under the age of 21 can access cannabis for medical purposes, but most typically it is frowned upon, not to mention illegal, to provide cannabis to minors. Growing cannabis in a public space such as a Capitol flowerbed means giving local youth a green light for using the drug at their free will.

The local PD says this isn’t the first time there’s been marijuana plants found growing in public spaces, but there isn’t much that can be done. In terms of crimes that are openly causing harm to residents, growing cannabis in a flowerbed falls to the bottom of the totem pole. If you are thinking of growing marijuana plants in your local town, just skip it. If it’s legal to grow in your own home, just do that. If not, just wait. It won’t be long until hopefully your home state legalizes it.