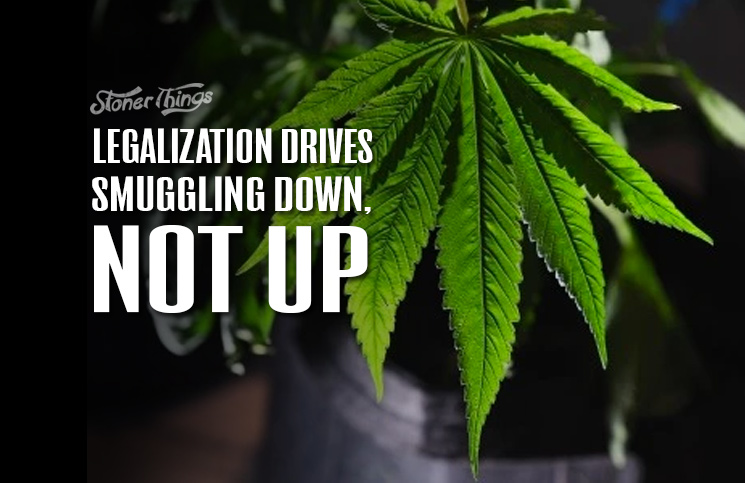 Opponents of marijuana reform like to toss out arguments, few with merit, to explain why it makes sense to prohibit a popular drug after nearly a century of failing to do just that.

One of the most popular is also one that appears especially sound as logic goes. The complaint implies that huge amounts of marijuana are flowing from states where the drug is legal – Colorado, for example – and into states where it is not – Oklahoma and Nebraska, say. Those two states sued Colorado last year, claiming officials there had a legal responsibility to ensure none of the legal pot makes its way across state lines.

The U.S. Supreme Court rejected that argument, but the assumptions behind it live on. More legal cannabis, the thinking goes, leads to more interstate crime. But a recent report in the Washington Post calls those assumptions into serious doubt. In fact, the newspaper found, legalization may be driving illegal trafficking down, not up.

These data come from the U.S. Sentencing Commission, an agency that gathers and regularly releases statistics on federal law enforcement efforts. The numbers were delivered in the commission’s most recent update. The information shows federal trafficking crimes have dropped sharply since 2012, when Colorado and Washington became the first states to legalize cannabis for recreation.

The decline doesn’t appear to have reached a bottom, at least not by January. The decrease continued through the end of 2015, the commission reported.

“The number of marijuana traffickers rose slightly over time until a sharp decline in fiscal year 2013, and the number continues to decrease,” the report says.

But smuggling of other drugs, notably meth and heroin, seems to be rising. 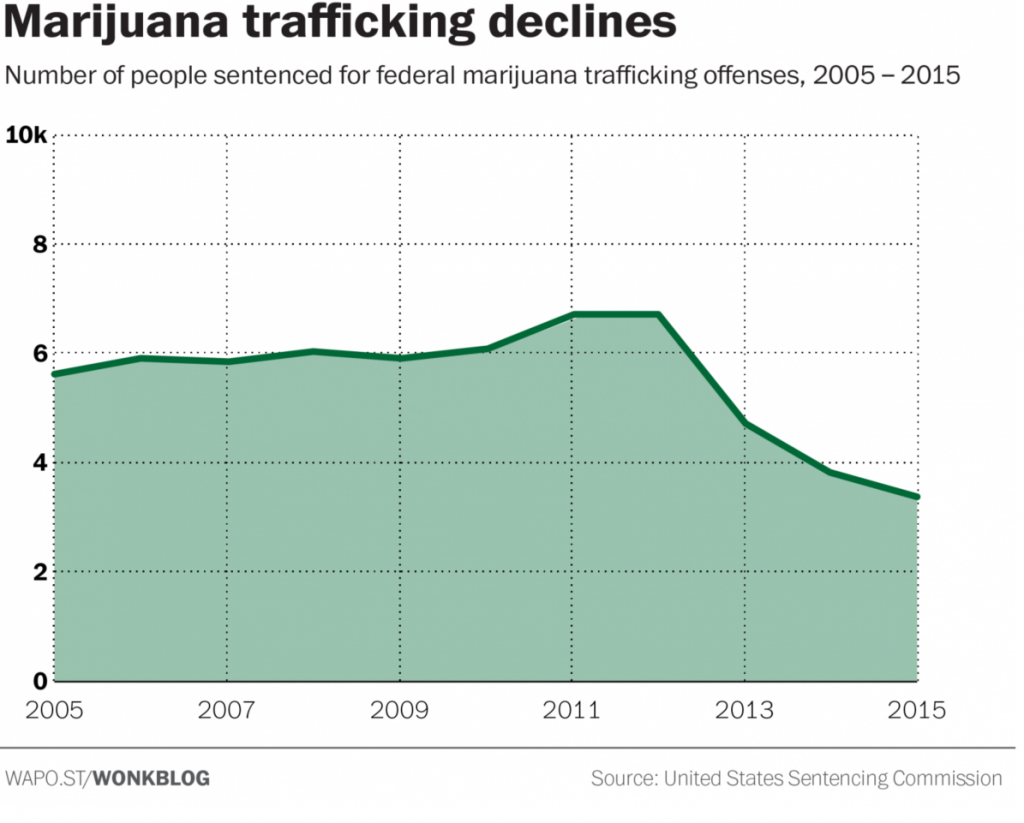 There’s at least one flaw in the data: They only represent federal law enforcement totals. Most marijuana arrests and prosecutions are handled at the state or local level, where trafficking may follow different patterns than it does on the national level.

That means it’s possible, if unlikely, that Oklahoma and Nebraska could be correct about the amount of cannabis crossing their state lines. Even if they are, larger federal offenses are still declining in number, and that alone may suggest whole international trafficking networks are struggling.

There are conflicting explanations for why federal smuggling rates are dropping. 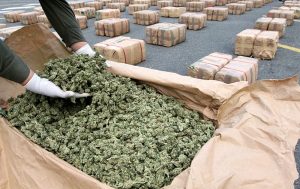 “The Commission is not able to draw further conclusions about the decline using our data,” said Jenn Dukes Jordan, a spokesman for the commission. “Many factors are likely at play (perhaps prosecutorial charging decisions, perhaps legalization, etc.) and there’s no information about these factors in our data.”

An analyst with the RAND strategic think tank offered three factors that could be affecting trafficking busts: law enforcement efforts, smuggling efforts and ingenuity, and the amount of contraband being trafficked. Beyond that, he said, there’s no way to answer the question for sure.

The disparities between state and federal enforcement are also not enough to clear up the uncertainty about why the federal rate is falling. If states such as Colorado and Washington were pumping out vast amounts of legal marijuana that found its way into other states where the drug is banned – regional trafficking – you would also expect to see an increase in cannabis smuggled across North America – international trafficking. Instead, we’re seeing the opposite.

Tell us what you think: Why are federal marijuana trafficking rates falling? Should legalization get all the credit? Leave a comment below.