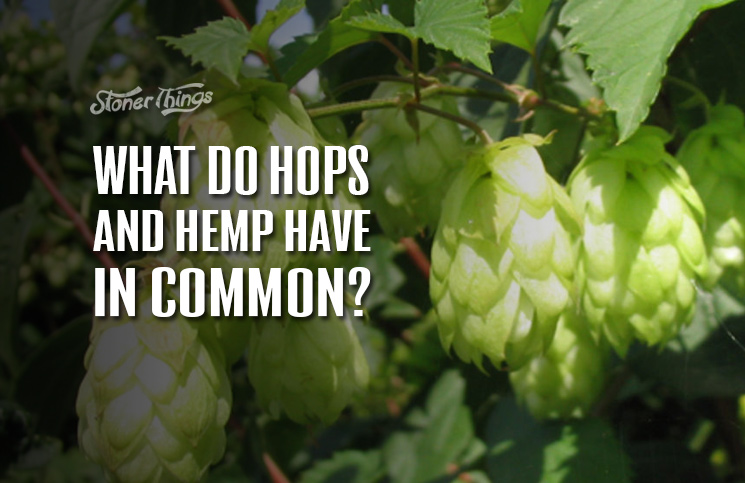 Hemp and hops are different plants, but you might not know that to smell, taste, or consume them. One of the two is used to help get people drunk, the other to get them high, yet they have a lot more in common than people may suspect.

The hops flower and the marijuana bud share some of the same tastes, aromas, and appearances, and there is a biological reason for this: terpenes. These are the chemical compounds found in both flowers – and in many others – that give each strain of either plant its own unique aromatic qualities.

Terpenes start as base molecules known as isoprene, then merge or replicate to form the terpene profiles of the world’s flowering plants. These chemical profiles serve at least two functions, protecting some flowers from predators and contributing to the resin used to make turpentine.

Similar terpenes give marijuana and hops the aromas that distinguish them from each other but also those that make them alike. Hops strains share certain common terpenes, such as myrcene, beta-pinene, and alpha-humulene. Hemp also commonly contains these chemicals, which are directly responsible for how each flower smells. Other plants have them as well, but few are as similar in nature as those of hops and cannabis.

Cannabis and hops evolved together 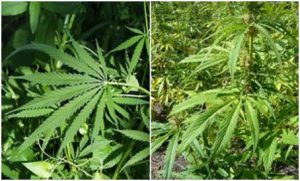 Many scientists have observed that the two plants – Humulus lupulus and Cannabis sativa – evolved together along a tight path. DNA tests in the 1990s uncovered unexpected similarities between hops and cannabis, followed by new conclusions in 2002 that the taxonomy was due for a reordering. Marijuana and hops were added to a new “Cannabinaceae” order, along with with several other similar plants.

All this means that while hops and hemp were originally lumped together because of their “palmately lobed” leaves, they are now linked by their DNA. Palmate lobes are leaf characteristics, similar to the odd-leaved cannabis flower, that include veins, leaf lobes, or leaflets radiating from the stem.

That, in a nutshell, is how terpenes make hops and hemp alike. But there’s plenty that separates them, too, most notably what they’re good for. You really can’t make good craft beer with hemp – trust us, someone has tried, and it didn’t end well – and you can’t smoke hops. But each plant has its time and place. And occasionally, when you have enough downtime, hot wings, and Key and Peele on hand, both are appropriate.

Have you ever smelled hops and marijuana? Did they smell similar to you? Could you tell one from the other? Leave a comment below.