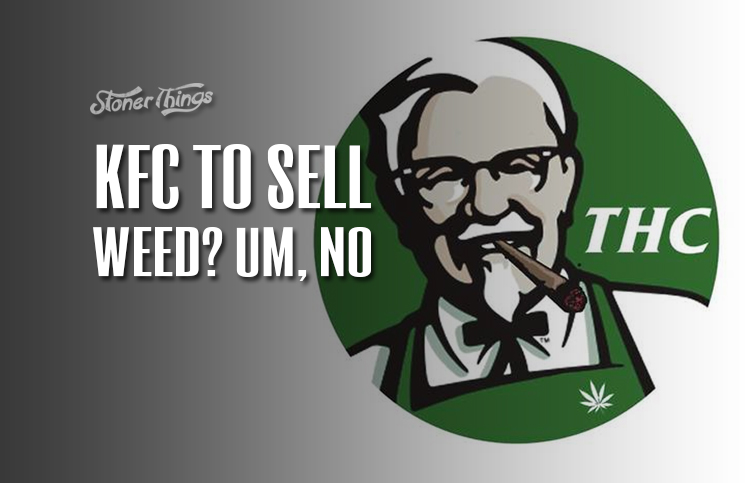 Proof you shouldn’t believe everything you see on the Internet: A story circulated in early March claiming fast-food chain KFC was getting into the legal marijuana business. 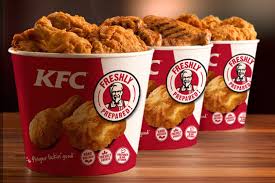 Sound crazy? That’s because it is. The story first appeared on The Racket Report, a satirical site that claims to report “what the mainstream media won’t tell you.” The article said KFC executives had obtained a license to sell recreational weed in Colorado.

“In the state of Colorado, marijuana dispensaries are big business – earning some retailers nearly $1 million per year,” the article said. “Those numbers were so appealing to the KFC Corporation, they decided to incorporate a marijuana dispensary with their Colorado franchise restaurants.”

Anyone who watches South Park knows this a play on a very funny episode titled “Medicinal Fried Chicken,” which aired in 2010. The story focuses on the real constitutional amendment that legalized medicinal pot in Colorado and a fictional law banning fast food in inner cities, thus forcing every KFC in the state to close.

The Racket Report isn’t exactly The Onion. It isn’t well known and its satirical bent isn’t obvious on a first visit. Until you read the weed story, anyway.

Hoax garnered a lot of attention

Who wouldn’t love a combination of crispy chicken wings and sticky bud? Not many, apparently. The story managed to reel in a fair number of suckers, as tends to happen with fake news pieces about pot. It attracted enough eyes to draw the attention of Snopes.com, the premiere site for debunking urban legends.

“The idea of purchasing marijuana and fried chicken at the same location proved to be massively popular with many internet readers, and the Rocket Report article was shared hundreds of thousands of times on Facebook and Twitter within a few days of its publication. But Coloradans should not expect to purchase marijuana at KFC anytime soon, as there is no truth to the . . . story.” 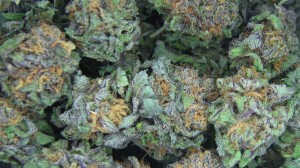 Stoners are wise to the lies

In January 2014, a story on a humor site called The Currant claimed marijuana killed 37 people on the first day of legal pot sales in Colorado. There has never been a credible report of marijuana causing a death in the history of medicine.

In February 2014, another fake story circulated widely, claiming the Philip Morris cigarette company planned to start selling cannabis. Another article later in the year said Michelle Bachman was busted for stoned driving in Colorado. She wasn’t.