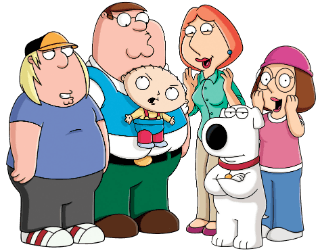 Everyone who tokes has a list of favorite stoner flicks. But sometimes you’re in the mood for something a little easier, a kind of visual comfort food. You want TV.

But don’t worry – there are plenty of great shows with a cannabis streak. Hollywood has been making weed-friendly television since at least the 1970s, often covertly, sometimes in the open.

Here, then, are the five best shows, selected from throughout TV history, that have touched on marijuana in a significant way. Whether the issue came up in a single great episode or ran like a thread through the entire series, these shows went as far as TV fiction has ever dared to go. 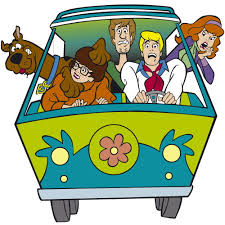 Everybody knows what those meddling kids were up to in the Mystery Machine. Intentionally or not, Scooby-Doo featured one of longest running in jokes on TV about marijuana.

Some say you can even spot smoke billowing out of the van during the opening animated sequence. Voice actors on this popular 1970s children’s cartoon say no one ever meant to promote weed – back then, they were all too naïve about the drug to cleverly fit it into episodes.

Still, viewers routinely point to Shaggy as proof the show encouraged pot use. Loopy, loose-limbed and always hungry, Shaggy even had the goatee to match. Plus, could you ever interact with a talking dog while sober? 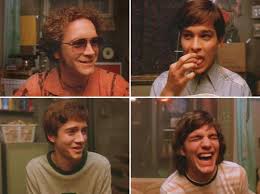 Weed featured into pretty much every episode of this late-‘90s sitcom. In fact, though, there were really only two episodes that directly dealt with the subject. And the word “marijuana” is spoken just once on the entire run of That ’70s Show.

Still, these kids were obviously stoners. Episodes routinely featured the teenage gang hanging out in the basement, passing something (unseen) around a circle, and making offhand comments that were clearly about pot. 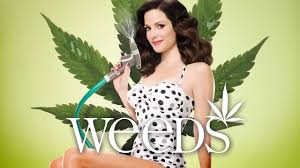 No other series has tackled marijuana so bluntly and openly. Weeds featured a young mother and widow who starts selling weed to her neighbors in suburban California.

The first couple seasons stuck to the central premise: a realistic look at the life of a dealer in modern America. The next few seasons, not so much. The plot line mostly fell apart as Mary-Louise Parker’s character climbed the ladder of Mexican cartels and essentially became as bad – and unrealistic – as any stereotype of a drug dealer. 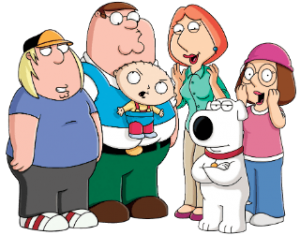 There are a few episodes in Family Guy that touch directly on cannabis use, including one where Brian convinces the city of Quahog to legalize the drug. Brian then agrees to sell out to Carter Pewterschmidt, the town’s caricature of William Randolph Hearst, and convinces everyone to recriminalize.

What did Brian get in return? Publication of his memoirs, complete with an endorsement by Oprah Winfrey. The book didn’t sell a single copy. 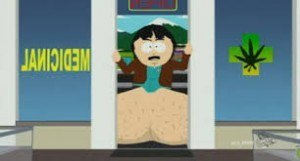 In one memorable episode of South Park, “Medicinal Marijuana,” Randy Marsh gives himself testicular cancer so he can score some Kush at South Park’s new medical marijuana dispensary.

The pot shop opens in place of an old KFC, which in turn is banned from all low-income neighborhoods in Colorado – meaning every neighborhood with a store. Eric Cartman joins a gang selling illegal fried chicken, while Randy convinces others to join him by giving themselves cancer.

Before you know it, Cartman is a crime lord and the men of South Park are hopping along the sidewalk, bouncing with glee on their enormous, cancerous testicles – all because of weed.