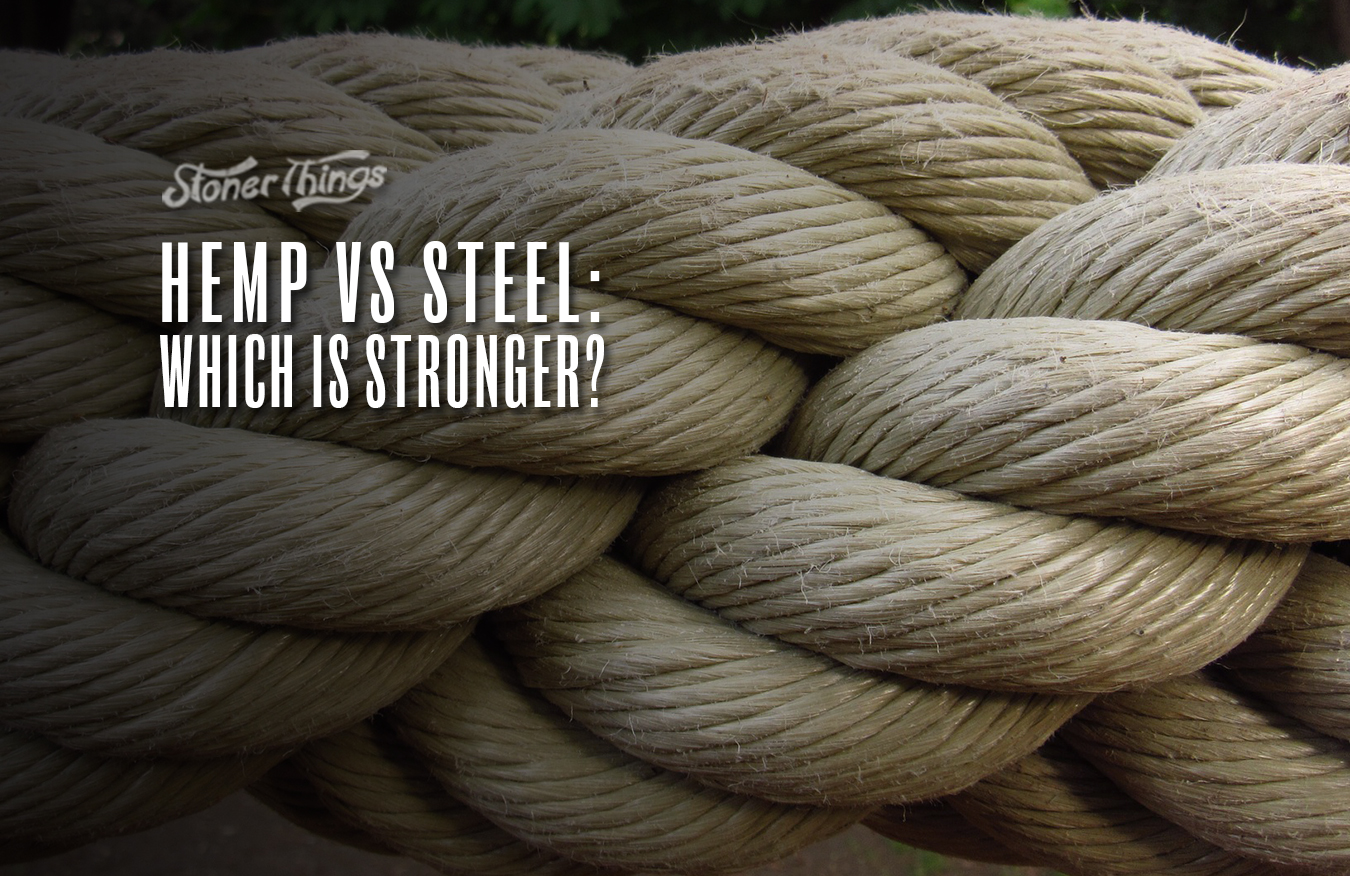 Everyone knows the flower of the marijuana plant has exceptional medicinal properties and mildly psychedelic effects on the brain. While this plant can be smoked, vaped, and eaten, there is also another way that humans can utilize cannabis plants that have almost undetectable traces of THC. And that is by using it to make materials. This low THC content plant is commonly referred to as hemp. Much of the public is misinformed about what hemp really is, and how it differs from marijuana.

Hemp can be used to make many things, and it has been theorized that it could actually one day replace steel as a tool used for manufacturing and buildings. Fifty percent of an average cars weight comes from steel alone. The video below from CNBC shows an actual car that’s body is made from hemp rather than steel, produced by a man named Bruce Dietzen. Dietzen is making cars that he calls “Renew Sports Cars.” These cars are supposedly “carbon negative,” because, due to its fast grow cycle, hemp actually removes more carbon dioxide from the air than typical trees.

There are many benefits that can arise when using hemp as an alternative to steel. It is true that hemp is actually stronger than steel when it comes to a strength-to-weight ratio. This may sound a bit confusing, but what it basically means is that when hemp and steel are compared side by side, hemp can withstand a higher ratio of pressure without breaking, and also repairs, mends, and returns to its original shape better after bending than steel. Hemp is also lighter than steel, and easier and cheaper to produce.

In the CNBC video, Dietzen mentions that he thinks his car is going to be really popular with younger generations, which is an interesting comment to make. Children and young adults are forging a new path towards reducing the harmful effects of climate change and reducing the amount of pollution that is man-made. As these children grow into active members of the economy, they can make a choice as to which companies to support. If an entire generation is refusing to buy cars made from steel, companies will fix their vehicles to be more environmentally friendly.

The power that young people hold to band together and change the future is frequently, grossly underestimated. The walkouts, the political statements, the marches, and the protests are just the beginning. More children are getting involved in politics and influencing their parents’ opinions every day, and hopefully one day laws can be put in place that require corporations to use sustainable materials like hemp.

As the legalization of marijuana expands, as does people’s perceptions about hemp and what it can do to build a better world for future generations. Hemp can be used to mass-produce materials that we use every day, like clothing, paper, and rope, all while helping the environment while growing as the same time. As the information about the benefits of hemp spreads, hopefully less and less harmfully polluting materials will be used. Steel bridges, buildings, appliances, cars, fences and more will one day be built with hemp.