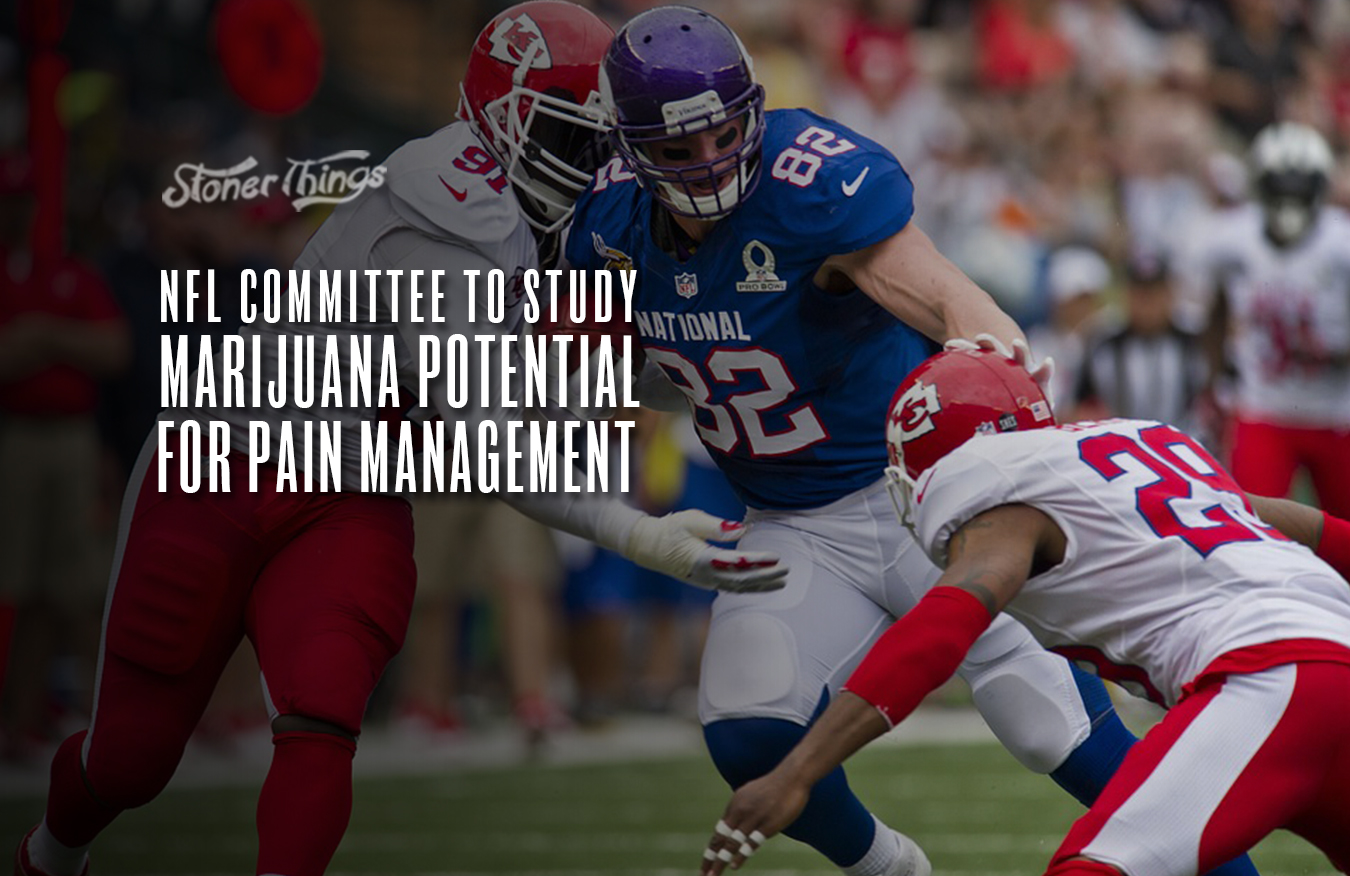 The NFL has traditionally taken a hard line on drug use, especially when it comes to drugs that are illegal at the Federal level. While cannabis continues to move out of prohibition at the state level, the NFL is taking a closer look at its therapeutic uses. For now, marijuana is still on the league’s list of banned substances. If a player is caught with THC in their bloodstream, they can be suspended. But football is a violent sport, leaving players — current and former — describing how medical marijuana has helped with lingering pain. In an era of heightened awareness of pill addiction, marijuana is an enticing alternative to pills for dealing with chronic pain. As the Washington Post points out, the league has formed two committees to look into marijuana for pain management.

The NFL, like all pro sports leagues, has a long history with prohibition. SBNation has a good timeline of weed and sports, and if we look at the NFL we see an uneven track record. From racial bias to bargain hunting, the NFL has traditionally taken a conservative view of cannabis use. That’s led to several players who enjoyed marijuana recreationally getting knocked down a peg or two when it came time for draft picks. If a player can’t go to a fancy college and prove themselves in a bigger league, that makes it more difficult for them to get recruited professionally. That’s exactly what happened to hall of famer Randy Moss. He wound up at a third-tier college instead of Notre Dame because of his marijuana use. This made him a low draft pick, but that worked out well for the Minnesota Vikings. He only failed one drug test during his career in the NFL.

Perhaps the most aggressive period of enforcement against cannabis was in the 1990’s, and the NFL saw several players have their luck change when a drug test came back positive. Warren Sapp and Laremy Tunsil fell victim to poorly-timed drug tests only to have their draft rounds sunk as a result. Sapp helped the Tampa Bay Buccaneers make it to the Super Bowl, however. The irony is that many more NFL players have been notorious for being “big partiers” but weren’t sanctioned.

Other sports have also had their share of toking athletes, for sure. Oddly enough, pro bowling has had some cannabis “scandals” but the players came back to finish strong. Perhaps one of the highest profile cases in another sport would be Michael Phelps, whose Olympic swimming achievements seemed to fade into the background when he lost sponsorships after a photo of him smoking from a bong appeared. A number of NBA players have said they actually get more focused when they smoke and play, and in the past couple of years several have come out to defend cannabis — at the least — as a pain remedy.

Back in the NFL, the sea-change has really been sparked by events after 2010. Eben Britton told the New York Post he’s played games while stoned and it helped him perform. Rohan Marley is the son of legendary Bob Marley, so is it any surprise that he started a cannabis company in 2014?

There’s no telling if the committees the NFL establishes to study cannabis will agree with players and doctors alike, but the tide is certainly turning.