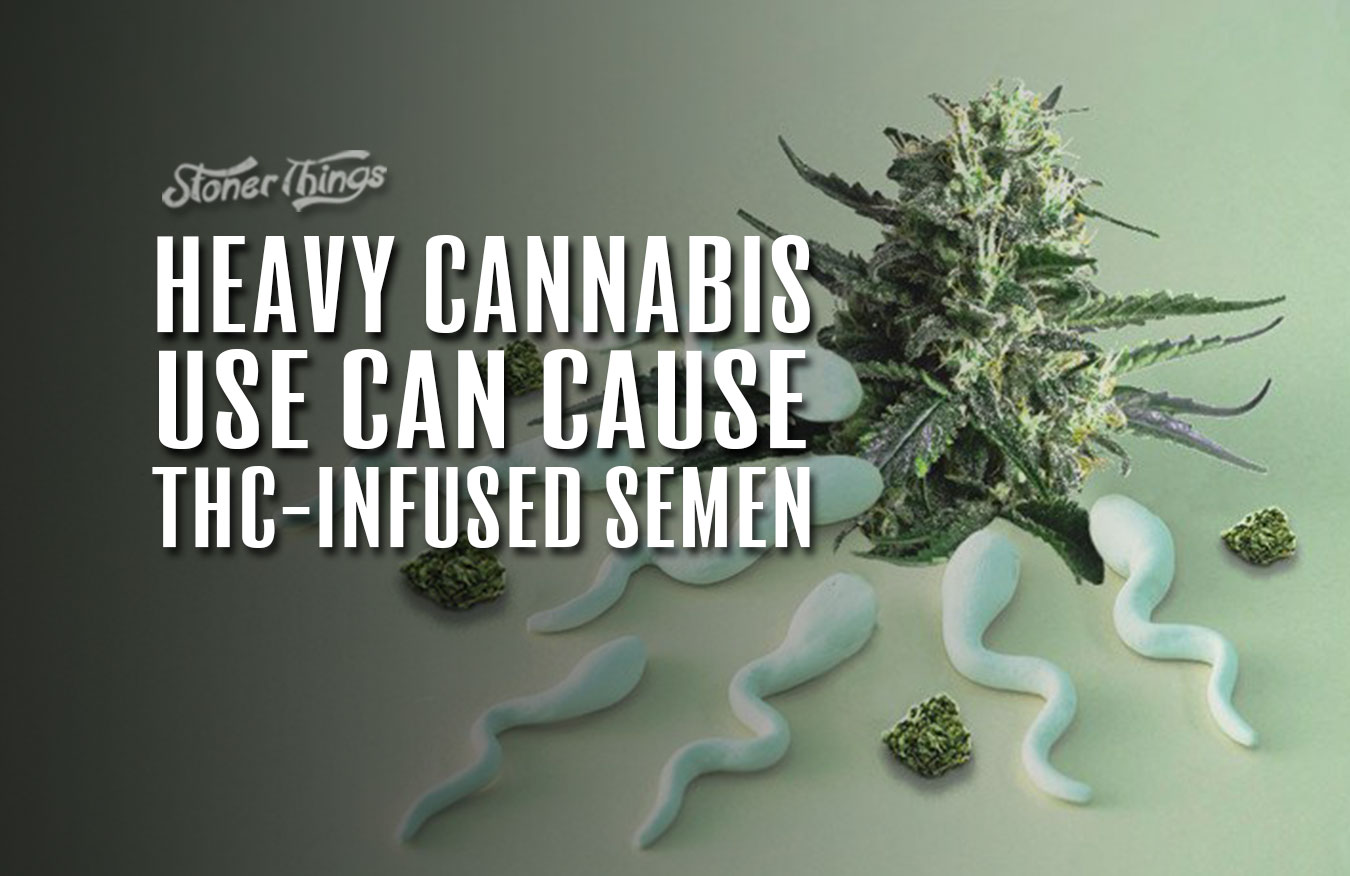 Marijuana naysayers have long opined that smoking pot is harmful to the unborn — be it “damaged chromosomes” in sperm, or infertility, or “brain damaged babies.” Of course, most of this dates back to the early unscientific, bigoted days of marijuana prohibition where any excuse to demonize weed was fair game. In today’s enlightened age, we’re actually doing research to find out what effects marijuana really has on people. With that in mind, a study has found that detectable levels of THC can be found in semen — although no one expects to have their semen tested at work any time soon.

The study involved only 12 men, conducted by Harvard researchers, and apparently some samples were “too small to be tested.” Still, the purpose of the study was to see if THC can pass through the barrier that normally keeps some impurities out of semen. Like the blood-brain barrier, the blood-testis barrier is a real thing! In your brain, this barrier keeps harmful chemicals from directly affecting your brain. Instead, compounds interact with other systems, which might influence the brain.

In fact, cannabinoids do pass through this blood-brain barrier to affect the endocannabinoid system. Turns out, cannabinoids are also passing through the barrier in the testicles, which is why psychoactive forms of THC are being found in semen. Curiously, not all the men — all of whom were regular pot smokers — had THC-infused semen. But scientists don’t know why. More research is clearly needed.

The study didn’t look into any effects cannabinoids might have on reproductive systems otherwise, however. No answers were revealed about chromosomal impact, sperm count, or really anything else. That’s how science works, though, as we must first isolate specific questions and answer them before proceeding to test other hypotheses. In this case, it’s good that we know that cannabinoids can get into semen, because that could lead to more research on fertility and consuming marijuana.

It could also help dispel decades of nonsense around cannabis use and procreation. Evidence of low sperm count in men who smoke pot has been conflicting over the years, and studies have been questioned. The prevailing notion is that smoking can reduce sperm count, but we don’t know if it’s because of the mechanics of smoking in general or some compound in cannabis that is lowering sperm production.

These questions, and many more, could be answered with more research that has been spurred by this latest research. While it’s unlikely that marijuana will be prescribed for procreative purposes, it’s important to know what the real benefits and hazards are if you smoke and plan to have kids.