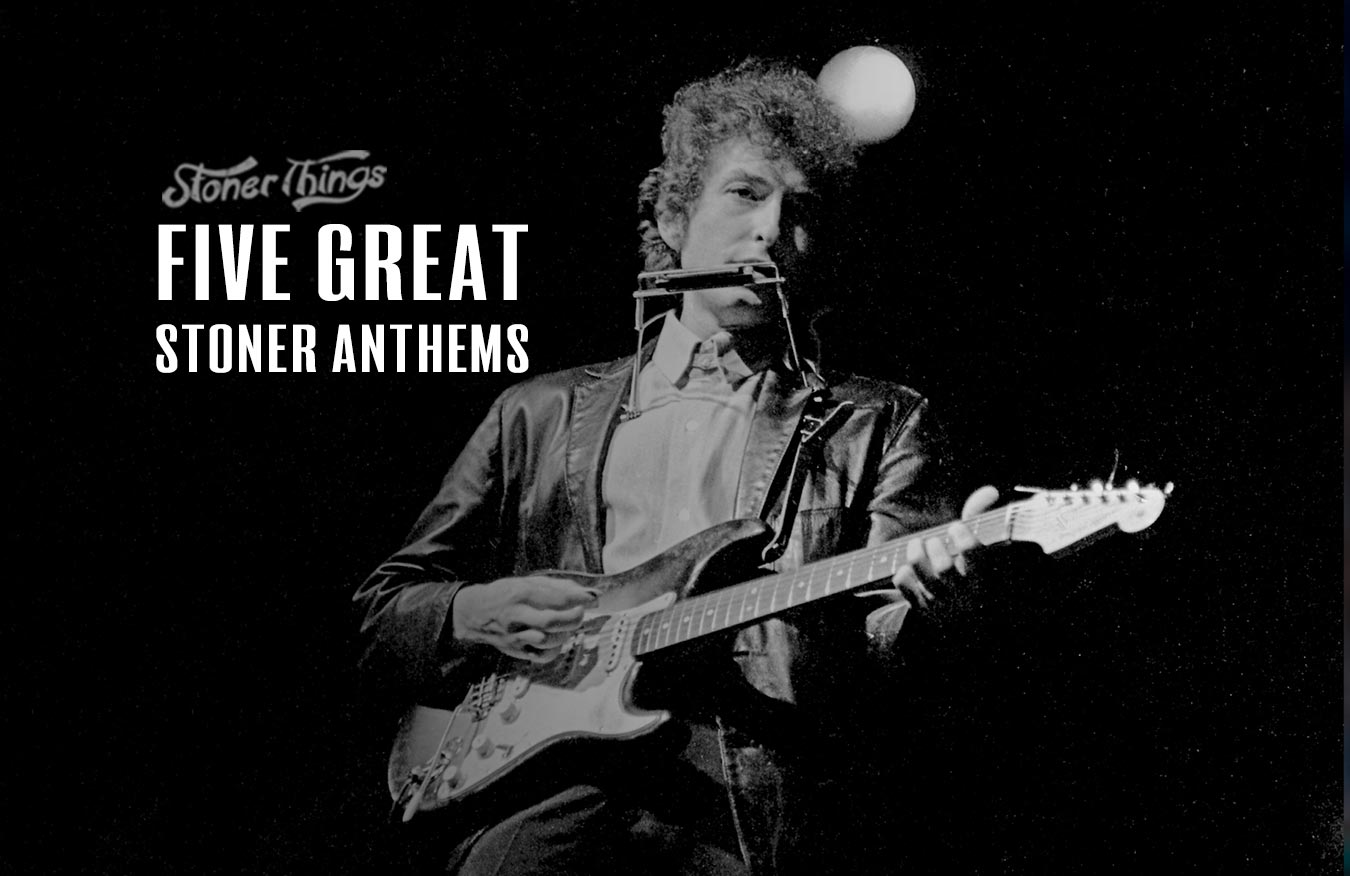 Where would the pot smoking community be without stoner music? Forming a significant part of the pot myth and mystique, pot anthems play as much of a role in propagating and uplifting the stoner culture as anything else. Although these anthems have long been superseded by newer–and more blatant–odes to our favorite leaf, they are still regarded as among the earliest recognizable musical tributes to the wondrous herb.

Opening up the classic 1972 album Master of Reality, this bludgeoning, heavy-handed track doesn’t waste any time in proclaiming its allegiance to the herb. It starts out with a massive, retching cough care of guitarist Tony Iommi, who had just taken a huge hit of a joint passed by singer Ozzy Osbourne. With the tape rolling, Iommi’s reaction kicked off what is probably one of the heaviest tributes to pot ever recorded.

With its repeated tag line “They’ll stone ya!” plus the memorable admonition that “everybody must get stoned!”, Robert Zimmerman endeared himself to generations of stoners throughout the decades. A rollicking and rowdy blues, the deceptively simple song featured a repeating chord progression played by a ragtag assembly of trombone, tuba, piano, bass, drums, and tambourine. The results are cacophonous yet oddly comforting; an appropriate enough backing for one of the most loved stoner anthems of all time.

3. Jimi Hendrix – “Are You Experienced?”

This masterpiece by guitar god James Marshall Hendrix isn’t exactly about weed – it was written as a tribute to LSD, in fact–but it might as well be considering its massive impact on drug culture. By this time in Hendrix’s career, he had honed his fearsome primal guitar energy into a precise and multifaceted tapestry of sound that served as the perfect backdrop to the heady days of the latter part of the 1960s. Echo, phasing, flanging, backwards guitar… its all here, and the resulting otherworldly sounds would continue to influence recorded music for decades to come.

4. The Beatles – “Lucy In The Sky With Diamonds”

Like “Are You Experienced,” this song is actually more about LSD than marijuana- or at least that’s what all stoners think!  While the song’s primary composer John Lennon has gone on record stating that the song is about something else entirely (a drawing made by his son, Julian Lennon), that hasn’t stopped the collective stoner community from adopting it as one of their own. With lyrics such as “tangerine trees” and “marmalade skies” sung in a wistful, childlike voice, and trippy pointillist backing, its pretty easy to hear the song as a stoner anthem.

Most people actually know this song better as “Don’t Bogart That Joint,” from the time it was featured in the counterculture classic Easy Rider. Although the song has faded into relative obscurity by now, the phrase lives on in stoner culture. If only for those reasons, the song has earned its rightful place among the classic pot anthems of history.