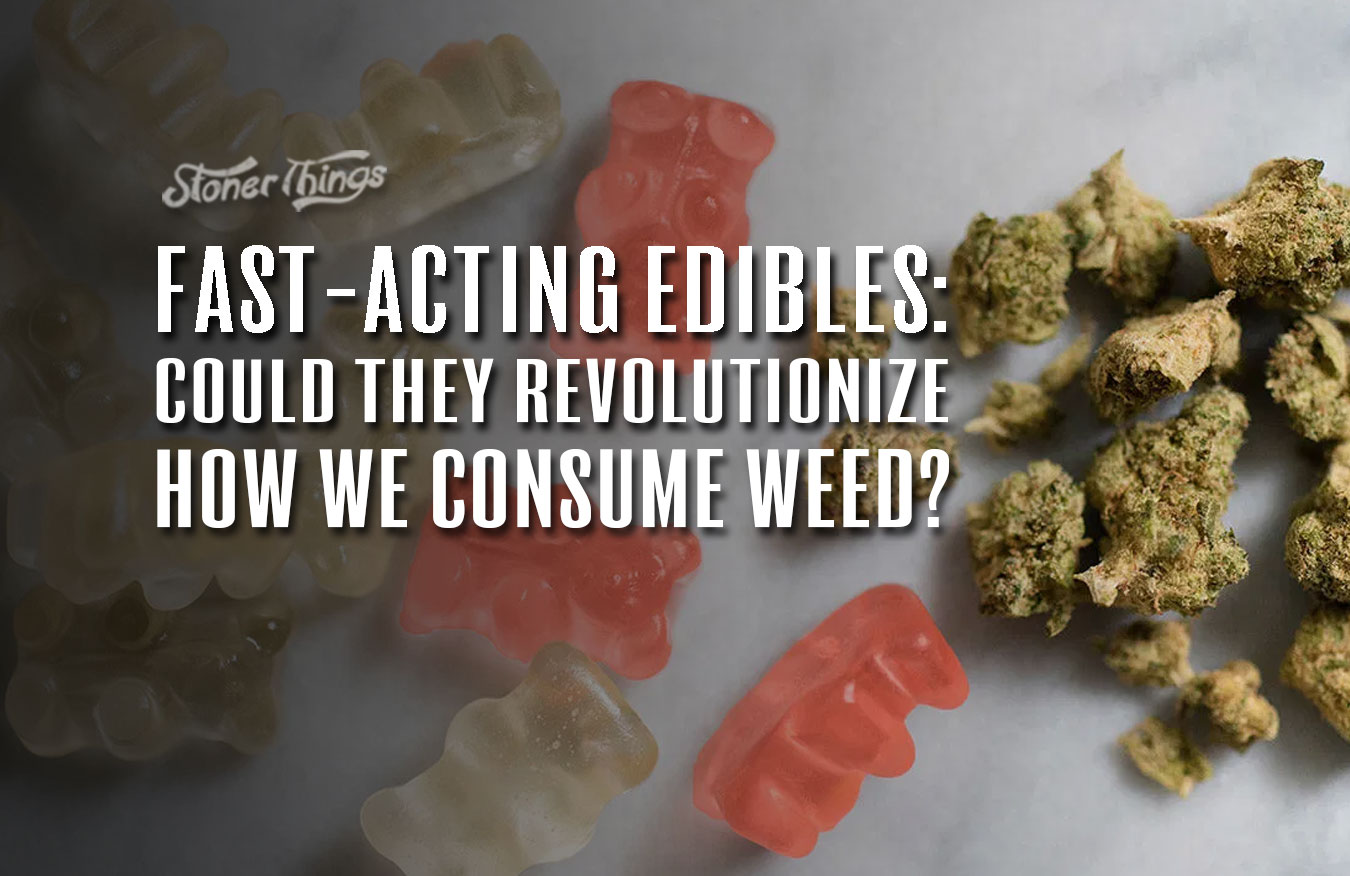 There’s a thing to be said for cannabis edibles that take too long to take effect.

Is there a thing to be said for fast-acting edibles?

Most of you know exactly what I’m talking about. Generally speaking, at some point during your time as a “pothead,” you’ve eaten an edible, waited an hour or two for that high to kick in, and then popped another gummy (or cookie or brownie) into your piehole. Within several minutes, you go from weed dud to spinning out of your damn mind, filled with paranoia and anxiety.

Timing and dosage strength have always been a gray area, at least for me personally.

The edible market is working to correct that, however. Some fast-acting edible products are designed to take effect quickly, via a more controlled absorption rate. This leads the user to experience a high similar to smoking flower.

There’s a company, 1906, in Colorado that makes edibles, and they want to change the user’s experience. They recently released a line of edibles that take effect in 20 whiz-bang minutes. In essence, they’re transitioning the experience to allow for better control over dosage and effects. Like having one glass of wine and then another glass later, the user can regulate the impact with more real-time accuracy.

Learn more about fast-acting edibles, also known as nanoemulsion edibles, and how they work to deliver effects so quickly.

How do nanoemulsion edibles take effect so fast?

Typically, smoking and eating cannabis results in different effects. When we eat THC, the liver processes it, changing it from delta-9 THC into a new chemical, 11-hydroxy THC. This new chemical results in more psychoactivity than delta-9 THC. That’s why edibles can give an experience that folks may love (or hate). The standard scenario is that a consumer will eat that square of a THC chocolate bar and then, two hours later (and tired of waiting), they eat two more squares, just to be safe. The boosters kick on, and the individual is off on an unanticipated (and unintended) trip to space.

There are two primary ways companies are creating fast-acting edibles: Nanoemulsion and microencapsulation. Let’s dive into how these methods work.

Brands like Kushla, KIVA, KANHA, and Satori have crafted edible products that act quickly but are specially formulated to ensure absorption of THC in a way that won’t get the user too high. Using a process called nanoemulsion, cannabinoids are coated with a nano-emulsifier. When these components are combined with saliva and stomach juices, those nano-emulsified cannabinoids explode into millions of emulsion droplets, which results in the body quickly absorbing them.

Sounds very scientific, no? Colorado edible company 1906 uses the microencapsulation process, a technique that was pulled directly from Big Pharma. This works because the cannabinoids in these products are coated with fat globules — coconut oil, sunflower oil, etc. Those fatty little globs encapsulating THC and CBD’s dissolved doses are soaked right up by the body and go to work quickly, producing a high in minutes versus hours. The user can try a bite of an edible, and then, 15 minutes or so later, re-evaluate the effects and choose to take more (or not).

These new, fast-acting edibles may be perfect for those looking to get away from smoking flower or newbies wanting to gauge their ideal high accurately without the ordeal that might come from overindulging.