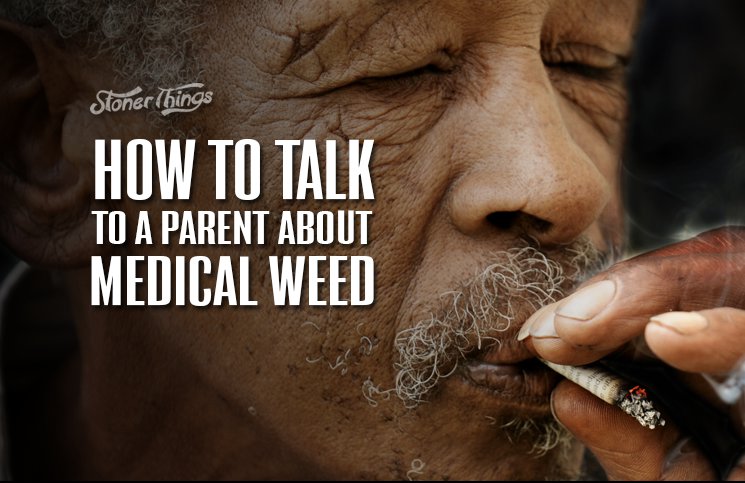 Every pothead of a certain age dreads “the talk.” No, we don’t mean that talk, the one you have with your kids about marijuana and birds and bees and such. We mean “the talk” that starts when your aging mom or dad asks if you know how to score some medical weed. 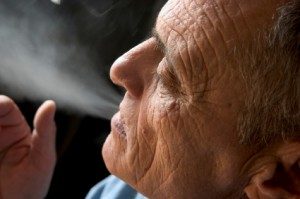 If you smoke grass and your parents know it, you stand a very good chance of having exactly this conversation someday. The Baby Boom is reaching old age in large numbers, and the generation is coming into a raft of health problems that respond to pot.

So how to deal with this super-awkward moment? Should you get pops some ganja for his arthritis or bake some bud cookies to ease mom’s back pain? Where do you draw the line between helpful child and creepy enabler?

If you live in a state where marijuana is legal for medical use, this probably isn’t much of a problem. The only question should be whether your parents qualify based on their health problems. If they do, they can just buy the stuff at the store, like everybody else.

But if they don’t qualify, or you live in a place with no legal medical market, you have a slightly bigger decision to make. And you have to make it. But there are at least a few questions you should ask before you pick up that dimebag for the folks.

Is it worth the risk?

First, just how serious is the law in your state? In Colorado, Oregon, Alaska, and Washington, where cannabis is legal for medication and recreation, adults may legally gift small amounts to other adults, as long as nothing else of value changes hands. Problem solved.

The same is true to a lesser extent in some states where weed is decriminalized. There, gifting a small amount of the drug is treated the same as simple possession, subject only to a small civil fine. But in other states with decriminalization, any distribution is a criminal offense.

Second, how severe is the punishment? If mom is on her death bed, you might be willing to serve a short stint in jail to ease her suffering, but you probably don’t want to risk serious prison time unless the situation is dire. It’s unlikely that would happen over small cannabis gifts, but even minor criminal penalties are nothing to laugh at.

Do your parents really need it? 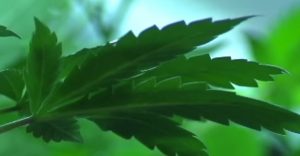 Third, how badly do your parents need it? If dad is getting chemo, there’s a good chance weed could substantially ease the nausea, vomiting, and wasting that go with it. That’s a pretty compelling argument for lending a hand and supplying some green. On the other hand, if he has a light case of lumbago that responds to aspirin, maybe it’s not worth the hassle for you.

Of course, you could always just teach your parents how to find the stuff themselves. But do you really want a 70-year-old cruising 420 ads on Strictly Platonic or hanging around the neighborhood head shop looking for a source? Of course you don’t. Alternatively, you could introduce them to your supplier, but that means a profoundly unpleasant exchange between senior citizens, their middle-aged child, and a shady pot dealer. Again, that’s a scenario you probably want to avoid.

In the end, it’s up to you to decide whether it’s right to hook your elders up. Whatever happens, just be glad you will never have to have this conversation with your kids – unless they also come to you for a hookup.