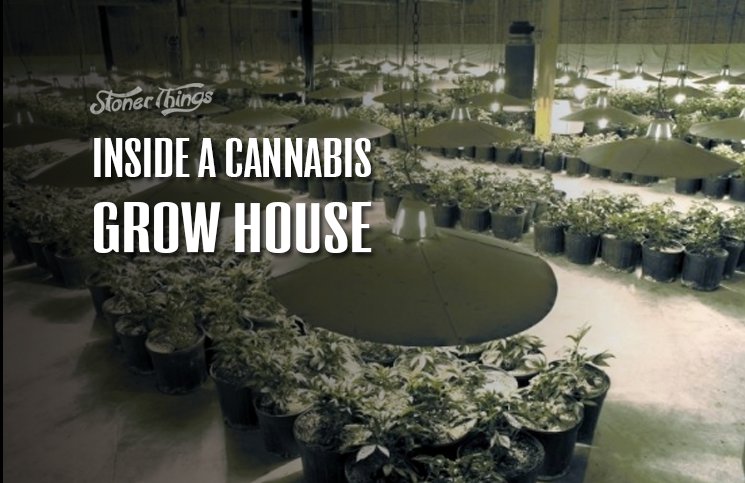 Once upon a time, marijuana grew exclusively outdoors. The cannabis plant, discovered millennia ago on the slopes of the Hindu Kush Mountains, is a tropical native and requires two to three months of intense sunlight before flowering. 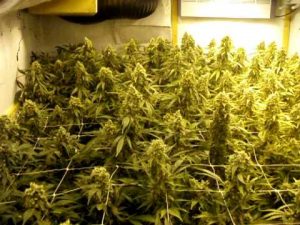 But that is no longer true. Pot growers turned their sights indoors last century and started a cultivation revolution. Now most of the best stuff is grown out of the sun, fueled instead by high-power artificial lights.

So what exactly is a high-end grow house? What does it look like, from the outside and in? How does it work? And what are the risks of cultivating large amounts of marijuana inside?

First, a definition. A grow house is pretty much what it sounds like: a home converted into use as an indoor marijuana garden.

Any house can work for the job, though the size of the property will determine the scope of the grow. So will other factors, including access to electricity, structural integrity, and fire hazards.

A large-scale grow house involves an elaborate setup. Certain rooms or common areas in the house are set aside for growing while the remaining space is used for either occupancy or equipment storage.

There are two key elements of an indoor grow (or, for that matter, an outdoor grow): electricity and water. Nutrients, soil, and other pieces of the puzzle are also important, but without water and power there can be no cannabis.

The central issue for most growers, though, is electricity. Water sources are usually fairly easy to locate, but power needs are often problematic.

There are two reasons for this. First, the amount of electricity needed to power a large grow is substantial, and that means a heavy cost. Second, for growers who live in states where cultivation is illegal, the electricity can give a big operation away to the power company, and in turn to the police.

This is why many home growers try to circumvent the power system by jury-rigging electrical wires. This is a very, very, very bad idea. Homemade electrical connections are a huge fire risk, and more than a few grow houses have burned to the ground for that reason.

Of course, a legitimate cultivation site won’t run into this problem. But most cannabis grows still aren’t legal, so stealth may be important. Still, messing with power supply is highly inadvisable.

What else is needed?

Aside from power and water, what are the physical components of a successful high-end home grow?

A successful grower will also require pots; soil or hydroponic equipment; nutrients or fertilizer; and tools for germinating seeds, planting them, overseeing vegetative growth, and finally harvesting the cannabis.

Another key part of the job is concealing the grow. This might be done to avoid legal scrutiny, but more importantly, it keeps neighbors happy and avoids exposing children to marijuana.

News stories about grow houses tend to focus on the illegality and danger. But in fact, if done with sharp attention to safety, a grow house can be a highly effective way to grow cannabis.

The takeaway, then, is that a high-end grow house requires massive personal and financial investments. Overlook details and the garden simply won’t produce quality pot. But done right, a properly converted home provides an effective way to grow the drug and provide it to the masses.