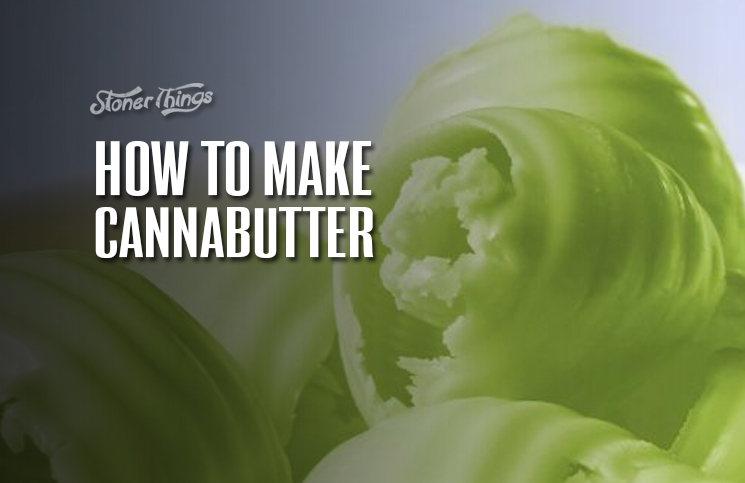 If you have been smoking your weed all along and have never been indoctrinated into the wonderful ways of edibles, it may be high time you learn how to make cannabutter. There are number of ways to ingest marijuana, of course, but mixing it with food is one of the most effective ways to go about it, and making cannabutter makes it so much easier. 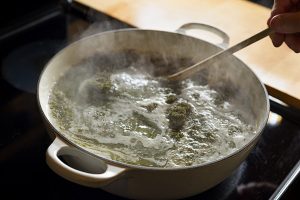 Before you begin, it is important to keep in mind that cannabutter is only as good as the weed you use to make it. High-quality marijuana will produce the highest quality butter, so using shake or trimmings isn’t the ideal way to go. As with all edibles, it is also advisable to ingest only a little bit of butter at a time, in order to avoid the unpleasant effects of having too much THC in your system.

1.   The first step is to boil approximately one quart of water in a saucepan. You can use a little more or a little less, just as long as you make sure that the leaf material floats 1 ½ to 2 inches from the pan’s bottom.

2.   When the water has begun boiling, place the butter into the water gently and let it melt thoroughly. A good rule of thumb is to use about four sticks of butter per ounce of weed. If you have half an ounce of marijuana, you should therefore use two sticks of butter.

3.   After the butter has melted completely, you can add your weed into the mix. Turn down the heat to low at this point, reducing the boiling down to a simmer. Let the mixture simmer for about 3 hours or until the surface of the liquid becomes thick and glossy.

4.   While waiting for the preparation to cook, prepare a bowl where you will place the liquid mixture. Keep in mind that the mixture will be very hot, so it would be a good idea to use a heatproof vessel. Cover the top of the bowl with two layers of cheesecloth and hold it in place with a rubber band or string.

5.   Pour the mixture into the bowl that you have prepared, straining it through the cheesecloth. When done, remove the rubber band or string and pick the cheesecloth up carefully by taking hold of all four corners. Squeeze out the remaining butter from the cheesecloth.

6.   Set the cannabutter aside to cool, which should take about 1 hour. When it has cooled sufficiently, place the bowl in the fridge and allow the butter to rise to the surface of the liquid. At this point, the active ingredients in the weed will have adhered to the butter, leaving the leaf material at the bottom of the bowl.

7.   The final step is to lift the butter out of the bowl by first running a knife around the edges of the hardened butter. After lifting out the butter mass, turn it upside down onto a plate and scrape off any water that remains.

So there you have it; that’s how to make cannabutter. If you’re trying this for the first time, it’s useful to watch a video to guide you as you go, which we’ve included below.