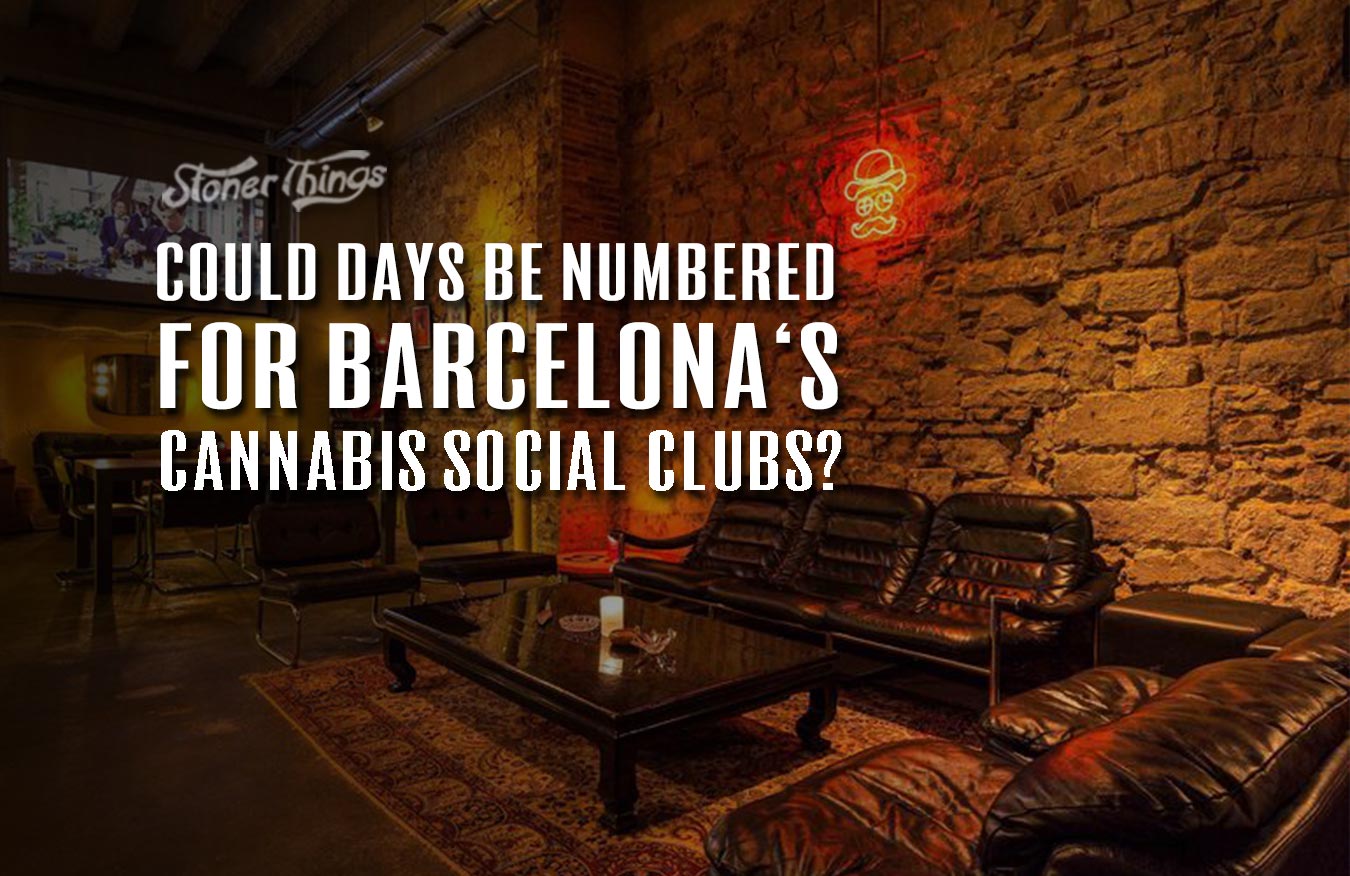 Even though cannabis is enjoying a moment around the world as more countries loosen up prohibition, there’s a bit of the opposite happening in Spain. Holland is famous for its cannabis cafes, dating back decades now, but Barcelona’s manifested more recently. They began as private clubs, neither promoted nor advertised, where cannabis enthusiasts could gather and smoke their own stuff. Over time, they became clubs with actual sales inside. The local authorities, as in Holland, tended to look the other way. No harm, no foul. Barcelona is much more liberal than the federal government in Spain, however, and laws are not a patchwork like here in the USA — localities must adhere to federal laws in totality. Therefore, a storm has been brewing over these clubs for a while. Now a recent high court ruling (almost a Supreme Court) has declared these cafes illegal. It’s an open question whether the cops will close them down, however.

For now, there is nothing but uncertainty. Cafes in Barcelona are in a state of anticipation, waiting for either authorities or lawyers to say what’s next. The first clubs opened twelve years ago, and have grown steadily over the years. What drew ire from authorities was naturally the success of the clubs, which began drawing in tourists. Just as in Holland, where cannabis tourism grew so large that courts ruled towns can decide whether cannabis cafes can sell to tourists. That was in 2012, and since then Dutch authorities haven’t staged a wide-scale crackdown. In Spain, that remains a possibility.

This places a potential fork in the road for Spain’s stance on cannabis. The Federation of Cannabis Associations of Catalonia (CATFAC) hopes that cannabis can finally become fully legalized throughout the nation. Currently it’s only decriminalized, similar to Alaska’s former innovative rules on personal use and cultivation. Unfortunately most legal experts — including courts and government officials — are saying this will be the end of cannabis cafes unless legislation is passed. Since the police are essentially a federal force, they will have no option other than to enforce laws against the sale and promotion of cannabis.

The word “promotion” is key here, as CATFAC argues that the court ruling merely prohibited “promotion” of cannabis cafes, not necessarily consumption. This has resulted in a battle over semantics that will take a while to undo. That undoing could mean the end of 225 cafes in Barcelona. Which is a shame, as the city had become an enclave for forward-thinking enterprises, citizens, and even leaders. The mayor of Barcelona is very progressive, and the city was already known for its vibrant arts scene. The sudden closure of these cafes would take away some of the distinct character of the city.

Soon government inspectors will check out each cafe, as the most outspoken critics of the cafes claim they are hotbeds for illegal activity. As we have seen in the U.S., there are many misconceptions around cannabis — Spain is not immune to its own peculiar view of cannabis, be it for medication or recreation. Perhaps in time there will be a safe, legal way to operate a cannabis cafe anywhere in Spain without the fear of sudden closure.