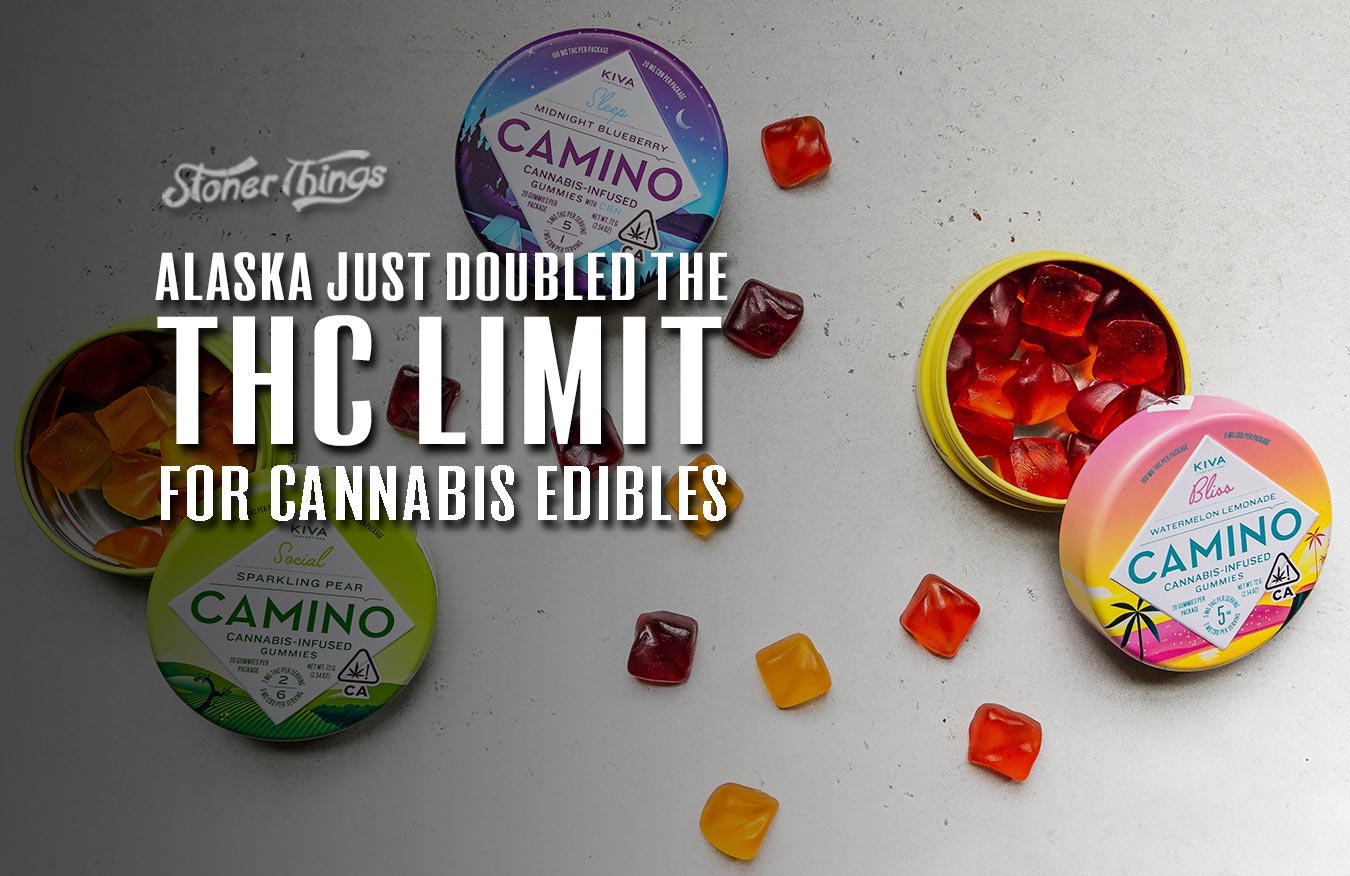 Good news for residents of Alaska — you can now buy more potent edibles. In most states with recreational cannabis, you can typically purchase up to 100mg of edibles at a time. Earlier this summer, the state’s Marijuana Control Board approved a motion that would increase the serving sizes of THC-infused edibles. Edible products in Alaska can now contain up to 10mg per serving starting on September 1st.

Alaska was pretty firm on edibles, making it so that the maximum potency of an edible could be no more than 50mg, or 5mg per serving. However, the new regulations have increased that to 100mg. They also make it so that edibles must be lab-tested for THC, and set a variance of no more than 20% of the product’s labeled potency.

The new regulation is a huge step in the right direction. Alaska was one of the first states to legalize marijuana for recreational use, but most other recreational states have had the 100mg rule in place since the beginning.

“I don’t consider this a substantive change,” Miller said during the board’s meeting in June, when the regulation was passed 2-1 and changed. He went on to add that regulators had made it more conservative in the first place to take a “low and slow” approach to regulating cannabis.

“I think overall it’s been a success,” Miller said. Shaun Tacke, one of the owners of Good Titrations, told local media that there “was definitely a demand for higher potency” in marijuana edibles, considering that 5mg frankly “doesn’t cut it for a lot of people.”

“Some people have a tolerance that’s massive,” Tacke said. With gummies and chocolates being extremely popular, he and his partners have been preparing for the law change and already have plans to produce more potent edibles.

The owner of Lady Gray in Soldotna, Tasha Grossl, also supports the change. “Moving to 10 milligrams per piece and 100 milligrams per package we feel is a big win for both the legal industry and the consumers,” Grossl wrote in an email.

Like Good Titrations, Lady Gray has also been preparing for the new regulations. Lady Gray offers a gourmet edibles line, including a THC-infused southern-style sweet tea. “Depending on the sizes and flavor profiles, some items will be a good fit with minor reformulations, while others will take more work to have the desired flavors matching the desired potencies,” Grossl said.

The new regulations will give edible manufacturers a lot more flexibility in their products and also allow them to operate more efficiently. Anchorage attorney Jana Weltzin said “It’s really expensive to produce these tiny little, five-milligram servings because you can pack more punch into a 10 milligram unit.”

The president of the Alaska Marijuana Industry Association, Lacy Wilcox, also believes that the new legal limits on edibles makes the state’s recreational laws more consistent with the needs of consumers, including tourists.

“From a business perspective, or an economic perspective, when you’re able to have this more standardized dose, it decreases your cost to produce. The more potent a product is, the less of those products you might need to make. The average consumer of cannabis is going to need more than 5 milligrams—they’re going to need perhaps even more than 50 milligrams.”

He went on to say that “Licensed cannabis retailers will be able to sell marijuana edibles with the new, higher-THC potency limits beginning on September 1. The new regulations do not affect the maximum daily purchase limit of 5,600 milligrams of THC per person.”