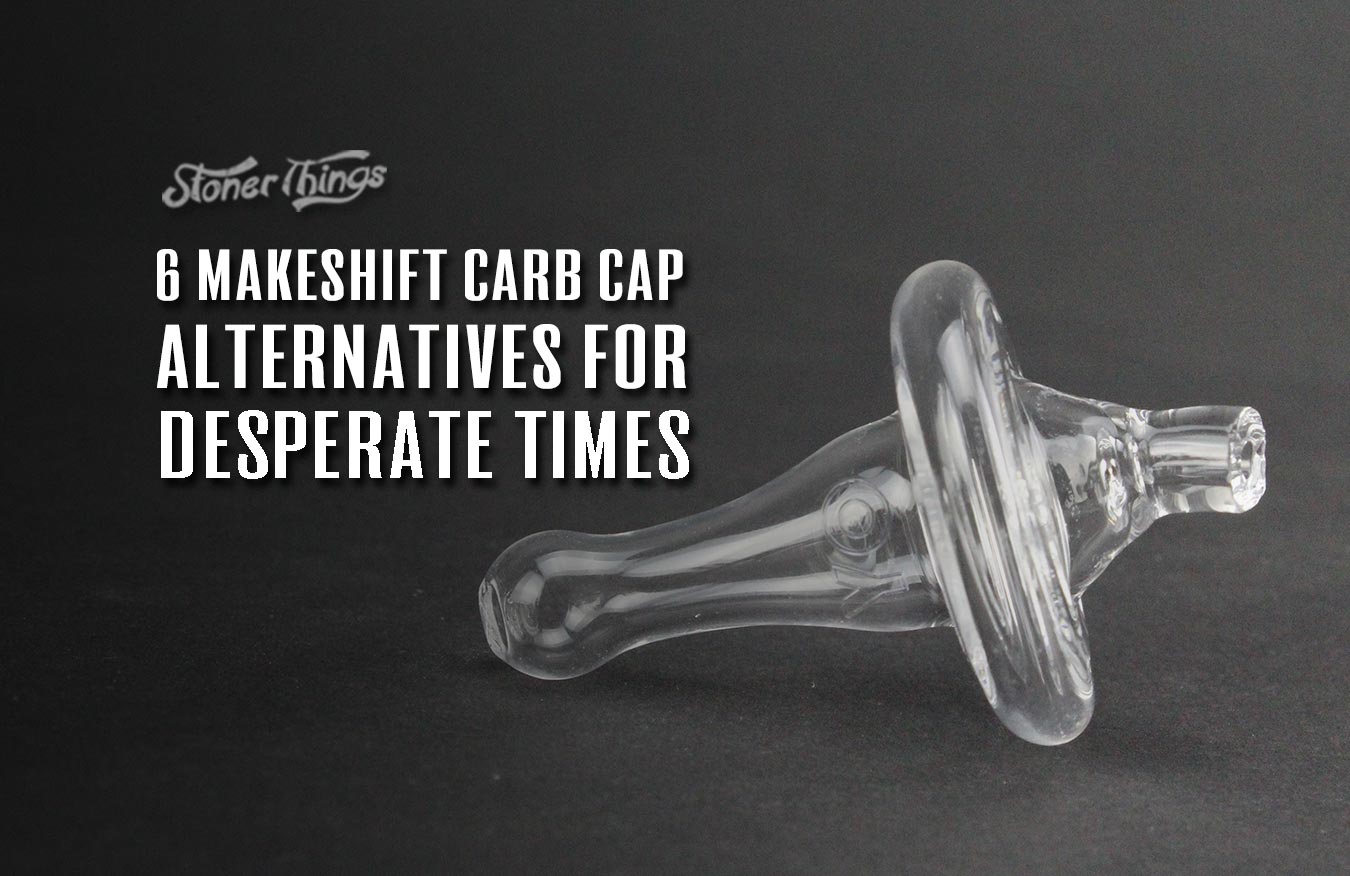 Have you ever found yourself missing a carb cap after an accident or while on the go? If so, you’re not the first person to wonder what to use as a carb cap alternative. If you’re in a pinch, these six items will work wonders in an emergency.

What is a carb cap?

A carb cap is used with a dab rig to vaporize concentrates. To vape a concentrate, you place it inside a preheated nail or banger and after it’s heated up, hit the dab. The carb cap covers the nail and limits how much air the dab is exposed to.

Carb caps are used to create pressure and distribute heat around concentrates more evenly. The air channel allows for residual oil to be moved to areas that have still retained heat, allowing you to get bigger hits and better flavors. Instead of letting that residual oil cool and gunk up the rig, the carb cap makes it easier to get a bigger bang for your buck by thoroughly heating your dabs.

Why do you need a carb cap?

Carb caps are considered an essential part of any dab setup because they help concentrates to go further. A carb cap is necessary for evenly distributing concentrates as well as producing bigger hits and better flavors. Without a carb cap, you waste a lot of your concentrate. The nail will cool too quickly, and you’ll lose a lot of terpenes to evaporation. You’ll also lose a lot of THC-rich vapor to the air and leave your dabs half-smoked.

Where to buy a carb cap

New carb caps could be found in any head shop or smoke store if you broke your carb cap. You can also find them through online retailers, like Yo Dabba Dabba. You can always revisit the store you purchased your original cap from and replace it there. However, keep in mind that you’re likely to spend anywhere from $40- to $200+ on a new carb cap in store. Online retailers are much cheaper and frequently offer free shipping. 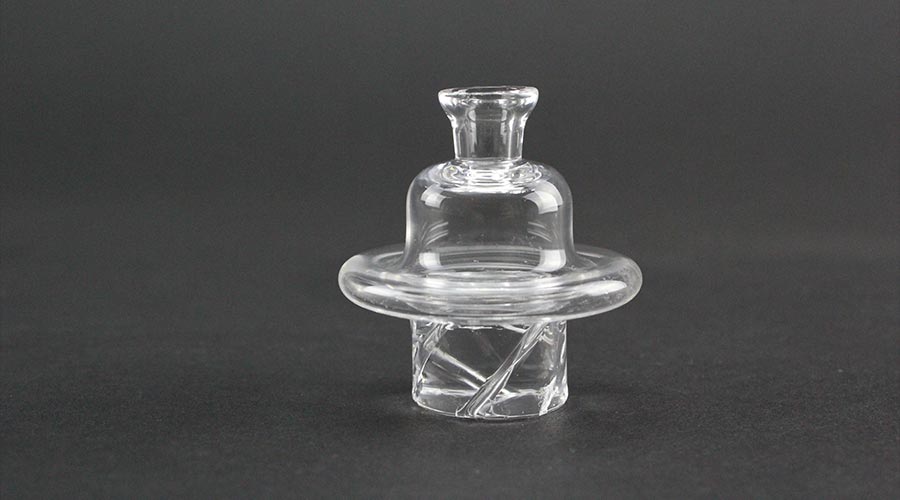 Remember, having a functional carb cap is highly recommended. Without one, you’re missing out on flavors and potency. However, if you’re in a financial pinch, broke your carb cap, or simply forgot it at home for your latest on-the-go sesh, the following items can be used as a carb cap and allow you to get the most out of your dabs while you’re in the market.

So how do you make a homemade carb cap? Before we dive in, please keep in mind that some items should never be used as a DIY carb cap. Concentrate containers, plastics, and even some metals contain harmful chemicals that can be dangerous to inhale when used as a carb cap. Take care to avoid these materials and stick to the tried and true methods on this list. 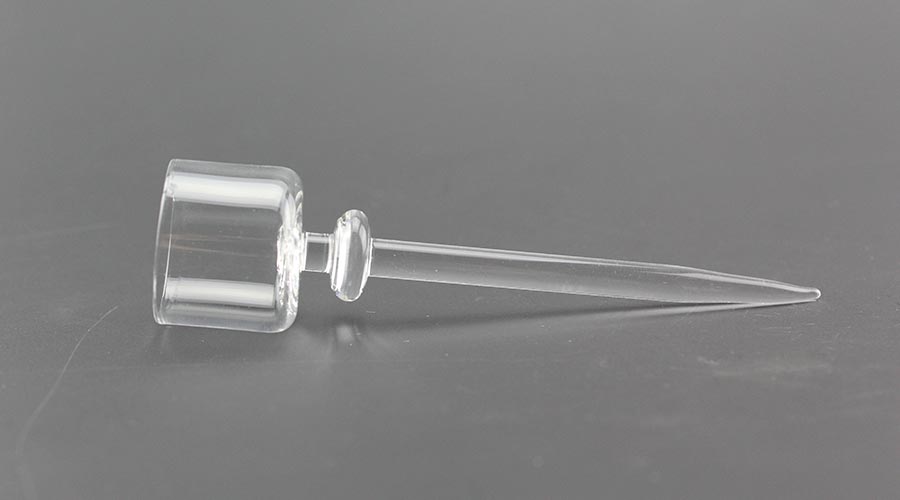 If you use concentrates already, there’s a good chance you have a silicon puck container lying around somewhere. Silicon picks can create pressure in the same way as carb caps and help you get the most out of your dabs. However, it’s only good for covering your dab. You’ll have to tap it against your banger to help increase circulation, but since it doesn’t have a specialized airflow design, it won’t push and pull concentrates the way a carb cap can.

If you’re in a pinch, try the bottom of a coffee mug as a carb cap alternative! Ceramic coffee mugs offer a solid, flat surface that is easy to use as a carb cap. They’re good with dissipating heat, and they can make it easier to vaporize leftover concentrates. Much like the silicon puck situation, they lack the carb, so you’ll have to tap, and you won’t get specialized airflow. But hey, if it works, it works!

Glass bowls from your flower bong will typically fit right on top of your dab nail. Since they’re made to withstand heat and sometimes come with their own carb, they’re one of the best choices on this list for emergency capping situations.

Much like a glass bowl, shot glasses can work as a makeshift carb cap since they fit right over a traditional banger. However, they have the added benefit of being made from thick glass and typically don’t fit perfectly into the banger. That said, they tend to create better pressure and more of a swirling air motion.

Much like silicon pucks, grinders can also work in a pinch. Just be sure to avoid plastic ones, so you don’t have to worry about harmful chemicals. You should also avoid metal grinders if they have a vinyl overlay design since those can become damaged and seep chemicals into your dabs.

Similar to the shot glass and the grinder, a glass jar is a good choice if you’re looking for something larger that can help with your hits. Glass is typically safe to use as a carb cap; just be sure to avoid using glass with any type of overlay or design that isn’t itself made of glass to avoid getting sick.

All in all, the best thing you can do when you lose a carb cap is to go get a new carb cap. While there are a handful of alternatives you can use in a pinch, nothing comes close to the pressure and movement of a carb cap made for dabbing. However, if you’re in a pinch, try one of the items above. Just make sure to avoid using anything plastic that can be harmful to your health.