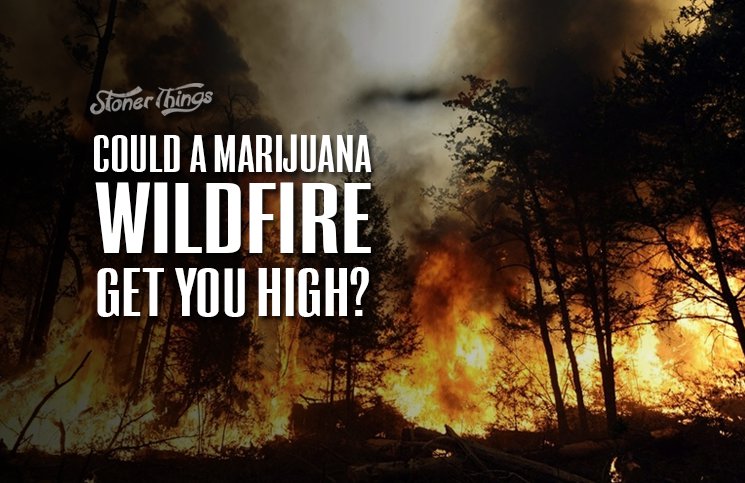 Now that weed is legal in four states, with more to come, the smell of it is growing thick in the air. Walk down any street in Denver, Portland, or San Francisco and you’re likely to walk through a dense, smoky haze or two. 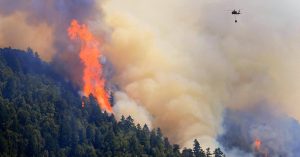 When you do, you’re bound to ask yourself the same question that has haunted the minds of stoners for generations: Can I get a contact high just from hanging around with my stoner friends?

Thanks to recent events in California, we now have an official answer. Yes, you can get a contact high. But you’d have to be trapped in an enclosed space with an awful lot of smoke.

The question arose in California, where recent wildfires have added insult to a record-breaking statewide drought. Some of the fires have burned marijuana farms – legal and otherwise – and journalists wanted to know just how much contact it would take to get high.

So could a firefighter or downwind neighbor get blazed off the fires burning there now?

“Unfortunately, no – or fortunately, no, depending on your perspective,” says Ryan Vandrey, an associate professor in the Department of Psychiatry and Behavioral Sciences at Johns Hopkins University in Baltimore.

Too much ventilation in outdoor setting

Of course, inhaling marijuana smoke will get almost anyone high. But you have to inhale enough, and that isn’t likely in an outdoor setting, where there is plenty of ventilation. To get high, one would have to breathe in concentrated smoke in a poorly ventilated space – a hot box, for example.

THC, the psychoactive chemical in weed, is carried in smoke particles. Secondhand pot smoke can cause intoxication, but only in very high amounts, similar to the concentrated smoke one would inhale while smoking marijuana.

Anyone who has ever been to a Grateful Dead concert knows you can get a contact high by breathing in a heavy haze of secondhand cannabis smoke. But you won’t get that effect from hanging out in your stoner buddy’s apartment for a few hours. And you won’t get it from standing near a wildfire, Vandrey says.

“We evaluated the conditions under which you’d need to be to get intoxicated from secondhand smoke exposure, and it needs to be very extreme,” he says.

The study put six pot smokers together in a small room with six non-smokers. Even with an air-conditioner recirculating air, enough seeped out that the non-smokers didn’t get high. Now contrast that with an outdoor setting, Vandrey says.

There, even heavy smoke from a raging fire will rapidly disperse in the wind before bystanders can inhale enough THC. A person would have to walk right up to the edge of the fire and gulp down smoke in order to feel anything, he says.

And even then, Vandrey says, there’s this: Standing anywhere near a wildfire, let alone inhaling the smoke, is a terrible idea. Wildfires burn everything in their paths, so there’s no telling what else you might be toking. And that’s not to mention the actual fire.

The best advice in case you come across a cannabis wildfire? If you’re in the path of the flames, obviously, leave. If you’re safe from the fire but still catching smoke, filter it with a mask and stay inside.