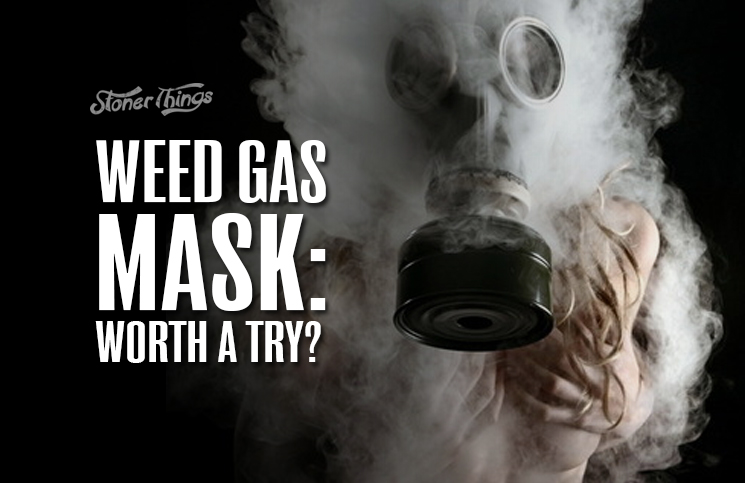 If you should ever run out of new ways to smoke dope, it’s probably because you aren’t being creative enough. From standard spoons to high-powered vaporizers, the options are almost endless. 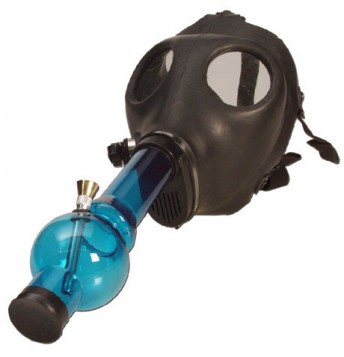 And some of them are downright odd. Take the gas mask, for instance. The sight of a stoner strapping into a facemask and filling it with smoke can be a little jarring. Why do people do this? Does it have any effect? Is it dangerous?

To answer these questions, we tried out an unbranded weed gas mask from a local head shop. The results were underwhelming. Still, for the experience alone, it’s a stunt worth trying at least once in life.

Weed gas masks are designed mostly for use at parties, expos, and other stoner gatherings. They’re possible to use alone, but you’d need a full-length mirror and a fair amount of dexterity.

The setup is simple. The mask itself is placed on the face, and several straps are pulled behind the head to secure the mask and create an airtight seal.

The mask contains a circular port, normally used to hold an air filter. Instead, the mouth of a special-made plastic bong is pushed into the hole. A second, smaller hole, is then sealed so air can only enter the mask through the bong.

Lighting up alone is not easy

Then comes the hard part: lighting the thing. This is easiest if you’re with at least one other person, since you can’t see the bog’s bowl through the mask. If you’re alone, you can light the thing in a mirror, though that’s a little depressing.

The gas mask’s novelty is what makes it work. It’s similar to a hotbox, a closed container or vehicle filled with marijuana smoke. In both cases, your lungs and skin are saturated with cannabis.

And that’s part of the downside to this device. As you breathe through the bong, the mask fills with smoke. Since there’s an airtight seal, it has nowhere to go, and as well as entering your lungs, the smoke also gets into your face and eyes.

The end result is that you feel red-eyed, greasy, and stinky when you’re done. If you’re in the midst of a pot party, it’s probably OK. But if you’re at home, smoke in the face isn’t a very comfortable way to spend a night.

Will a weed gas mask get you that blazed? 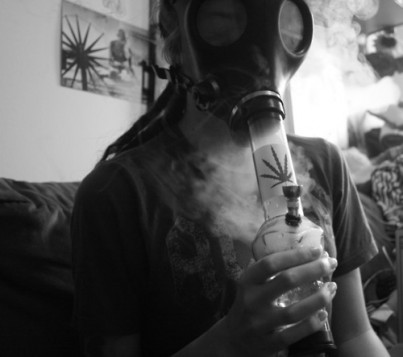 But the bigger question is whether it works. After two or three rounds, we noticed little difference. At most, the mask made the high marginally stronger, but not enough so you’d really notice.

For one thing, it’s hard to hold your breath for any length of time inside the mask. Plus, the bowl that comes with these masks is typically very small, so you really can’t get more than a couple of tokes at a time. And even with help, it’s hard to reload the thing without taking the mask off.

Frankly, you’d do just as well to smoke a bigger bowl through a real bong. The weed face mask is definitely worth a whirl, but you won’t want to use it on a regular basis. That said, it’s a cheap toy that could light up a good party – literally.

Also, a word of caution: Were things to go catastrophically wrong, you could suffocate inside your mask. If you have claustrophobia or breathing problems such as asthma, you should probably pass on the face mask. You won’t be missing all that much.